WIRELESS speakers in the realm of high-performance audio have largely been overlooked by major hi-fi manufacturers (with the exception of a British company with a singularly digital-based approach).

For most part, the wireless aspect leans towards gimmickry rather than true functionality – utilised in place of speaker wires in a home theatre set-up, for example.

However, a speaker that can connect to an existing WiFi network opens up a different set of possibilities, and if implemented well as in the KEF X300A Wireless speakers here, the results can be stunning. 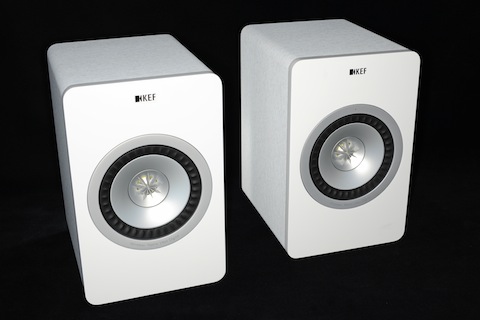 BITS AND PARTS: In terms of looks alone, the X300A Wireless is a winner. Available in Gunmetal and Linear White finishes, it employs KEF’s trademark Uni-Q driver array, where the tweeter sits at the centre of the mid/bass driver cone. The design is clean and minimalist, with accents provided via the mid-bass driver’s ribbed “Z-flex” surrounds and “tangerine” waveguide on the tweeter. No questions about its WAF (wife acceptance factor) here.

Describing the many functions of the X300A Wireless is a bit more challenging, but in essence it is an active speaker with dual Class AB amplifiers on board each speaker unit (50W for mid/bass, 20W for tweeter). It can be used as a desktop speaker (near-field listening) or traditionally mounted on stands. It is, however, rather large with dimensions of 28 x 18 x 24cm (h/w/d) and 7.5kg weight per unit and can overwhelm the desk space.

The real beauty of the X300A Wireless is what it can be tasked to do. Its Wi-Fi connectivity means that any computer or smartphone can be a source device as long as it resides on the same network (via Apple Airplay or DLNA).

Notably, the X300A Wireless sports an internal 24-bit/96kHz DAC, which allows for asynchronous connection to a computer via USB for high-resolution audio playback. 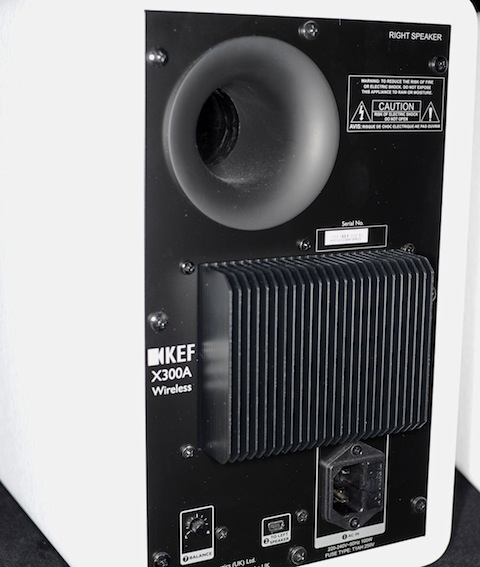 The main connections are found on the left speaker’s back panel, which sports the LAN port, USB in and an auxiliary input – as this is a mini-jack input, it stands to reason that it is made more for portable audio players such as iPods, and not for fixed-volume outputs from CD players or otherwise.

Also found there are its power switch, system gain control knob, USB connection to the right speaker and a toggle switch to customise the sound for desktop or stand-mounted placement. A large heatsink, bass port and IEC power input are common on both stereo units, with the addition of a balance knob on the right speaker.

The bass response for the pair can also be tailored, with foam bungs that can be used to tune the respective ports in two different configurations (three if no bungs are used). All wires and leads, except for a mini-jack cable, are included in the box.

Setting up the X300A Wireless requires the use an app on Apple or Android devices or a program on a computer, available on the KEF website. The app walks you through the process of connecting to the Wi-Fi network, a one-off task that is fool-proof.

When connected to a computer via USB, the X300A Wireless works just as an external USB DAC would. Simply select it as as the output device in your media playback program of choice (with required drivers installed on Windows PCs) and you’re good to go. 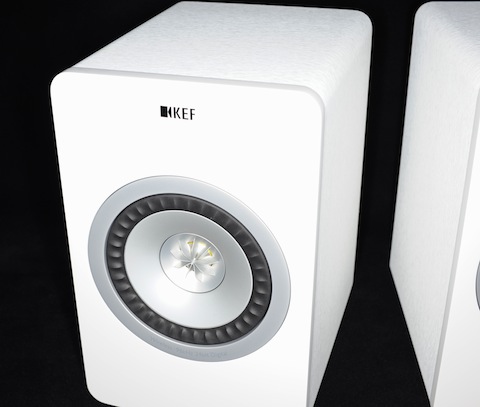 IN CONCERT: To cut straight to the chase, the sound that the X300A Wireless produces is glorious. To dissect its sonic nature into the typical bass response, treble extension and so forth would be a disservice – it invites the listener to enjoy the music as a whole. Which is not to say it doesn’t excel in each particular area, just that it sounds so musical and tonally rich, the sum of it is definitely worth more than its individual parts.

Bass is there when you want it – not necessarily thunderous, but enough to make its presence felt during drum/bass solos or even the fiery explosion or two in movie soundtracks. Reproduction of the human voice – whether conversational or sung – is incredibly vivid, as are acoustic wood-bodied instruments.

What also impresses is how detailed and open it sounds without being in-your-face. It’s not the etched-out,ultra-precise type of detail you hear, rather it’s how easily one can pick out an instrument from the generous soundscape it provides. 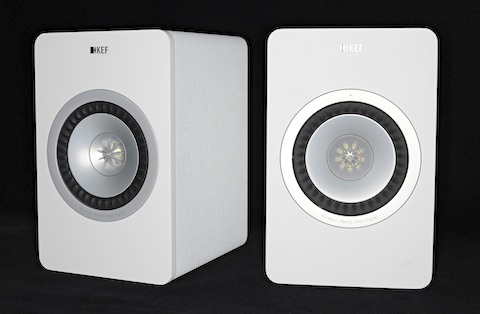 Also, I found the X300A Wireless to be of an extremely flexible nature. I fed it all sorts of music – jazz, orchestral and rock – as well as tasking it for home theatre duties, sometimes at prodigious volume levels. It does have its limits, but it can fill up large living rooms with ease before reaching these.

As for the wireless aspect of the speaker, I was able to stream 24/96 files from my iPhone 5s. Apple device users will have to find ways to overcome the two-second latency between action on screen and the audio if using it as an external speaker for games or videos, though. 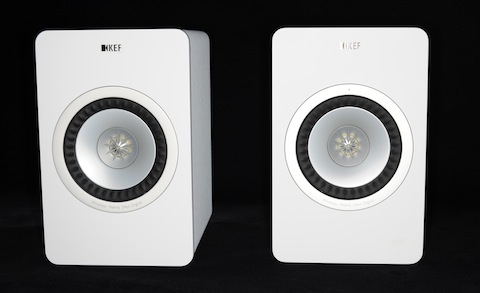 APPLAUSE: These are great-sounding speakers, even when matched against similarly-priced passive units. The combination of great looks and superb performance is a boon for those who don’t want to go through the hassle of finding a matching amplifier to go with it. KEF has done all the hard work here!

BUT…: The lack of volume remote control, or at least an easily-accessible volume knob (that puny gain knob at the back panel just doesn’t cut it) reduces its utility as a transducer for traditional source components such as CD players.

Also make sure the Wi-Fi network is stable or drop-outs can occur. Distance between the speakers is also limited to the three-metre length of the supplied cable, but longer third-party options are available.

FINALE: The KEF X300A Wireless speakers are squarely aimed at the digital generation and geared more towards desktop use. If lack of a volume control is not an issue, it will out-perform any soundbar or home theatre system of equivalent price on pure sonic terms alone. Highly recommended.