Aurender Flow… a headful of fidelity

HERE’S a not-so-well-kept secret among studio professionals – if you really want to hear what’s on your master tapes (or these days, hard drives), the surest and cheapest way to do it is to use a pair of headphones.

Sure, there are studio monitors, but these cost a lot more for similar quality and the resulting sound would be subject to a myriad factors – the most significant being the interaction between transducer and acoustics of the room.

The use of headphones, naturally, eliminates the room from the equation. So, with one less factor influencing the result, a purer, and therefore arguably better quality sound is perceived.

The point of all this? Well, high-resolution audio files are very accessible these days, and if you want to hear true studio-quality sound, it seems all you need is a computer or a smartphone, a good pair of earphones and a gadget like the Aurender Flow portable DAC/headphone amplifier. 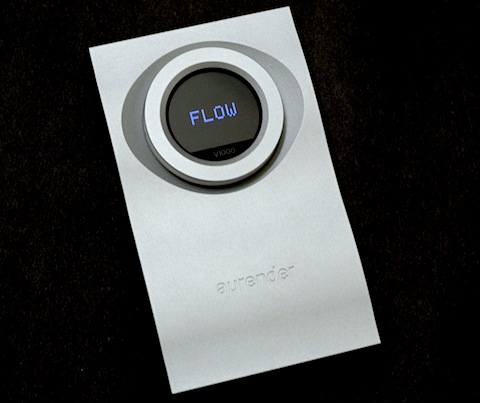 BITS AND PARTS: The Aurender Flow has dual functions, the first being a high-quality headphone amplifier with 5.1Vrms output, which should drive the most demanding of cans out there. Note, however, that it does not have any analogue inputs, so you wont be able to connect your turntable to it. Which is fine, as this brings us to its main selling point…

The Flow is also a digital-to-analogue converter compatible with the highest-resolution digital formats commercially available today – double-rate DSD (5.6448MHz sampling rate, twice the normal 2.8224MHz rate found on SACD discs, also known as DSD128 as it supposedly has 128 times more information than CD) and PCM up to 24-bit/384kHz.

All this is achieved with the ESS Technologies’ Sabre ESS9018K2M chip. PCM-only portable DACs have been around for a while now, but DSD compatibility is slowly becoming a de facto feature if any product wants to sport the “high-end” label.

The Flow even provides an option for an mSATA storage drive, but this requires you to open up the casing and fit your own hard drive of choice (they even provide a screwdriver for this purpose). (Editor’s note: Apparently, you need a Samsung mSATA drive for best compatibility.)

However, despite the option of on-board storage, the Flow is not a standalone player – it requires either a computer (PC or Mac) or a smartphone (Android or iPhone) to work. Android phones work off the bat, but iPhone users have to purchase Apple’s Camera Connection Kit (CCK) separately. Now, considering the price one is going to pay for this product, it begs the question why Aurender did not shell out for the Apple MFi (made-for-iPhone) licensing fee instead of passing the burden to the consumer. 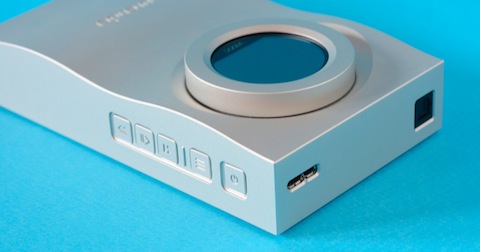 Also, iPhone users require a third-party app to play FLAC or DSD files (not Aurender’s fault) and similarly for Android if playing DSD and files above 16-bit/44kHz. For PC users, all required drivers (ASIO included) are available from the website. The Flow works natively with Macs without the need for additional drivers.

So how about the Flow’s portability factor? Well, it may just about fit in your pocket – but that’s literally quite a stretch. With measurements of 80 x 137 x 28mm and a weight of 450g, you’re going to need some pretty big pockets. Part of its weight, though, is due to its internal 4,450 mAh Li-ion battery, which takes four-to-five hours to charge fully and gives about seven hours of play time through 300 ohm headphones.

The fit and finish of the all-aluminium chassis is excellent, and the term “built like a tank” really rings true here.

In terms of connections, there’s a single quarter-inch headphone output (which also doubles as a line-level output), and USB 3.0/2.0 and optical digital inputs. It may seem a little sparse, but also included in the package are a wealth of cables with RCA line-level, USB 2.0 and 3.0 and Android OTG connections, an optical digital cable and also a quarter-inch-to-3.5mm jack adaptor. 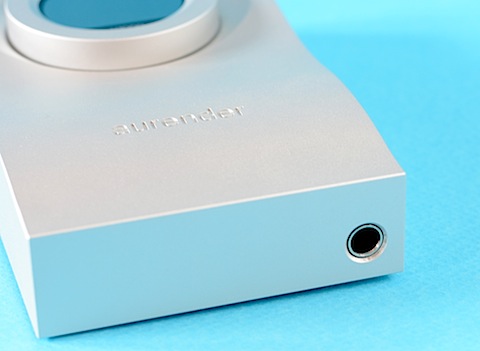 The front of the unit houses a “velocity-sensitive” volume knob (the faster you turn it, the faster the values change) which I found to work exactly as advertised. Within the centre of the knob is a dimmable dot-matrix display, which is rather small but sufficient to display all activated functions clearly.

On its side are playback control buttons which will work with any device it is plugged into (however, the track “forward” button – referencing the “play” button – is actually the “back” button). These set of buttons also allow activation and navigation of its menu system.

IN CONCERT: The first thing you want to do is to read the online manual – there is no hard copy provided, or a downloadable PDF version of it.

The Flow’s feature set is quite extensive, but briefly, there are options to set filters for PCM and DSD playback, source component selection and output voltage, among other variables. Getting the Flow working with the various devices was painless (with the required Windows drivers and Apple’s CCK) and everything worked flawlessly as per the manual prescribed.

Generally, the Flow has a neutral sound signature, to the point of being clinical. This was evident at any volume, and with whatever cans were being used. Even when driving the DR150s at louder-than-normal levels, it did not put a step out of place, similarly during its pairing with the HE-400i. However, this neutrality may not be for everyone, and those with an inclination towards warm, tube-like sound may even consider it a little staid.

That said, what it managed to dig out in terms of detail was outstanding. Play a well-engineered recording and it lays bare the nuances within, and it only gets better with higher-resolution files – I had no trouble identifying a DSD file and the same music down-sampled to 16-bit/48kHz FLAC, for example. Needless to say, it will reveal all the warts in a less-than-ideal recording or file format. This may persuade you to favour the lusher-sounding recordings, but is that really a bad thing?

The Flow also has plenty of treble extension, and an initially-perceived stridency turned to realisation that it just sounded ultra-clean. Vocals and instrumentation in the mid-band similarly sounded as honest as I’d heard in some time, without the slight emphasis some tend to favour. Bass was snappy, weighty, and during some sustained bass notes, the Flow kept an iron grip on proceedings and never wavered. 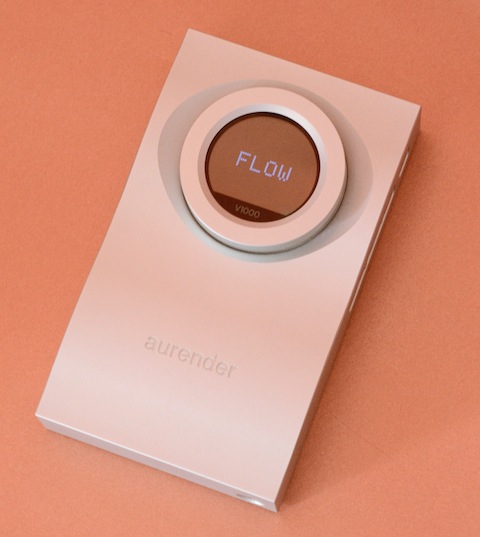 APPLAUSE: Admittedly, most of my musical enjoyment is obtained via a traditional hi-fi separates system, but I can appreciate a well-designed product when encountered. The Flow has tremendous drive and clarity – and the fact that it conveys these so effortlessly speaks volumes of its quality. If you want to convince someone who isn’t into hi-fi that high-resolution files are worth the trouble, I’d let them hear these through the Flow.

BUT…: Providing just USB and optical digital inputs is rather limiting – I would have liked a coaxial digital input as well as an analogue connection to its amplification section. Also, providing on-board storage without standalone playback capability diminishes its portability factor if you have to pair it with a computer or smartphone – and don’t get me started again on the Apple CCK!

FINALE: The Aurender Flow may not be as portable as made out to be, but its solid built and cutting-edge file compatibility make it a worthy of an extended audition.

Those who want their music clean and hear it as it is, need not look much further than this. Granted, the Aurender Flow’s asking price is not exactly cheap, but can you put a price on true fidelity…?