SONY set the trend and template for portable music playback hardware with the Walkman cassette player back in the late 1970s, but the digital era saw others overtake it in the game. There’s no denying that Apple and its slew of iPods have ruled in the past decade or so…however, the advent of high-resolution music beyond CD’s Red Book standard has seen new trendsetters enter the fray.

It was natural progression, then, for Sony to evolve in this area. Its previous high-resolution player, the Walkman NW-Z1, was a significant success, drawing critical acclaim from the audio press. Now comes the Walkman NW-ZX2, which the company announced earlier in the year and which is undergoing a staggered launch in various markets.

The NW-Z2’s Malaysian launch was held on March 10 and we’ve been promised a review unit soon. Meanwhile, a little preview on the NW-Z2, which operates on the Android (4.2) platform, and retails for a princely RM4,999 (the US price is $1,200).

Various improvements and upgrades have been made from the older player (which Sony will still be selling), including a higher capacity battery, external storage and a strengthened chassis. Sony says the sonic improvements over the ZX1 are also significant. 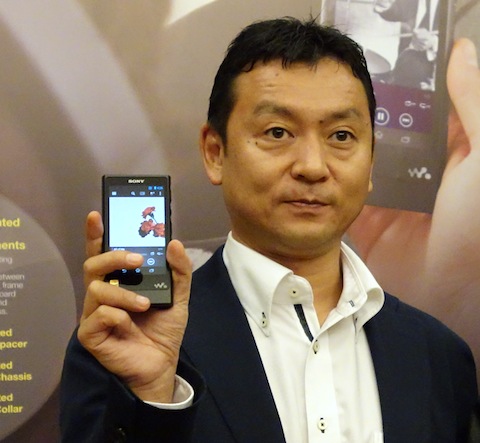 “Sony has always been in the pursuit of innovating new levels of sound experience to consumers and audiophiles with our High-Resolution audio technology,” said Sony Malaysia managing director Hatano Satoshi (pic) at the launch.

“With the NW-ZX2, we pushed beyond our capabilities in enhancing our device with the latest locally-developed technologies that enhance user value and the wireless sound experience.”

First impressions
The NW-ZX2, at 65.1 x 131.2 x 18.5mm (w/h/d) and 235gm, is slightly larger than the older unit but still fits into the palm as comfortably as a cellular phone. We managed to navigate through the menus will little effort, the music library being organised very neatly.

A brief listening session via Sony’s esoteric MDR-Z7 headphones left us pleasantly surprised – the sound via these headphones, whatever the type of music selected, was smooth, well-detailed and easy on the ear.

There was great depth and space to the reproduction of the music – we reckon long hours plugged into the NW-ZX2 will leave the listener unfatigued. Of course, this would also depend on the headphones… but you’re not going to use a cheap pair of cans with a music player of this price and calibre.

We had a good start with the NW-ZX2 then, but let’s see how it fares under greater scrutiny when we get the review unit. On non-sonic matters, the provided leather case is a nice piece of work. 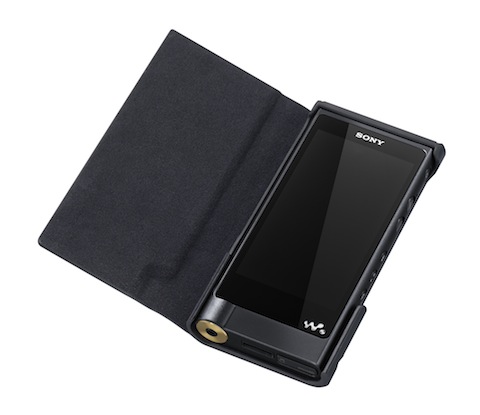 The technology
Sony’s new technology LDAC (low latency codec) allows high-quality wireless audio via Bluetooth, the data transmitted being thrice as much as previously. Easy connectivity and set-up are promised, with little fuss.

There is 128GB of memory on board, along with a micro SD card slot, Wi-Fi and a large capacity Lithium-ion battery for up to 60 hours of music playback per charge for MP3 (128kbps). High resolution playback will get you about 33 hours of use on a charge,

Other sections like the synchronising clock and headphone output have been improved as well. The clock uses two crystals, which Sony claims reduces distortion and noise while reproducing wide frequency response for a clearer acoustic experience.

The power supply has been enhanced through the use of electric double layer capacitors, OS-CON (conductive polymer aluminium solid capacitors) and the large capacity Li-ion battery. Other refinements inside include thick-film copper-layer PCBs, OFC cables and high-purity lead-free solder. These reduce impedance and allow the NW-ZX2 to achieve higher sound resolution. 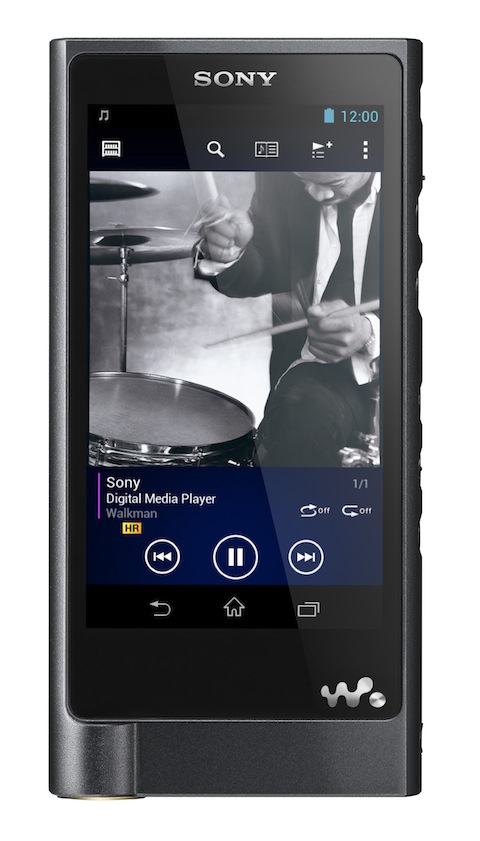 The case is a step-up from the ZX1 – the ZX2 uses a gold-plated copper plate within the aluminium alloy chassis, for a more stable ground.

Whether it justifies the asking price, we’ll see after a more intimate session with the NW-ZX2. Stay tuned…