IT was the Sony Walkman that started it all. The “head-fi” movement of today owes its roots to this little Japanese innovation. It even has an entry in the Oxford English Dictionary to signify its impact on modern culture.

We are, of course, talking about portable audio players here, and when Sony released its first-ever Walkman in 1979, it also created one of the defining icons of the 1980s. Yes, it has had a rocky past and suffered a near-demise in 2010 (sales of the cassette Walkman ceased in Japan, but continued in other regions), but is admirable in the way it adapted itself to the popular format of the day. It has embraced them all – the compact cassette, CD, MiniDisc and also non-physical digital formats like MP3. 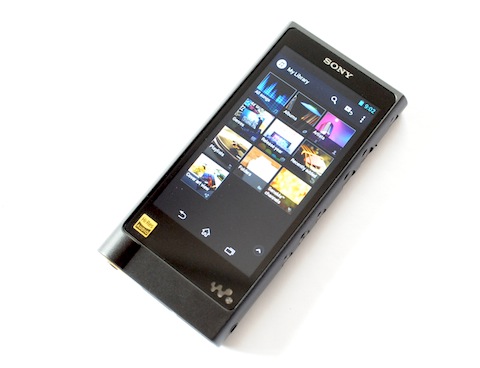 BITS AND PARTS: Almost everyone I showed the NW-ZX2 to thought it was a smartphone – and they weren’t far off the mark. It definitely looks like one and it even runs on an Android platform (albeit a legacy “Jelly Bean” 4.2 version). With its four-inch touchscreen, it operates just like any Android smartphone would, just without a call function. This means you can download apps from the Google Play store, and by extension, avail yourself to any online streaming service such as Tidal, Spotify, Pandora and more.

Any similarities to smartphones end here, as under the hood, the NW-ZX2 has been optimised for high-quality, high-resolution audio playback. You’ll have to read the technical specifications for the full picture, but Sony has seemingly taken into account practically every aspect of the device to optimise quality playback and even threw in some of its proprietary technologies for good measure!

These include the use of two clocking crystals, for sampling rates in multiples of 44.1kHz (88.2, 176.4) and 48kHZ (96, 192) respectively, as well as thick-film copper-layer PCBs, OFC cables and high-purity lead-free solder for the signal path. 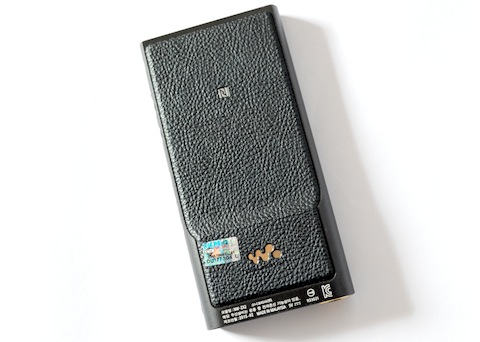 These and more account for the NW-ZX2’s bulk. The chassis is a solid piece of work – it measures 65 x 131 x 18.5mm (h/w/d) and weighs 235g – and even this has been optimised. Made from aluminium alloy, it has been further lined with a gold-plated copper plate for better grounding and isolation. It’s heavier than most smartphones, but feels good in the hands – and with its textured back, it will not slip out of your grasp easily.

So what can it do? In terms of file compatibility, pretty much everything – lossy MP3, WMA, AAC, WAV, lossless FLAC, AIFF, ALAC (up to 24-bit/192kHz), and up to double-rate DSD (2.8MHz/DSD64 and 5.6MHz/DSD128). High-resolution audio files are necessarily large, and the NW-ZX2 has a massive 128GB of storage space – this is probably enough to store every single MP3 you’ll ever own. Even with high-res files, you can listen continuously for at least two days before hearing the same song again. If that’s still insufficient, it has a micro SD card slot to expand storage even further! Populating the device via a computer is a simple drag-and-drop affair via USB, but note that the connector is an uncommon 22-pin type. 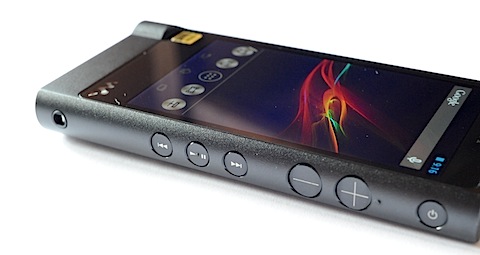 IN CONCERT: Those familiar with the Android ecosystem will have no trouble using and navigating around the NW-ZX2. For all others, there is a slight learning curve involved, mainly to find where all the different functions and settings menus are located. Frankly, Apple’s iOS system is easier to work with, and if you factor in the click wheel of classic iPods, the NW-ZX2 gets left in its wake. That said, its side-mounted control and volume buttons have a nice tactile feel, and operating the unit unsighted isn’t an issue.

In operation, the NW-ZX2 is a pretty slick machine. It is responsive and very stable – at no time did I experience any hiccup while listening and fiddling around with its apps (surfing the Internet, etc). But a word of caution here – battery life is nowhere near the claimed 33 hours (for high-res audio, 60 for MP3). Playing high-res files, at best I managed to wring out of it was about seven hours. Those who want to take it on a road trip will need to have a battery pack handy, but keep in mind this adds heft to the already-hefty NW-ZX2!

Performance-wise, the NW-ZX2 is excellent… but with a huge caveat – it does not have enough drive to power full-sized headphones adequately. It works best and can achieve high volumes with smaller in-ear types, but with larger cans, it is simply not loud enough, though you can hear its inherent quality. Personally, I feel this is the biggest limitation of the NW-ZX2. It isn’t cheap or lightweight to begin with, and necessitating the use of an external amplifier for proper full-cans enjoyment is a big let-down. Also, when partnered with the DSD-compatible Sony PHA-3 DAC/amp, the DSD indicator on the amp did not light up – although it did with a PC. If so, using an external DAC – even Sony’s own – loses some benefit of the NW-ZX2’s DSD file playback (it is still high-res, just not DSD). 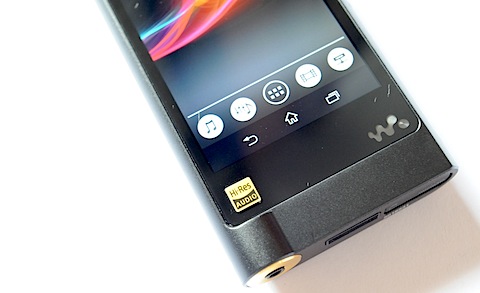 Interestingly, I preferred the sound of the PHA-3 connected to the NW-ZX2’s headphone (analogue) output compared with a digital coupling via USB.

With the caveat that the sonic character ultimately heard depends greatly on the headphone used, what you get during normal listening is quite impressive. The NW-ZX2 is generally neutral in character, and it allows you to hear deep into a recording, with plenty of detail on tap. Compared with the regular iPhone (both 4 and 5s), the music simply breathed better and there was a harmonic richness heard, absent for most part from the iPhones – frankly, I’ve not heard my low-cost buds ever sound this good. There’s also good separation of instruments and a soundstage that isn’t congested.

Connecting the NW-ZX2 to an external system – in my case my car’s (Kia Forte) auxiliary input and home audiophile rig, direct to power amp – was quite an interesting exercise. The bass seem slightly recessed on both systems, with some thinness in the midrange. While I was not expecting it to match the capabilities of my reference system, it did give a decent account of itself. It will not match the performance of a dedicated source of similar cost to the NW-ZX2, but in a pinch, it will do the job – especially when playing high-res material.

APPLAUSE: Sony has taken great pains to design a high-quality product and it delivers. This is a product that has the feel and performance of a top-notch device.

BUT: Battery life is decent, but won’t be enough to last the whole day through. Also its incapability of driving full-sized headphones to decent volume levels means you are limited to the more sensitive types. Price-wise, it is a bit of a shocker, and the man on the street may be intimidated by its price tag. But then again, just like, say, a Ferrari, these weren’t made for the common man, were they?

FINALE: While other portable high-res players are available on the market, none of them have the popularity and reach of the Sony brand name. Perhaps the NW-ZX2 is the gateway product that will introduce high-res audio to a new breed of audiophiles, and that can only be a good thing. 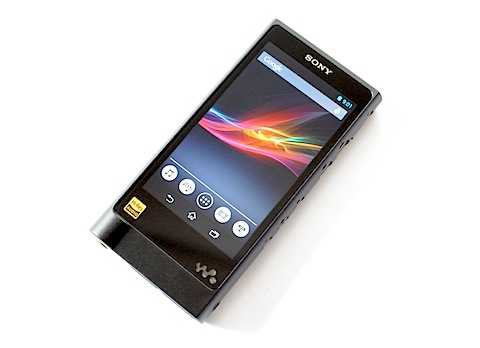