IF you’ve ever doubted that science and snake oil could make compatible bedfellows, you only need to wade into the realm of hi-fi… where technology and the dark arts appear to comfortably co-exist.

I didn’t quite know what to make of Entreq, a Swedish company that offers a range of accessories to enhance the performance of your hi-fi system. What I do know, however, is that vibrations and resonance are generally detrimental to good sound. The Entreq Vibb Eaters are claimed to banish vibrations that are inevitably formed when the drivers in a speaker cabinet begin to pump out the music.

The Vibb Eaters come in different sizes and weights – you’ll need to match them to the weight of your loudspeakers, apparently for optimum effect. The ones I procured for this review were the “Mini”. Each unit comes with a thin and circular felt pad on which it is placed. 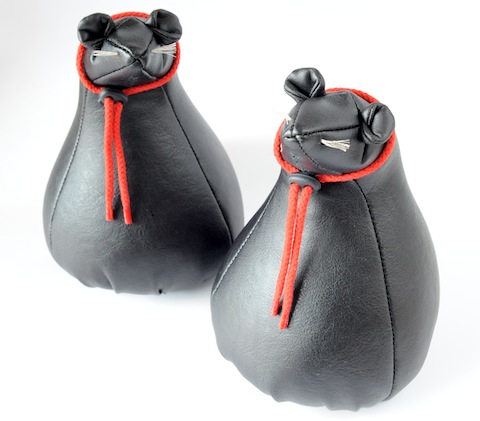 BITS AND PARTS: Speaker cabinets, we know, need to be stable and free from distortion-inducing vibrations. This occurs when the drivers begin moving, resulting in the loss of musical energy.

You can’t get rid of this energy, of course, if you paid attention in Physics class… but it can be converted, from mechanical to heat energy, which Entreq says is the least harmful to the musical signal.

This apart, there’s also the matter of magnetic fields formed by electronic equipment – the Vibb Eaters can also reduce their effect on the sound.

I’ll let the entry from Entreq explain what the Vibb Eaters do:

“Vibb Eaters consist largely of our own dedicated copper-based sand mixture with the addition of small quantities of, amongst other things , specific precious metals. The properties of this mixture offer very interesting characteristics, particularly in the areas of magnetic fields, field effects, as well as dealing with physical vibration and surface energy. When you place a Vibb Eater on top of your loudspeaker or on top of your electronic equipment, the vibrations and various magnetic fields that come from the boxes are absorbed. Then, through the mechanical friction between the copper granular mixture, the excess energy is converted into very low level heat.”

The three things to note, Entreq says – the weight of the Vibb Eaters further stabilises the speaker cabinet or equipment case; the Vibb Eaters extend the height of the box to a point outside the cabinet, so that the energy formed is no longer part of the box; the magnetic characteristics of the granular filling inside the Vibb Eater positively impacts fields generated around and in the box.

As you may have observed by now, the way these Vibb Eaters are packaged leaves one in no doubt that their designer possesses a great sense of humour. 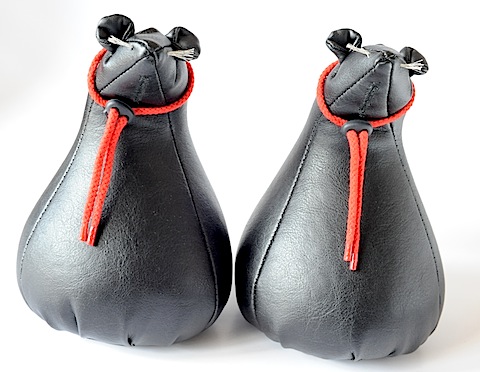 IN CONCERT: As I expected, placing a Vibb Eater Mini each on my ATCs did elicit some positive results from the system. For one, the bass was tauter and cleaner, without losing any body… any little muddying effects present earlier were banished.

The whole sonic presentation across the frequencies was free of any vibration-induced contaminants, putting the midrange in clearer focus and enhancing treble clarity and poise.

The result, also, was that a little more macro-detail did show through in the recordings; nuances one may have casually passed over sans these things, now surfaced with more clarity.

Placing the Vibb Eater on my amp effected less distinctive enhancements – I thought the backdrop was darker, and whatever little grit or grain that may have been originally present faded away. Unfortunately, I had only a pair of Vibb Eaters, otherwise, it would have been interesting to hear how they impacted the system in greater numbers.

The most obvious gains, for me at least, came when these were placed on the speakers… the sense of the presentation being cleaned-up wasn’t just my imagination. 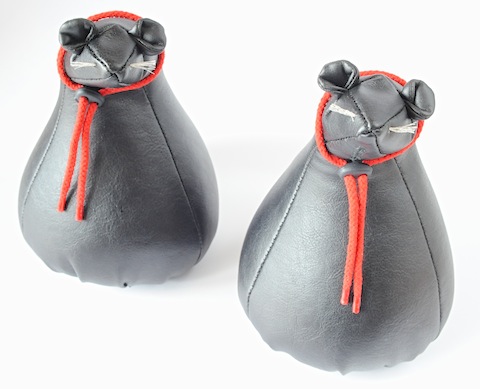 APPLAUSE: Once you’ve despaired of squeezing any more from your speakers, these Vibb Eaters step in and take that last mile confidently. They’re simple to use, and from what I’m told, you should aim at having one on each of your system’s components.

BUT…: Priced a bit high. They’re a hard sell to anyone other than a dedicated audiophile with a fetish for fine detail. Some would say a couple of well-wrapped heavy bricks, while less mirth inducing in their looks, would do the trick almost as well.

FINALE: Before you run out to buy a pair, expecting some miraculous leap in performance from your hi-fi system, stop and think – have you, to start with, set up your speakers and other equipment optimally.

If you have, and want to extend their performance just that bit more, take home a trial pair and listen carefully. You may be convinced… or not. Ultimately, it was the price that swung my decision not to buy.