THE headline on XTZ’s homepage for the Divine touts that it “offers DSP technology from Dirac, the most advanced DSP on the planet”. For the uninitiated, there may be two points in that sentence that warrant a little explanation – who is XTZ, and what’s the big deal about having DSP?

Let’s shed some bite-sized light on the above:

Firstly, XTZ. Before the nondescript sleek black box landed at my doorstep, I’d not heard of the company before, much less anything about the quality of sound their headphones would produce. A few keyboard strokes later, Google informs me that its company founder, Olle Eliasson, started his sonic journey in 2004 and today produces stereo speakers, home theatre, professional cinema, commercial, computer speakers, amplifiers, measurement systems and of course, headphones.

They operate production plants in both Sweden and Asia. It’s not quite clear where these headphones are made as I couldn’t tell from the packaging.

As for question two, a simple explanation would be that the DSP (Digital Signal or Signal Processors) are microprocessors that run algorithms which form a central role in the process that converts analogue signals (for example a recording of your favourite band) to digital (such as CD tracks or MP3 files that are stored in your iPod) and back again to analogue for your listening pleasure.

So in theory, having a partnership with dedicated DSP specialists like Dirac should produce sound that’s better than your average set of cans. Do they? Let’s find out. 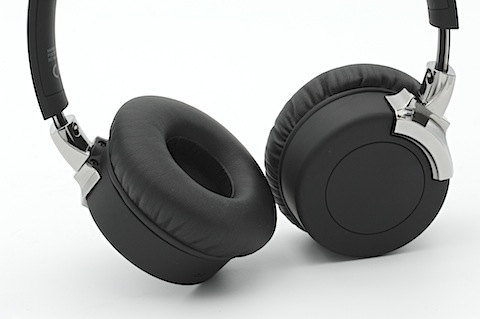 BITS AND PARTS: Before we get into the main course, let’s see what’s in the package. The closed-back supra-aural, Bluetooth-enabled headphones come boxed in a nicely formed internal foam fit. Along with the main products, you’ll get some handy accessories – 3.5mm headphone cable, USB cable (for charging the headphone), flight adapter, 3.5 to 6.3mm adapter and storage bag.

The technical specifications give the frequency response as 15Hz to 32kHz, output level at 104dB, battery time of up to 14 hours (was quite impressed that actual usage seemed to exceed this), driver diameter of 40mm and weight of 170g (it’s light and a snug fit).

Physically, the construct is sturdy enough for reasonable day-to-day usage for the person on the go. The headband is firm enough and veering a tad on the stiff side, which is fine. It’s quite light and doesn’t give you wearer’s fatigue.

The other good point is storage – the headphone cups can lay flat by turning them sideways. Very handy when it comes to storage in your backpack. Chrome accents highlight the hinges on the headphones along with the matt-black finish.

The printing of the logo could be better though, as it seems to come off easily. Styling-wise, nothing as loud as the Beats or V-Moda but it’s got “nice buttons” on the side as one of my friends would put it, referring to the song selector and volume controls.

The unit sports red, blue, and green LED indicator lights that indicate when the unit is charging, charged, powered on, and powering off. The flashing sequence is intuitive and easy to understand. 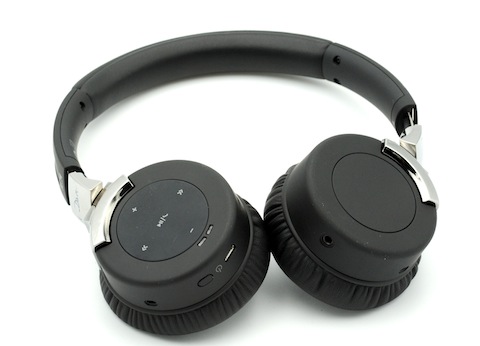 IN CONCERT: Now onto the main course – does the advertising on the DSP hold true? In short, quite a fair bit. A head-to-head with similar headphones in its class shows that XTZ is serious in delivering its promise of quality sound.

Clarity and sound separation are impressive with the mids and trebles nicely balanced on tracks by Little Richard, the Eagles and vocals on Samantha Jade’s Breakeven. If anything, one may whine about it leaning on the bright side but that would be nitpicking.

Bass is punchy but some would say too “polite”. Bassheads may find these headphones a tad laidback so dance and techno genres like Madeon’s Imperium may require you to tweak the equaliser or crank up the bass dial on your headphone amp if you have one. The good thing with doing this is that there’s minimal compromise and doesn’t muddy the clarity of the mids.

Soundstaging is relatively narrow, which is a downer for me personally given the impressive effort on the separation and detailing.

I had some issues connecting Bluetooth on iOS and if that’s missing, will be a feature you’ll miss once you’ve tasted it on Android and Windows. 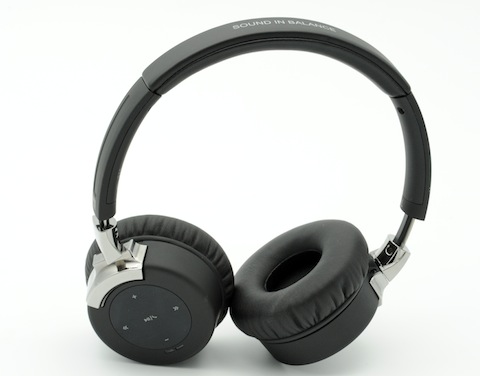 The Dirac app feature that XTZ partners with will also not work on Spotify so if that’s your go-to music source, then you’d have to be content with doing without (although I don’t feel that it’s a big loss as the headphones still performed well on other source platforms).

The added features of having NFC and Bluetooth compatibility make for an entirely new dimension to mobility sans cables. I would daresay the Divine is one of the better headphones with these features at the moment for its class.

These are closed cans but not noise-cancelling so trains and noisy environments will affect the listening experience. But its strength in the trebles and mids will ensure the music cuts through more ambient noise. 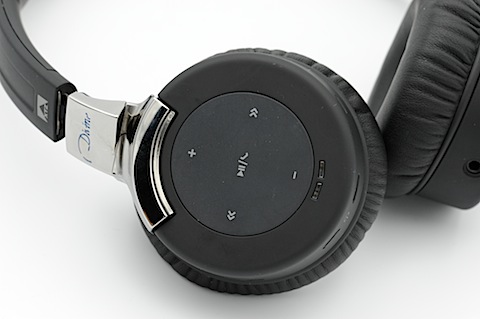 APPLAUSE: XTZ has produced a solid offering for cans in this price range and size. It’s the world’s first DSP-enabled wireless headphones, which is an accolade in itself. Comfort for these supra aural cans are decent and the Bluetooth features earn it brownie points for the user on the go. I took it on the road, to shopping malls, walking the dog and it performed nicely without fuss.

There’s also the convenience of the forward and back buttons for song selection plus volume controls built into the right side of the headphones which is handy. Charging via the supplied USB cable is a breeze and fuss free with a full charge lasting up to 14 hours. The demo unit just seemed to go on and on, so I reckon it does exceed the stated 14 hours.

BUT…: Bassheads will find it lacks depth and body due in part to the smaller soundstage. As such, it may sound more clinical than fun in this regard. As a preference, it really depends on how much premium you place on this aspect. Bluetooth connectivity for the Apple is iffy.

FINALE: You’ll find there are no complaints on the money-to-feature ratio with the Divine. First impressions may not immediately jump at you but it will prove pleasing with more use. The ‘phones deliver both in form and function, from the crisp separation and build quality to its Bluetooth platform and ease of use.

Kudos to XTZ for its foray into Bluetooth-enabled headphones and I’m sure the company will evolve this line further given its very successful launch on Kickstarter.

If you’re shopping for a pair of headphones in the price range, this should be on your radar of “must-try”.

Philip Teh likes most popular music genres, moonlights in a band, appreciates a good book and does occasional sketching. He sometimes takes the subway to work and is a right-brained guy with a left-brained job. Your average Joe who likes to think his reviews represent an honest opinion for the common man.