The more things change the more they seem the same. It’s been nearly six years since I bought an iBasso device, back when they had fighter-jet like snake-themed names: the D10 Cobra and D4 Mamba.

The new D14 Bushmaster portable DAC/headphone amp more discreetly keeps up the serpentine tradition, having the nickname of a pit viper. The design, too, looks largely the same, a slick rectangle with analogue outputs and volume pot on one side, digital inputs on the other.

Beyond a gain switch, iBasso maintains its spartan style devoid of bells and whistles. Frankly, I prefer it this way, especially for mobile units not to have additional switches to trip or break.

It also helps keep the D14 Bushmaster’s price down, around the competitive and affordable US$200 range. 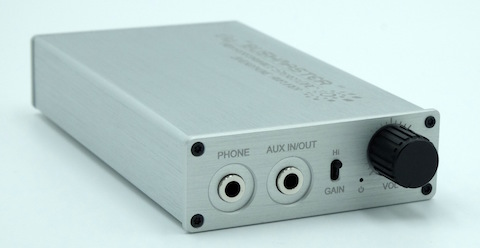 BITS AND PARTS: Presented in a black box covered in product specs, the unit comes tucked snugly in foam, with its accessories hidden in the hollow underneath. The case seem secure enough to warrant keeping in the event you try to pack the D14 into your luggage or mail it somewhere.

The review unit came in brushed metallic silver, with a roughness to the texture that gives it an industrial chic vibe. It pairs great with Apple’s silver-grey products, though some might prefer the classic black version that would look more in place with other hi-fi equipment.

There’s also oodles of wires: an OTG mini USB to micro USB to connect to a phone, a mini USB to USB A for computers, and two 3.5mm cables. Two rubber bands are also included for safer stacking. While the older iBasso amps came with leather pouches, the company has moved on to dust-magnet felt pouches with better padding.

Anyone familiar with iBasso will have a breeze navigating the controls. On the front plate, there’s a headphone out, auxiliary in/out, and a volume pot. The gain switch is now in between the auxiliary input and the volume pot, allowing for thicker cables to be used without touching the volume. 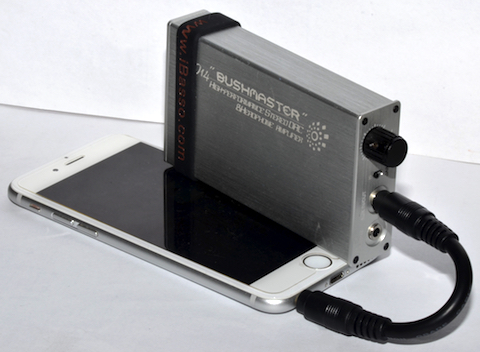 The volume pot is slightly stiff so listeners don’t blow their eardrums should they carelessly brush against it. The gain switch is similarly safe from accidental adjustments thanks to its recessed design. These improvements make it possible to safely use the D14 on the go, just pair it with a phone and stuff it in your bag. At 60 x 104 x 20mm (w/l/h), it’s a bit too big to put in one’s jeans rear pockets, though.

The backplate is similarly fuss-free: there’s an SPDIF in and a mini USB in that doubles as a charge point. There’s also an on/off switch to control whether the unit will draw power from its USB source or from the internal battery.  Especially important when running it off a phone or a laptop that’s not charging, as it’s quite a power drain.

That said, the power can take a second to kick in when running on battery. Be careful and dial the volume slowly or you could raise the volume too high before the music kicks in with a rude surprise.

The manufacturer claims 13 hours of battery life if you use both amp and DAC, and 25 hours for amp-only mode. Leaving it running overnight on amp+DAC seemed to drain it by morning, so perhaps it runs a little shorter than 13 hours.

But here’s a deal breaker for iPhone users – the D14 is recognised by the phone if connected by a lightning-to-USB camera adapter; however, the phone makes an alert that it requires too much power to be run. This makes no sense considering self-powered DAP/amps like the Calyx PaT and Sony PHA work fine with the iPhone. Not sure whose fault it is, but a severe limiting factor for Apple users.

A minor gripe is the switch to control which input to use – the wrong setting still produces muffled audio. Just remember to check the setting instead of raising the volume. 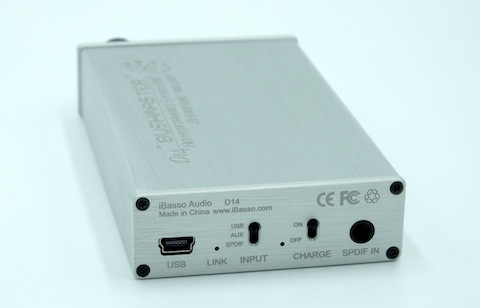 IN CONCERT: According to the sales literature, the D14 is quite a beast, able to take up to a 32-bit/384kHz PCM signal and native DSD up to 256x on computers. Unfortunately, I ran it off my laptop’s iTunes, which I only later realised output audio at CD quality 16-bit/44.1kHz.

Even then, the D14’s DAC could discern details like the sound of raindrops in the opening of Jack Johnson’s Banana Pancakes, when he says it’s raining outside. It’s also got a lower noise floor than its ancient predecessors, the D4 and D10, which had a tendency to crackle and hiss when adjusting the volume at lower levels.

Trying it with a few other laidback folksy musicians showed a tendency to highlight vocals, which while subjective, is a trait I didn’t enjoy on already vocal-centric songs with sparse arrangements. Most of singer songwriter Zee Avi’s self-titled album had such songs, and this sometimes unflatteringly showed the limits of her voice.

Meanwhile, on busier tracks like Abba’s disco pop, it admirably untangled Frida and Agnetha’s voices from the orchestral overdubs and dorky synths. 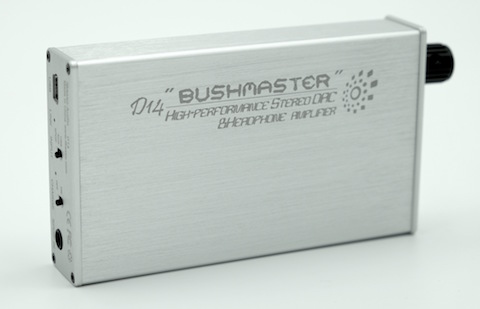 When used with the already bright Audio-Technica AD900, the D14’s top end sounded brittle. It was better suited with darker headphones like the Sennheiser HD650s and the neutral Audio-Technica M50. The catch is that the amp segment doesn’t push the HD650 enough, with even the lower rated M50 (38ohm vs 300ohm) needing the volume dialled to 11 o’clock on high gain.

Unlike Sony’s PHA series, the amp can be bypassed, so the D14 is still worth pairing as a DAC with a beefier amp if used in one’s home set up.

To test it as an amplifier independently from its DAC, I ran it from my phone with the portable M50. The same issue with over-forward vocals came up on English songbird Laura Marling’s pensive sophomore I Speak Because I Can, but it worked wonderfully with her furious fourth album Once I Was An Eagle. On Little Love Caster, the rumble of drums – usually hidden under violin – was threateningly present like hearing your heartbeat in your head, blood pumping. 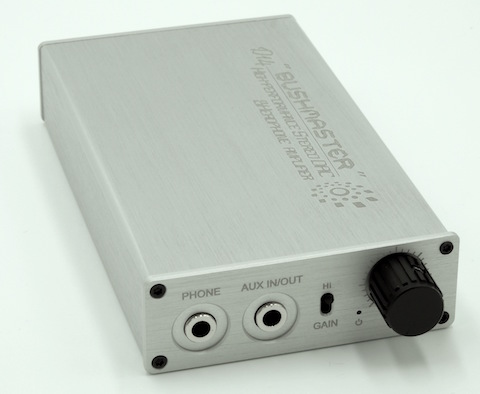 APPLAUSE: At this price range and form factor, the D14 is an impressive piece of hardware, especially if you have the right software to get the most out of its DAC. The plug-and-play for Macs and a generous serving of wires is nice, too.

BUT…: iBasso leaves iPhone users out in the cold despite having OTG compatibility with Android phones and the D14’s own battery source. If this was just a software issue that could be sorted out, I would give it at least four stars.

FINALE: No bells, whistles, and gimmicks, just a good straightforward brick of sound improvement. Any issue with the sound signature can be addressed by pairing it with the right headphone or amp.