An Aria from Rega – a phono stunner

REGA’S more modestly priced turntables and tonearms have been components which virtually set the bar for what can be achieved sonically at their price points, but I’ve long felt that the company’s cheapest electronics product, the Rega Fono Mini, has been in equal place with the RB250/251 tonearm, its best bang-for-the-buck product.

One step up from the Fono Mini is the full-fledge Fono MM (there used to be a Fono MC, but this does not seem to have been continued on into the latest generation of the Fono series). Before the appearance of the Aria, the next step up from this in Rega’s standalone phono stage hierarchy was straight up to their top dog, the IOS (now replaced by the IOS Reference).

That’s a big gap indeed, so it makes sense for Rega to come up with a model to somewhat bridge that void between the £200 Fono MM model and the £4,000 IOS Reference. The Aria comes in at a circa £800 home market pricing, so Rega has preferred to address the lower end of the gap. 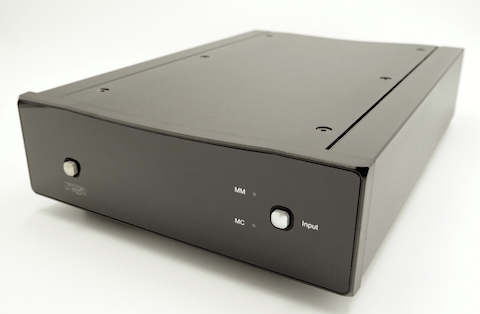 BITS AND PARTS: The Aria comes in the same half-width aluminium casework as Rega’s Brio-R integrated amp, DAC-R digital-to-analogue converter and Apollo-R CD player, the vital statistics for these babies being 80mm x 220mm x 320mm (h/w/d). The casing’s material was chosen to reduce the deleterious effects of stray RFI on the circuitry within.

The Aria has completely separate moving magnet and moving coil sections, rather than the usual route of relying on a transformer or additional gain circuitry to enable an MM stage to also take on the lower output MC amplification responsibilities. The rear panel has two pairs of RCA input jacks to cater for each separately. If you’ve got two turntables which each have an MM and low-output MC cartridge mounted, that little fact ought to get you smiling. I remember the days when many an amp and receiver came with separate ‘Phono 1’ and ‘Phono 2’ as standard.

Gain, loading and MC capacitance are set via multiple DIP switches on the back panel, so you can optimise the MC cartridge set-up parameters easily. Having two gain levels of 63.5 and 69.3dB is helpful indeed, as I found from using the Aria into passive control ‘preamps’ and into the active line stages of integrated amplifiers. The high gain levels mean the Aria can work with fairly low-output moving coil cartridges, most of which sit in the upper echelons of the price scale.

So, all fine here, nothing to bitch about, unless you need balanced ins and or outputs, or an analogue-to-digital output to digitise your vinyl, which one mostly does not find on gear in this price range anyway. 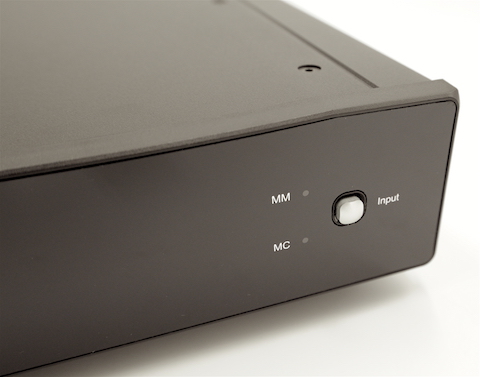 IN CONCERT: With effectively two separate phono stages to run in, I requested the editor to solicit the patient understanding of the local distributor as I set about getting to know the Aria, it being at the back of my mind that stylus time is not cheap nowadays, given the costs of cartridge replacement here in Malaysia (they are ALL imported) where the currency has taken a bit of a nosedive.

I have to say from the outset that the Aria did not disappoint. Used through its MC section with a Benz Micro ACE L loaded at 100 ohms and set at the higher of its two gain settings (through a passive line controller), and through its MM section via Rega’s own Exact cartridge, it proved to be a consummate communicator, delivering the message in the music and excelling in terms of tonal authenticity and rendition of dynamics. 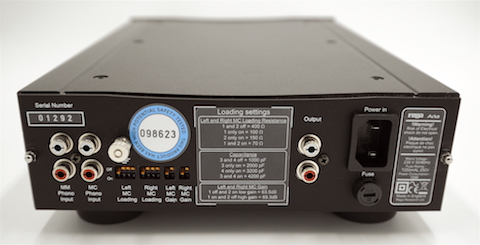 The midband had fine presence and sounded harmonically complete and solo voices were clear with the likes of Julie London oozing all her seductiveness and Al Martino belting out a tune you simply couldn’t ignore. Soundstage was well-defined and fairly large, individual instruments in well recorded orchestral works placed with satisfactory specificity and good clarity in side-to-side as well as front-to-back planes.

The Aria produced punchy bass with good slam which, while firm and tightly resolved, was more about setting the foundation for the music rather than any sense of it seeking to bludgeon the listener with exaggeration to impress for the sake of it. Leading edges of the bass notes were clearly defined. When it came to rendering transients, there was a feel of good speed and attack, making the likes of old prog-rock tracks still sound fresh and compelling, and acoustic guitars coming through sounding articulate and fast with good body.

In the upper octaves there was good extension without any unpleasant sense of aggression or overt coloration or aberrations, any stridency being attributed to the recording/pressing (in a straight comparison with the Parasound JC3, a bad recording sounded more plainly bad than it did through the Aria). 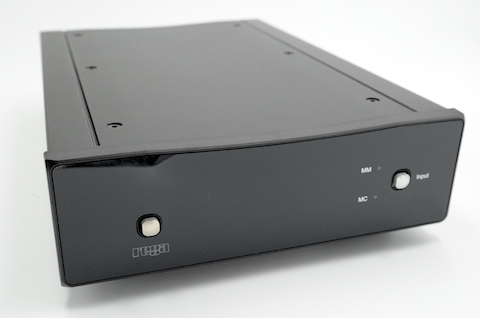 APPLAUSE: Benchmarked against the resident main phono stage, Aria can take a bow as a unit that holds its own very well against the more expensive incumbent. I didn’t really require the Aria’s built-in MC section’s flexibility of settings as my Benz Micro ACE L seemed happy with the 100 Ohm loading and I didn’t feel, when trying out the other settings, that I derived any substantial must-have improvements. On its own, it is one entertaining and communicative phono stage which I can’t see too many people disliking.

BUT…: To get the best of the Aria, I feel one really needs to have a turntable that is at least in the Rega RP6-Exact bracket. Trying out the Pioneer 1200-Linn K18ii combi and listening to the el-cheapo Fono Mini against the Aria, the improvements were there all right, but not in the same perceived measure of forward steps than when listening to a Garrard 401-RB300-Exact played through the Fono Mini and then the Aria in turn.

FINALE: The Rega Aria is a very fine product which reflects Rega’s sonic aims for its equipment, being able to convey a positively engaging sense of rhythm with impressive dynamics. It shines with all kinds of music and I, for one, would be very happy to continue listening to my LP records through it.

Yes, it can get better if you are willing to pay more, and it’s not without competition (do also listen to the Rogue Audio Triton phono stage we previously reviewed), but it is a frontrunner, in my view, for phono stages in this price class. Recommended.