AT the time I was assigned to review the Arcam FMJ A29 integrated amplifier, I had not heard an Arcam amp for years. Not having kept up with the brand since last spending some time with its highly-regarded Diva A85 integrated (which was well over a decade ago), I wasn’t sure what to expect.

Further, this new FMJ A29 is an amplifier with a class designation I don’t think I have encountered in another amp I had heard before, Class G.

The more-technically minded may want to digest Arcam’s lengthier, although still relatively simple, explanation of the circuit but for the rest of us who prefer to “skip Class” without wishing to remain too ignorant, Class G amplifiers are like the oft encountered “vanilla” class AB amplifiers, but have multiple power rails which engage when output-signal peaks would otherwise exceed the maximum voltage available (as compared to having only a single voltage rail available, had it been a class AB amplifier). 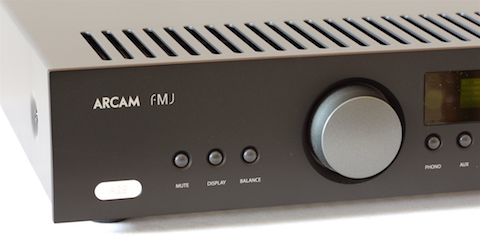 So, why don’t we see Class G amplifiers on the market more often? Well, cost from the need for increased component count is one of the main reasons, and so is increased complexity. I guess the point I want to make here for us ignoramuses is that Class G is more alike to what we are used to, as compared to the present, seemingly all-the-rage Class D switching amplifiers we keep hearing about.

Please do appreciate that the Classes are not grading systems which correlate with sound quality. Each Class has its own set of strengths and weaknesses – the name of the game remains the same, ie turn a small signal into a big one without introducing distortion, keeping the sound good and faithful, or avoid having it sound like crap (assuming one isn’t amplifying crap in the first place!).

BITS AND PARTS: Liberating the amp from its carton, I concluded that the A29 looked and felt solid. Of course, it was supposed to, the “FMJ” in the A29’s name purportedly stands for “Full Metal Jacket”. Like it or loath it, the olive drab-like colour, in keeping with the near-military “FMJ”-theme, will stand out from the usual black components.

Casework dimensions are 433 x 275 x 85mm (w/d/h, including feet) with a weight of 9.2kg. The front panel looks neat, with the usual rotary volume control and a row of small selector switches plus a quite legibly-sized display that can be dimmed. Also thereon are a pair of mini jack sockets – one an auxiliary input for music from your cellphone or portable player and one a headphone output. The A29 has quite a comprehensive array of inputs: 6 line level plus a moving magnet (MM) phono stage.

Outputs include a preamp output for bi-amping or line level connection to a subwoofer. Substantial speaker binding posts are provided, a little plasticky perhaps, but they feel solid and will fit many connector types and bare wire well.

The A29 outputs 80 watts of Class G power per channel into eight ohms, and 175W into four ohm. Greenies will appreciate the low 0.5W consumption on standby mode.

A decent remote wand is supplied but I didn’t use it much, as most of the listening, in my case, was done with the phono stage, so I had to get up to change the record at the end of every side anyway. I don’t think I lost too much weight in the process, though! 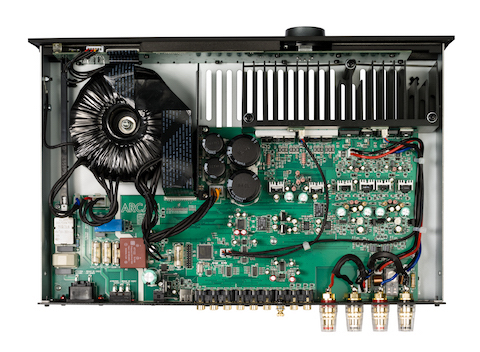 IN CONCERT: The first thing that hits you when listening out for the distinctness of the A29’s voicing is that it sounds really expansive and powerful, seemingly with unlimited clout at its disposal. Yet, this sense of power is not conveyed in a brutish manner, but gives the sound an overall sense of well-measured authoritativeness and control.

This aspect is felt down to the lower frequencies, where six-inch drivers can be made to sound like they have that little bit more extension to them than you thought they could, yet retain their small-driver advantage of sense of nimbleness and transient speed.

The A29’s tonal quality is silky smooth, any sense of grit or grain being absent that you’d tend to believe this is a distortion-less amplifier, even if there is no such thing in life. This, together with the voluminosity of the sound, tends to encourage one to turn the wick up as it never sounds like it will lose composure, but I can tell you that this works equally well at low late night listening volume levels where, barring being asked to work with a real pig of a loudspeaker, there is still a good sense of drive and dynamics, avoiding the lifelessness some amps lapse into when asked to work in such conditions. 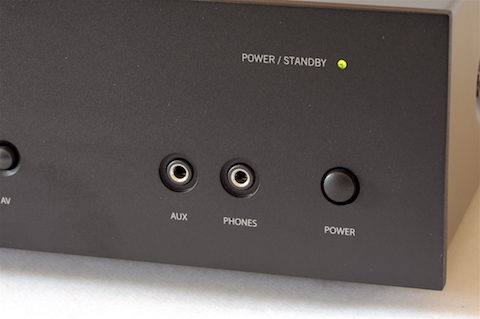 Within that impressive vast sound stage, the A29 has good detail retrieval, focus and sense of layering, though it does not have the same sense of presence a good tube amp seems better at pulling off. The fine resolution in the midband was excellent and this extends into a fluid, open and unforced treble.

The phono stage also sounds good, able to let the highly-detailed Rega Exact cartridge do its thing and I would have no complaints using it. Yes, it can be bettered, but this is no include-one-for-the-sake of it efforts. It was not as dynamic or detailed as when my regular Parasound JC-3 was routed through one of the line inputs, and no one would expect it to be, but it did show the internal MM stage is a highly competent part of the overall amp.

APPLAUSE: Fine sound, good build, a pedigree name, the Arcam FMJ A29 is one impressive amplifier. And for analogue recording enthusiasts who thought the days of the tape loop in newer amplifiers were over, Arcam has not forgotten or ignored you! I tried a few recordings through it onto my faithful old Sony Walkman Pro and had no complaints.

BUT…: The A29 is not without competition, and some may bemoan the fact it lacks an onboard DAC and thus lacks digital inputs, making it less of an attraction for more digital-oriented source users. Also, the local price makes it somewhat less of a bargain than it could have been.

Sound-wise, I’ll confess that I am scraping the barrel a bit here, but I’d say my own Euphonic Research tube-hybrid amp appears to convey more zip and seems to capture the beats a little better, even if the Arcam comprehensively outguns it in most every other departments.

FINALE: Compact and powerful with a clean and expansive sound, the FMJ A29 will please its owner with long-term musical satisfaction. For those looking for a traditional “analogue” amplifier with emphasis on sound quality over frills, the A29 delivers, and earns a deserved recommendation.

A note from Arcam:
“Sound quality over frills” is the prefect description. Just a couple of comments to explain our philosophy ref DACs and digital.

CLASS G – the key element of class G is that for most of the time the amp is running in pure Class A.

DACs – We don’t put DACs in any of our hi-fi amplifiers, only in AV where they are required.

One: Inside an amp is a terrible place to put a DAC, surrounded by sensitive circuitry, phono stages and putting digital noise into the power rail. Generally, internal DACs make a stereo amp sound worse. In our expensive AV amps we use massive shielding, multiple power supplies and isolated circuits to keep digital noise at bay.

Two: A five-year-old amp with onboard DACs is already totally out-of-date. A 20-year-old Arcam A85 paired with the new Arcam irDAC-II has the very latest DAC tech, DSD, Bluetooth aptX, asynchronous USB inputs and more. Our stereo amps last at least 20 years, so all our digital is designed as external modules that can be easily updates. Imagine an expensive digital amp of today in 10 years time.