SLICK, red and Californian. You’d almost think one was talking about a celebrity’s sports car.

Coming from a well received line by a company that was one of the first to get into the USB-powered digital converter game, this product doesn’t falter from the family name. 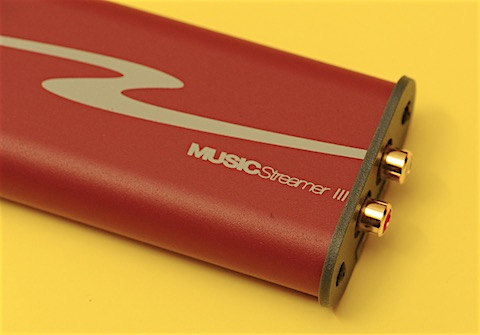 BITS AND PARTS: Designed and manufactured in southern California, the Music Streamer III is minimalist in both its matte Coca Cola red paint job and design.

Physically reflecting its function – digital data in one end, analogue music out the other – there’s a USB Type B input and RCA outs on the opposite ends.

On the endplate with a USB-in are also LED lights that show what sample rate your computer is putting out. This simple though nifty feature solved some nagging suspicions on which of my music apps were not actually playing music at the optimal sample rate.

For iTunes users, this means upgrading to music player programmes like Audirvana or Amarra that can integrate with an iTunes library and bypass the 16-bit/44.1kHz limitation of Mac’s native player. 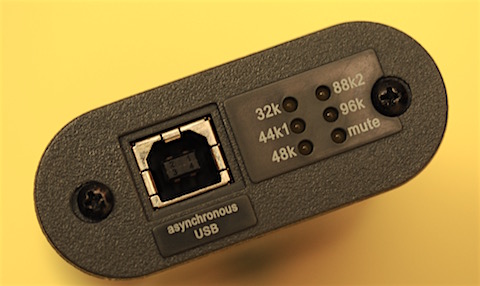 Coming from a generation whose familiarity with audio connectivity extends as far as plugging in a USB or flicking on Bluetooth, I appreciated the naive simplicity of the HRT. Just plug it into your Mac and change the audio output settings to the external DAC. No downloading of drivers needed.

In keeping with the low-key everything, the Music Streamer III comes in ziplock plastic in a plain white box. No wires included, but you can filch the USB wire off the fax/printer if you’re in a pinch.

At just 6.1 x 13 x 2.6cm and weighing about 220gm, it features asynchronous USB transfer to cut down on jitter and includes 24-bit/96kHz support.

The last might seem low in the face of high-resolution music that goes past 24/192 on most DACs nowadays. But while “how high a range can the human ear hear?” is a discussion for another day, the Music Streamer III performs well at its US$200 price point. 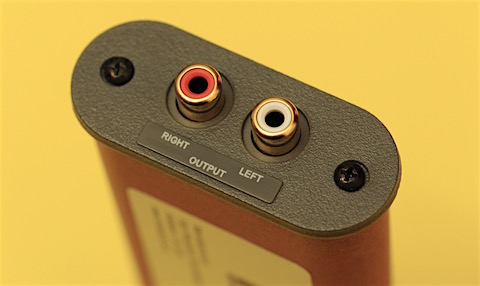 IN CONCERT: Switching from the Mac Mini’s onboard sound card to the Music Streamer III immediately yielded gains in the form of fuller body and better definition through separation of instruments.

For movie-composer Hans Zimmer’s Inception soundtrack, Dream Is Collapsing (the one with the horn that was then done to death on most summer blockbusters), the improved separation helped keep the violins distinct and un-muddied right through the zenith of the swelling synth.

The sense of space was even more impressive on English guitarist-songwriter Anna Calvi’s cover of TV On The Radio’s Wolf Like Me, her vocals fading away as if in a cavernous high-roofed theatre. The effect was more prominent on the 24-bit WAV version, compared with the 256kbps AAC files bought earlier from the iTunes store. Worth paying the extra dollar for a hi-res file off services like HDtracks or Bleep.

Taken to the extreme, both songs when compressed then played through the iPhone using the same amplifier and headphones resulted in an almost anaemic sound in comparison. While the mids and female vocals were still clear, the lower registers were far less satisfying and the music’s liveliness reduced a notch. 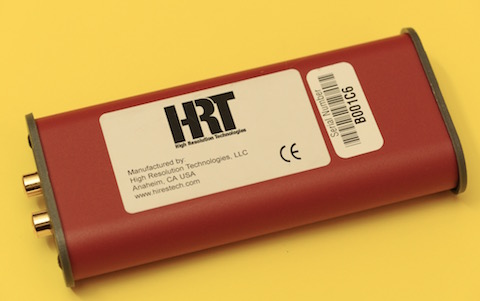 APPLAUSE: If it ain’t broke, don’t fix it, and yet HRT has managed to improved the guts of its Music Streamer yet again while keeping the price competitive.

BUT…: Spec-chasing and wave-graph studying audiophiles might find the 24-bit/96kHz support under par, especially with other DACs at similar price points that promise the capacity to resolve ever-increasing resolution.

FINALE: Simple to use, gets noticeable results, what’s not to love? This makes for a solid entry-level DAC until you’ve upgraded the rest of your system enough to make it worth splashing for a correspondingly pricey machine with extra bells and whistles.