Beyerdynamic T1 v2 headphones – the One or not the One?

“ROGER, Commander!” the operator of the U-Boat urgently acknowledged as the 293,000-ton submarine narrowly skirted the menacing mines, suspended via rusting chains far beneath the Atlantic floor. Fingers steadily feeding the coordinates from the captain’s orders to the control panel, Helmut held his breath as the ship glided past the last of the metal spheres of death, saving all 48 sailors onboard. “A good thing Commander Ernst’s orders came clearly from my trusty Beyers, the last pair was disastrous,” muttered Helmut, wiping the sweat from his relieved brow as he steered them home from a successful hunt.

Welcome to my WWII fantasy daydream, one I immediately had when asked to review the flagship headphones from Beyerdynamic. Founded in 1924, this German company has produced headphones since 1937 with the ubiquitous DT48, the world’s first dynamic headphone and possibly the longest production headphone available in consumer electronics. Touting hand-made cans manufactured in Germany, the company has an impressive array of sonic equipment, from aviation to conferences, gaming headsets to audiophile headphones.

Enter the T1, the flagship of the company’s premium line, so-called Tesla headphones for the newly-designed acoustic transducers. First introduced in 2009, the T1 was updated to the second generation in late 2015.

I had the privilege of listening to both versions as well as their cheaper sibling, the T90, and the Sennheiser HD800 at the same time. Although this review is not meant to be a shootout (nor will it be), I will proffer some comparisons to v1, the T90 and HD800 so you get an idea of how the newer T1 fares. 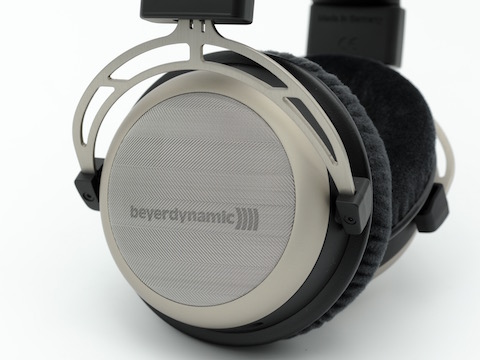 BITS AND PARTS: The design is a circumaural, open-back one, with a frequency response of 5Hz to 50kHz and 600 ohms impedance. The first generation T1 came in a handsome bevelled aluminium box with the embossed “Beyer” brand which exuded an “I mean business” or “for the discerning listener (and I’m it)” type aura. I could imagine walking into the local coffee hangout and having some heads turn… although I’d also imagine the airport police eyeing me suspiciously, given the case looks like it could contain some literal firepower.

The newbie, which weighs 440g, comes wrapped in a soft case with rounded edges with a pocket inside for cables, and is zippered all round. It’s a good call since that’s way more practical to pack in your luggage without the missus filing for divorce because the aluminium edges ripped her Vera Wangs. It’s either her bling or yours pal, guess who wins?

A big plus is that the installation of a gold-plated three-pole mini stereo jack (3.5 mm) and quarter-inch adapter (6.35 mm). This is a big difference from the v1 after all, there will be days you’ll feel like having a go directly to the iPad or plugging into non-standard DAC/amps so the default 3.5mm is convenient. I prefer going bigger only if I have to. Wait, that didn’t sound right. Anyway, I like. 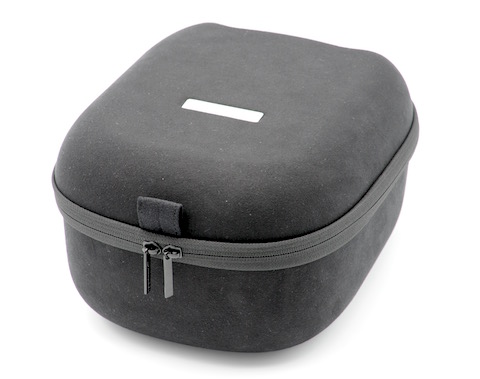 The other significant physical change compared with the v1 is… drumroll… a detachable cable! I don’t know about you but I find this feature reassuring: any faulty wiring in later years will be super easy to fix.

Build is signature Beyer, ie solid construction, tough looking, classic design, functional yet robust… hallmarks of German engineering at its best. Thumbs up out of the box. 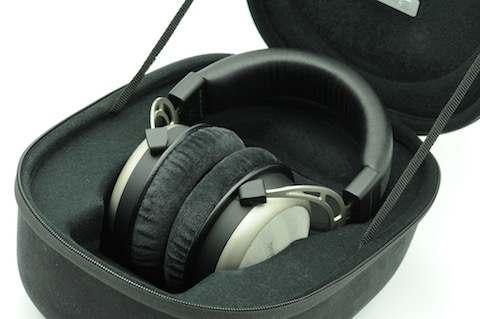 IN CONCERT: For this review, I used the Music Fidelity X-Can v3 headphone amplifier paired with my Marantz CD-7300. I also toyed on the portability aspect with the Go-Vibe Vulcan, paired with the iPad with sourcing from Spotify. “Needs some heft here” was my initial thought as I turned up the X-Can amp volume dial on these rather power hungry cans.

In a nutshell, there are a few conditions you have to meet to appreciate the T1:

1 – To state the obvious, a decent headphone amp – you could get some sound out of your iPad but that’s like trying to get The Hulk to crush some Brazil nuts for you instead of turning him loose on Loki’s army of Frost Giants from Jotunheim… he can do the former, but it’s not half as fun to watch. I suggest you try different pairings of amps to suit your musical preferences. Honourable mentions go to the Lynx Hilo and Aurender Flow.

2 – Music genre – mainstream pop, rock and jazz standards are given due respect, reproduction is revealing and it ticks all the boxes in terms of “3D” soundstage, placement, depth and clarity. When it comes to classical, I’m pleased to say where the v1 was fickle, the v2 makes the journey consistent. The veiled effect on some pieces in the v1 – like someone placing a cloth between your ears and the headphones – have now been removed. And that “hit-and-miss” feeling I had with the v1 is gone. Sound reproduction is neutral with a hint of playfulness and warm timbre. Perhaps less bouncy than its T90 sibling but still elegant. Well done.

3 – In terms of spatial orientation and soundstage, I reckon the HD800 still gives a more open auditory feel. The T1, in comparison, feels more enclosed since it is semi-open which tends to affect how airy the music ultimately sounds. The T90, in contrast, is also completely open, lending itself, like the HD800 to a bigger soundstage. Purists may argue it tends to be more coloured at the same time and that’s a fair statement but not a bad thing. I’d prefer the more open feel of the T90 and HD800 here. 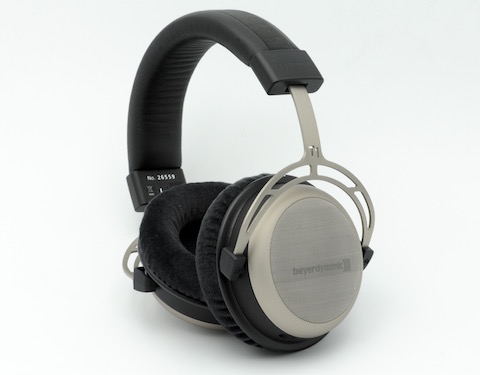 For those of you who want to get an idea where to place the T1 (based on my personal listening experience comparing it with the HD800 and T90) – at one end of the extreme, “attention seeking and playful”, on the other, “unobtrusive and neutral”.

I’d place the T90 at the animated, attention seeking extreme. On the other end of the neutral, clinical-esque spectrum, the HD800. The older T1 would’ve been leaning towards the HD800 side whereas the new T1 sits somewhere in the middle of this see-saw (a tricky position if you’ve ever tried it in the playground, I assure you!). Make no mistake, all three headphones have good clarity and sound, but the signatures are distinctly different. 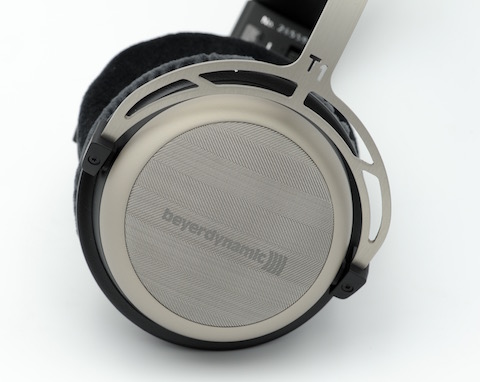 APPLAUSE: The new T1 now evens out the sonic inconsistencies of its predecessor. Where v1 did some things well and others not, the new kid does a consistent job. Presentation is confident, there’s an overall sense of tonal balance and nuance, accuracy is spot on with a slight hint of musicality. Mids are its strongest characteristic as lush details generously sprinkle your eardrums with nuances like the breathing of the vocalist or fingers on the frets of the guitar on Cavatina.

I also had a go with the Scorpions – that venerable band of ageing rockers who still continue to withstand the winds of change, teaching us what it means to rock like hurricanes (yes I know, puns fully intended). The songs were given “listenability” with ease and enjoyment. Every instrument was rendered with proper respect and separation, tempering the music when required. The distortion of Rudolf Schenker’s Flying V was reproduced well without turning the introductory riffs into an incomprehensible mish-mash of audio mush. The T1 did a nice job of keeping everything in check, steadily maintaining sound separation whilst allowing each instrument to have its chance to stand out when required, like a mini conductor strapped on your head.

BUT…: Treble may seem slightly sharp on certain tracks. I would’ve liked this tempered just ever so slightly. The semi-open design is a conscious decision by the company. As a preference, I gravitated to the T90 for the open-back airiness.

FINALE: As far as flagships go, the T1 carries on the proud tradition of Beyer par excellence. By virtue of it being semi-open, the T1 sounds cosier than the HD800, the latter more open and airy. Therefore, which of the two you prefer really depends on the genre of music you listen to most. It’s not a straightforward decision given the price point. Pairing with the right amp is significant. Like any good chef, you’d need to try out various combinations to figure out what works best. You are, after all, looking at top flagship prices here coupled with the investment of a decent amp.

If you’ve not had an introduction to Beyer headphones, I would recommend checking out the T90 as well. And that’s also where the choice gets harder. I found the cheaper T90 to possess a charm of its own, nudging me towards it’s musicality and exuberance, like that excited puppy at the pet shop window saying “choose me, choose me!”

As always, the proof is in the hearing and nothing beats a personal test drive. If you’re in the market for a HD800-class sound signature and prefer a closer soundstage, then the Beyerdynamic T1 v2 is definitely a must try.