LOUDSPEAKERS constructed from coloured carbon fibre composite – that’s the boast for Wilson Benesch’s new A.C.T. One Evolution P1. And it’s a first! The British company worked with Hypetex to construct the new P1 monocoque chassis, and the material was developed by Formula 1 engineers.

According to the company, it “use geometric forms to extract maximum stiffness and damping from the material, creating stealth-like carbon fibre composite loudspeaker cabinets that allow the speakers to disappear within the soundstage leaving only the music behind.”

“Until now, the aesthetic language of carbon fibre was constrained to black; the advent of Hypetex’s patented process has finally allowed the creation of a coloured carbon fibre composite whilst retaining maximum performance.” 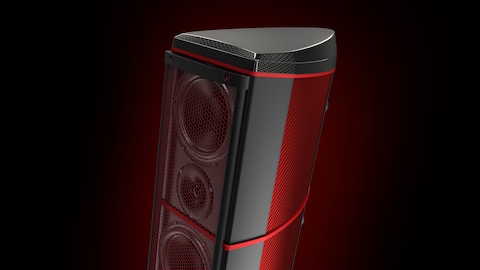 Wilson Benesch design director Craig Milnes says: “The control and management of resonant energy is an engineering problem, which requires the best engineering materials if you want to achieve better results.

“The A.C.T. P1 Monocoque is a complex hybrid structure and an industry benchmark in acoustic performance. To date, Wilson Benesch’s reference loudspeaker lines, whilst bespoke, have only ever offered one option so far as the colour of the carbon fibre composite chassis and that was black.

“Hypetex has not only changed that paradigm, it has provided new opportunities to enhance the acoustic performance of this component.” 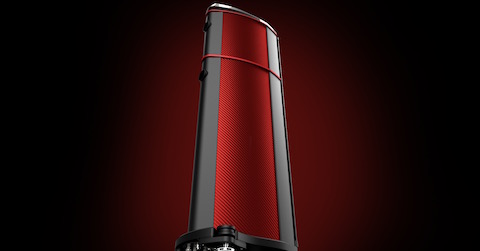 Right now, the colour is “Enzo” red, but other options will be available later.

The A.C.T. One Evolution P1 loudspeakers aren’t for those with slim wallets, though – the retail price per pair in the UK is £21,500… and shipping starts in July.