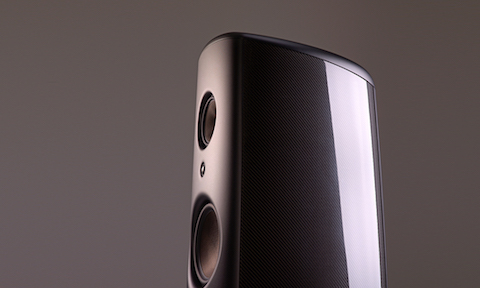 WHAT speakers would you opt for if you had US$172,000 to spare? Well, to tempt you, here is Magico’s new M6 floorstander at that price… but you will have to wait for a couple of months, the three-way, five-driver loudspeakers will be available only in the third quarter of this year.

The M6 has a six-sided, monocoque enclosure sculpted of half-inch carbon fibre, leveraging the latest aerospace materials and technologies. Says Magico: “Similar to the external shell of an F-35 fighter jet, this method of construction increases the structural strength-to-weight ratio by a factor of 60, while reducing overall weight by 50% and yielding outer dimensions that are 30% smaller without compromising internal volume. The curved interior and exterior walls minimise internal standing waves and eliminate external diffractions.”

More from the press release:
Four massive aluminium billets are meticulously machined to produce a continuously curved exterior with no angles. A thick-machined aluminium inner baffle supports the drivers, while 10 aluminium tension rods extend front to back to further stiffen the enclosure and eliminate the possibility of hardware loosening over time. The enclosure is completely sealed and, in its finished form, has nearly zero diffractions which allow sound waves propagated by the transducers to disperse naturally without obstruction. This creates a sound-field that replicates that of the recording space and allows the speaker to completely vanish in its environment.

A slight curvature in the machined front baffle enhances the seamless integration of all five drivers and provides an elegant appearance overall. The newly designed three-point MPOD base provides a perfect coupling platform to the floor and supports the M6 as though it were floating in space. A new reverse horn-shaped sub-enclosure made of proprietary carbon fibre composite houses the midrange driver and provides an extremely stiff, yet ideally damped, chamber that disperses internal standing waves without the need for copious internal damping materials. 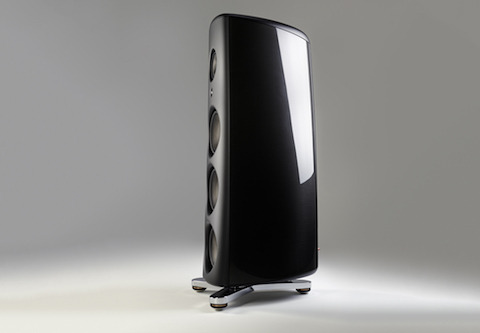 The M6 also incorporates a more efficient version of the revolutionary tweeter found in the M-Project. A 28mm diamond-coated beryllium diaphragm with optimised geometry, created using state-of-the-art Finite Element Analysis modelling tools, brings the M6’s high-frequency reproduction one step closer to perfection. This was achieved by skilfully leveraging beryllium’s physical properties, making the tweeter closer to the theoretical ideal without gaining the extra weight normally associated with diamond’s specific gravity. This technology allowed Magico to increase the dome diameter to 28mm, improving many aspects of performance and allowing even greater power handling. Combined with a new motor system and new acoustically improved back chamber, the new M6 tweeter has the lowest distortion measurements of any high-frequency transducer.

The new six-inch midrange driver features Magico’s superior graphene-based cone material which is 30% lighter and 300% stiffer than that of its predecessors. This driver utilises an underhung neodymium-based motor system that leverages an extra-large magnet and a top-stabilising magnet to ensure a perfectly stabilised magnetic field of 1.7 Tesla in a 15mm air gap, culminating in a pure vented titanium voice coil. The latest 3D laser scanning techniques were used to allow for unparalleled precision in assembly, ensuring optimal behaviour in each driver’s frequency range while reducing non-pistonic motion and minimising distortion components. The midrange driver has +/-6mm of stabilised excursion capability at very high sensitivity, enabling 120dB (at one meter) of distortion-free playback in the midrange frequencies.

Deep, powerful, and accurate bass frequencies result from three newly-designed 10.5-inch Magico bass drivers that are produced with advanced manufacturing techniques using a new multi-wall carbon, Nanographene cone. Like the Q7 before it, a colossal effort was made to minimise eddy currents in the iron parts of the underhung motor system of the M6 bass drivers. Eddy currents are created by the voice coil movement and produce chaotic magnetic fields which work against the fixed magnetic field and thus create distortions. The best way to reduce these currents is to saturate the iron as much as possible. When the iron around the coil is totally saturated no induced flux can develop, i.e., no eddy currents. In order to do that a lot of design work, precision machining of the parts, and a huge radical neodymium SD magnet system is required. The results are near 90% saturated iron (industry standard is less than 20%). These are breakthrough characteristics that enable the voice coil to move without any electromagnetic obstructions (the inductance of the woofer is measured at 0.085mH). This powerful magnet structure controls a five-inch pure titanium voice coil that has one inch of linear excursion and produces clean, undistorted sound pressure levels up to 120dB @ 50Hz/m.

As for other specs, the sensitivity is 91dB and impedance, four ohms, with a frequency range of 22Hz to 50 kHz.