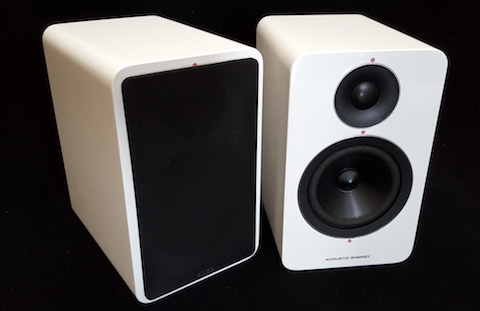 IF you look at any speaker manufacturer’s offerings these days, you’re likely to find an active unit in its catalogue. Modern lifestyles are such that the market is open – or to some extent, even demands them. It comes as no surprise that British manufacturer Acoustic Energy, which burst onto the scene 30 years ago with its metal-coned AE1 bookshelf speakers, now an an active version of its classic AE1 model.

The company does not shy away from tinkering with its design, and has released multiple iterations of it since. So after getting the active treatment, does it live up to the legacy of the model by which the company made its name? The answer is a yes, and a resounding one at that.

First, the familiar – found in the AE1 Active are improved versions of its ceramic-aluminium mid-bass driver (bigger at 125mm compared to the original’s 90mm) and 27mm aluminium dome tweeter. Everything else, though, is radically different. The twin ports are no longer in front, but have shifted to the back, essentially now just a narrow slit that runs across the upper part of the 300 x 185 x 250mm (h/w/d) cabinet. Weighing in at about 7kg, the unit is well-braced internally and solidly built, with the usual knuckle rap test resulting in just a dull thud.

Of particular interest is the use of two 50-watt Class A/B amplifiers in each speaker (one for each driver, which totals four per stereo pair!). These are fully analogue, as opposed to Class D types commonly used in active designs. Yes, it does get rather hot when in use but never excessively so. 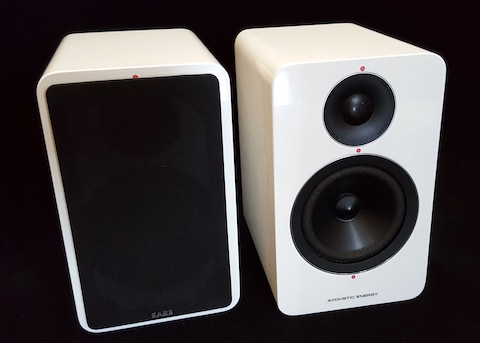 The AE1 Active will only accept a single pair of line-level inputs – either RCA or XLR (no Bluetooth or WiFi wireless connectivity either), and an active fourth-order crossover is employed. It does give a little room for user tuning, but only +/- 2dB for bass and treble respectively. The sum of all the above, Acoustic Energy says, is a frequency response of 40Hz to 25kHz at +/- 6dB.

Also found at the back is the volume knob, but these are independent of each speaker, and are therefore of not much use in practice save for the initial set-up process.  Each speaker will also need to be connected independently to the mains, and is switchable between 110V and 240V.

SETTING UP
As a bookshelf design, the use of a pair of sturdy stands with the AE1 Active is mandatory. No, you do not want to chuck the pair on a table or shelf as these quality speakers deserve proper placement to sound their best.

With a rear-firing bass port, the pair should be kept away from the wall behind it for better lower frequency control. Users can tailor the sound to suit their rooms (or tastes) but the +/- 2db variance for either bass or treble is rather subtle. It can help to even out minor deficiencies or excesses, but will not change the voicing of the speaker. 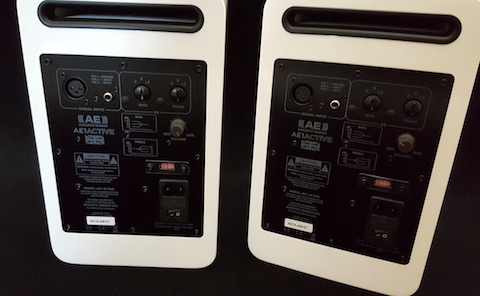 However, chances are that when placed optimally, you’ll need a long pair of interconnects to hook them up to your preamp or variable output source component. Fortunately, a 2m pair is provided, but you may want to find something else of better quality.

Those who want want to use more than one source are out of luck. This, coupled with the fact that controlling the volume on the speaker itself is not practical, necessitates the use of a preamp.

LISTENING
It won’t take long to hear that the AE1 Active is something special – just a few tracks and you’ll be drawn in. It isn’t a case of outright bass slam or super-detailed presentation (although it’s no slouch with either). What you hear is an honest and compelling presentation of the music being played.

It doesn’t matter if it is voices, instruments or subtle musical cues – they’re all present, but rendered so musically and coherently that the music is heard as a whole rather than the sum of many instruments and voices.

But to break it down, bass is fast and goes surprisingly deep. There are physical limits to how low it can go, but there is no highlighting of any particular part of the spectrum. What it can do, it pumps out, but doesn’t try to fool anyone into sounding bigger than it actually is. 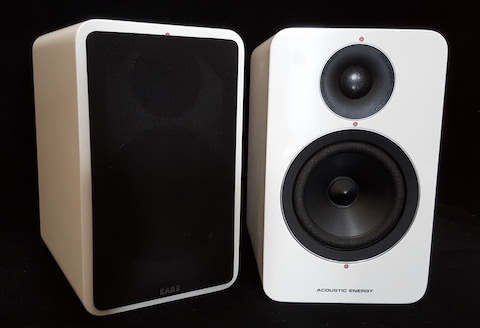 The AE1 Active also gives a lush, open midrange and there is a certain beauty to the way it portrays voices or wooden-bodied instruments, whether plucked, strummed or bowed. This also applies for the highs, which arw detailed and extended, but never strident or etched.

Also outstanding are the imaging and soundstaging capabilites. Pinpoint imaging may not be the resident Magnepan .7’s strongest suit (soundstaging is great, though), and the AE1 Active reminded me what I’ve been missing. It drew a sonic picture that was not only cavernous, but firmly placed the instruments within that space, and with some impressive perception of height as well!  Note, though, that removing the magnetic stick-on grilles does improve things. It appears that the top part of the grille frame obscures a small portion of the tweeter’s wave guide, and they look better without them anyway.

THE LAST WORD
What I like best about active speakers, is that you don’t have to crack your head to figure out which amplifier will match it best – the hard work has already been done! So instead of looking at it simply as a £1,000 speaker, you’re actually getting two crucial parts of a hi-fi system that are guaranteed to work well together.

At the price, it’s impossible to argue that the Acoustic Energy AE1 Active does not represent great value. Just make sure that the rest of the components are up to mark, because you’ll hear it if they aren’t. Very highly recommended.