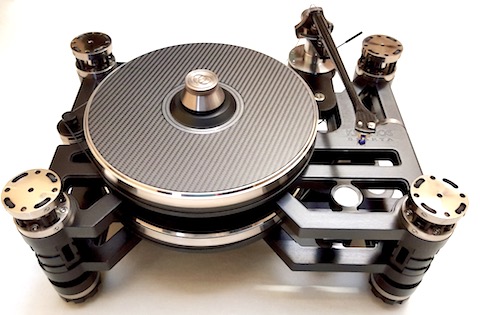 IMAGINE that you’re a motoring journalist who owns and reviews mass-market cars. Maybe once in a while, you’re loaned a German luxury car for a spin. Then, once day, in a sign that you’re gaining your editor’s confidence, he assigns you to a week with a Ferrari. Wow! Your first supercar experience.

Sure enough, the beast is everything you’ve imagined it would be – the exhilaration you feel while driving it is like nothing you’ve ever experienced in your entire life. You rave about it to your friends, perhaps even harbouring a sense of superiority that you had a Ferrari for a few days. Then, a spoilsport asks, “How do you rate it against the ___ (fill in Lamborghini/Bugatti/Koenigsegg/McLaren). Your bubble is punctured and you realise how little you know about the supercar experience. One Ferrari, in a sad life… oh, well.

So how do you review something when your terms of reference are far below the product’s capabilities. Something like the Kronos Audio Sparta turntable. The costliest turntable I’ve owned or reviewed lies in more modest realms, at a fraction of the cost of this Canadian turntable whose manufacturer has been creating waves since he launched his first product about five years ago. So let me just try to convey my emotional experience with it…

Critics may deride the vinyl enthusiast’s obsession with this analogue format, and who can blame them – there is a whole lot of plastic crap out there from opportunistic makers who just want to tap into a trend, thus doing a great disservice to the turntable community. The Sparta, on the other hand, exemplifies all that is sublime about playing records and listening to them. 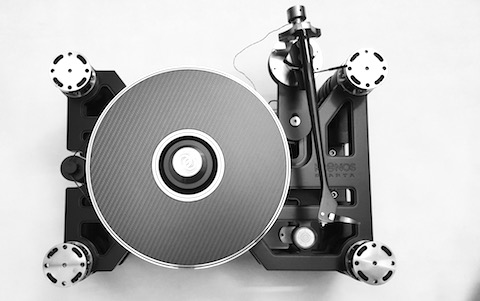 The first thing that catches the eye are twin equal-mass counter-rotating platters – much has been said about the design and you can find details on the manufacturer’s site, so let’s not get bogged down by the technology. Importantly, if there’s more than one way to skin the cat, Kronos seems to have found the most effective and optimum method. A warning – unpacked, the turntable weighs a hefty 32kg, so get some assistance (preferably let your dealer set it up) to avoid any nasty accidents. The platter is a massive 12kg.

The Kronos was sent to me with a Helena tonearm and ZYX Premium Omega MC cartridge – this is Kronos founder Louis Desjardin’s recommended set up with the Sparta. Which is not to say other combinations won’t do, but obviously, the specifications of both tonearm and cartridge match the Sparta best. Now, you can use a very good cartridge with a mediocre turntable/tonearm but you’ll never tap into its full potential. But you can also use a more modest cartridge with a rock-solid turntable/tonearm set-up, and you’ll be surprised at how much it delivers. The foundations of any piece of equipment are crucial – and in this case, the Sparta’s design and suspension nullify detrimental factors like vibration and resonance, allowing the tonearm and cartridge to track the grooves with superb accuracy. Build quality is superb, as it needs to be at this level. Detailed specs of the Sparta can be found here.

Note – the unit sent to me and the current version have different casings for the outboard power supply. Apparently, customers requested a flatter box they could just shove under the lower platform of the turntable… the original oblong box requires a separate shelf. 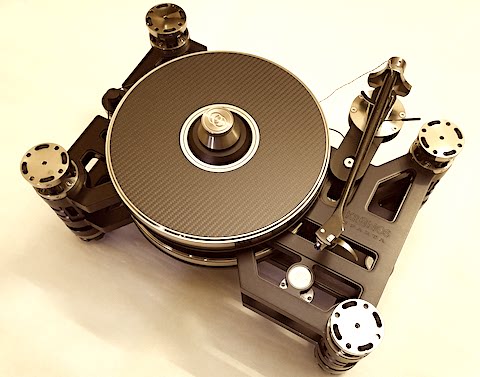 The distributor took the pain of initial preparation out by setting up the Sparta for me – all I needed to ensure was a level platform and setting my phono preamp at the right load for the cartridge.

Even at initial listening, I realised there was some special about the Sparta – it was quiet, free from any mechanical encumbrances – and to the credit of the cartridge, there was much less surface noise emerging than I was used to on some LPs. I let the Sparta play my favourite LPs for  a couple of hours each day. After about I week, I started the listening and comparisons with more focus.

Over the decades, I’ve used the term (or its equivalent) “it just gets out of the way” in reference to a handful of hi-fi equipment but none have exemplified this phrase better than the Sparta (except, perhaps, the true ribbons of an Apogee speaker). In fact, so far ahead is the Sparta at justifying the term, that I almost rue that I ever used the phrase earlier! It’s as if a new and amazingly clear conduit had opened to the essence of the music and recording.

The Sparta and its associated ancillaries meld into the sonic with consummate ease, allowing the information in the grooves to be reproduced sans distractions. Yes, it will show up whatever is lacking on the recording, and while it does not unreasonably highlight record surface noise, it doesn’t make a mess of it. The turntable is solid as rock, allowing the arm to be guided with great accuracy over the surface by the cartridge (or is it the other way around), digging deep for the information available. They say the sin of addition is greater than omission, but the Sparta set-up is the rare bird that does neither, instead just offering the signal as one imagines it was meant to be at the start. Naturally, what will constrain the Sparta from delivering to its full capability is the rest of the chain, and yet, with good recordings, it can make an even modest system like mine sound magical. 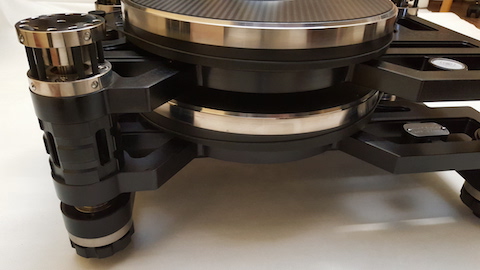 My VPI has as great degree of slam, but along with this comes a suggestion of forwardness for most part. The Sparta, on the other hand, seems almost languid during milder passages of music, and yet, when more zestful and vigourous moments appear on the material, the Sparta delivers this without even seeming to make an effort… there is nothing forced about it. And this something I’ve very rarely heard. This was most obvious in Dire Straits’ eponymous debut album – listen to Six Blade Knife and you’ll hear how effortlessly it treats the snappy bass and kick drum pattern underlying Mark Knopfler’s intimate vocals and shimmering Strat that melts like honey at times but cuts through like a knife on butter at certain parts of the lead riffs. No effort, no artifice… just a true-to-original reproduction of what transpired in the studio. The Sparta did the deed with consummate ease, taking me right into the heart of the recording.

So natural-sounding was the Sparta that it was hard to tear myself away from the rig once I put on an LP. One of my regular records, Svingin’ With Svend (David Grisman Quintet featuring Svend Asmussen), has been played the most over the past years, and can lack some sparkle on lesser turntable setups, especially the tracks on the outer perimeter of the LP. On the Sparta, the nightclub ambience of the recording (yes, it was laid down mostly live) was captured with more vitality… the scattering of applause at the background, the staging of the musicians and positioning of the speaker at the microphone… all these came across more naturally immersive and spacious that I had ever heard in my system previously. It was akin to being transported to the venue itself! 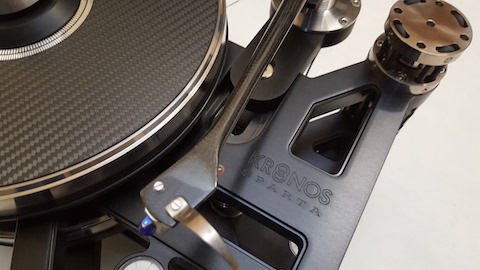 The nature of vinyl is more organic, yes, and the Sparta exemplified this magnificently – instead of a specific attribute drawing attention to itself, what was conveyed primarily was the fluidity and wholeness of the complete sonic scape, where bass, the midrange and treble didn’t jostle for attention separately but were instead allowed a holistic articulation, allowing me to listen to the intangibles with greater clarity – the ambience, the mood the singer or musician was projecting, and deft touches of the mixing engineer. There was not even the slightest hint of muddiness or murkiness anywhere, so seamless did the frequencies flow. The bottom line was that the turntable laid such a solid foundation for the rest of the chain that it was one with the backdrop, rendering itself almost invisible. I’ve never heard my system sound better, quieter or more cohesive when playing vinyl.

When I met Desjardins a couple of years ago and interviewed him, he wrapped it up by saying: “This is the last turntable you will ever need to buy.” It may have sounded arrogant then, but now, I believe it is no idle boast. I would gladly settle for a Sparta once and for all.. and focus on expanding my LP collection. Oh, wait… there’s also the flagship Kronos Pro… oh well, one dream is as futile as the other!

The term “high-end” is much bandied about but this turntable here is the genuine item. When you listen to the Kronos Sparta with even a midrange system of hi-fi separates (like mine), you’re getting more than a glimpse into the heart of the high-end. This is a turntable for life… you will, however, begin to focus on upgrading the rest of the components. An expensive hobby, this!

So, back to my initial question – how do you assess a product when you have no references at its price or performance level? Simple… just thrill in the drive as you would in a Ferrari or Lamborghini. Sheer visceral pleasure, underpinned by the subliminal nuances. And tell it like it is…