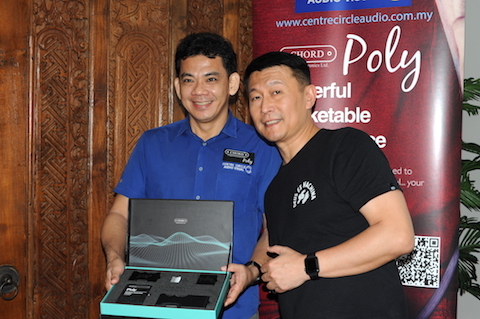 IF you’re looking for an example of a company that caught up with trends and then went ahead of them, look no further than Britain’s Chord Electronics.

Founded in the late 1980s by electronics engineer John Franks (he designed power supplies for aircraft), Chord started out making amplifiers with switched power supplies for the home hi-fi market. The company expanded its product range to include preamps and CD players/DACs, moved into studio realms, before tackling the headfi/personal audio world with a gusto that few of its counterparts have exhibited.

A couple of years ago, the Hugo DAC/headamp caught the fancy of desktop hi-fi users – for its performance and price (relative to its all-British make-up). That set the stage for the ultra-portable Mojo DAC/headamp which, if you were to believe some, is the last word in performance at and above its price. And, not surprisingly, well over a year after it was let loose on the world, Mojo continues to be a reference – so far, it has sold more than 50,000 units and along with Hugo, has turned Chord into a serious player in the world of headfi.

So what could Chord do to garner more attention (and business)? Well, there was Hugo 2 earlier this year… but that appeals to a slightly different type of user. What we have now is Poly, shown at the Las Vegas Consumer Electronics Show in January and launched in October. 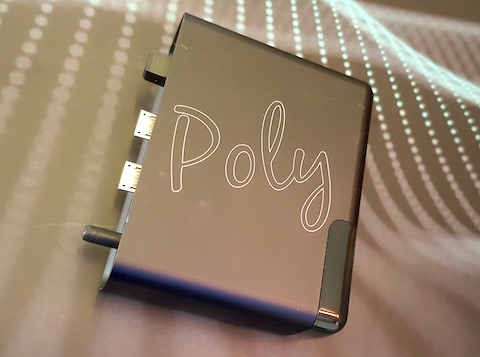 So what is Poly and how does it complement Mojo?

“Poly is a portable music streamer that is also a music player with an unlimited-capacity Micro SD card slot.

“You can stream music from a variety of sources to Poly for playback via the Mojo,” explains Robert Wong, who is in charge of business development for Chord. Wong was in Malaysia on Saturday to launch Poly at Malaysia’s exclusive Chord distributor, Centre Circle Audio.

“It connects directly to Mojo, via the slots provided on the side of the DAC, and can be charged separately or simultaneously with Mojo,” he adds.

Poly is unique, a first of its kind and made specifically to tie-in with the Mojo. Even clipped into the DAC, “it fits into your palm or pocket,” says Wong.

“You download the app on Android or iOS and access controls for Poly via your smartphone. Your phone becomes the controller.” 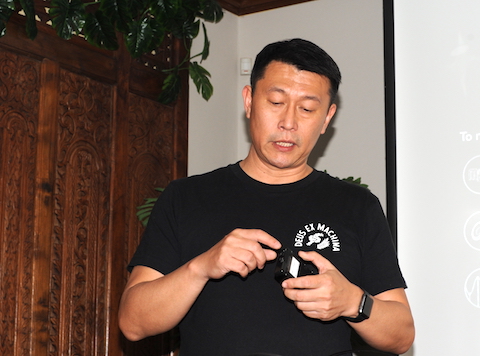 According to the press handout, “Poly can also be used with computers and laptops, and to access networked audio stored on NAS drives using popular DLNA apps. Playback is via Mojo’s twin headphone outputs, plus home and in-car audio systems with auxiliary inputs can also benefit from improved sound quality.”

Additionally, “Poly connects to wi-fi networks, including mobile hotspots when on the go, and remembers multiple networks with its auto-connect functionality. It also benefits from Bluetooth 4.1, AirPlay and DLNA connectivity, offering uninterrupted music streaming when transitioning from indoors to outdoors. Poly also features its own hotspot mode, enabling a connection where devices, networks or countries do not facilitate tethering. Its rechargeable LiPo batteries offer up to nine hours of playback from a four-hour charge using the device’s fast- charging USB circuit”

Importantly, “Poly is high-resolution audio-compatible, with support for the latest studio-quality files.”

So it will handle PCM data up to 768kHz resolution and DSD64 to DSD256 (Quad-DSD), file types supported include ACC, WAV, FLAC, AIFF, OGG VORBIS, ALAC, WMA and MP3. The DSD compatibility was not available at launch, says Wong, but was added last week.

And yes, once you’ve set up Poly on your home network, Chord will offer over-the-air firmware updates to keep it current.

“There are six layers of metal for the casing, so if you try copying that… you can’t,” says Wong in an obvious reference to counterfeiters. 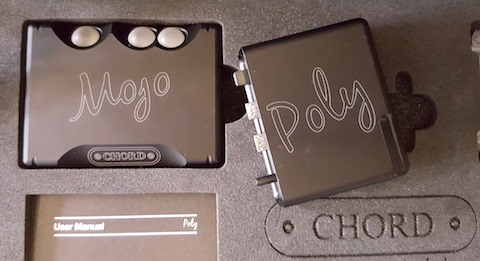 Since its October launch, Chord has received orders for 3,000 units, of which 2,000 have been shipped so far. And for the Asian market alone, Chord is offering a limited “boxed” set, comprising Mojo, Poly and casing… just 1,000 units, so interested parties had better place orders soon!

How many units of Poly is Chord aiming to sell?

“We’re targeting one for every two Mojos sold,” says Wong, suggesting about 25,000 units or more being the target.

Keep an eye on this site for a review of Poly in the not-so-distant future.