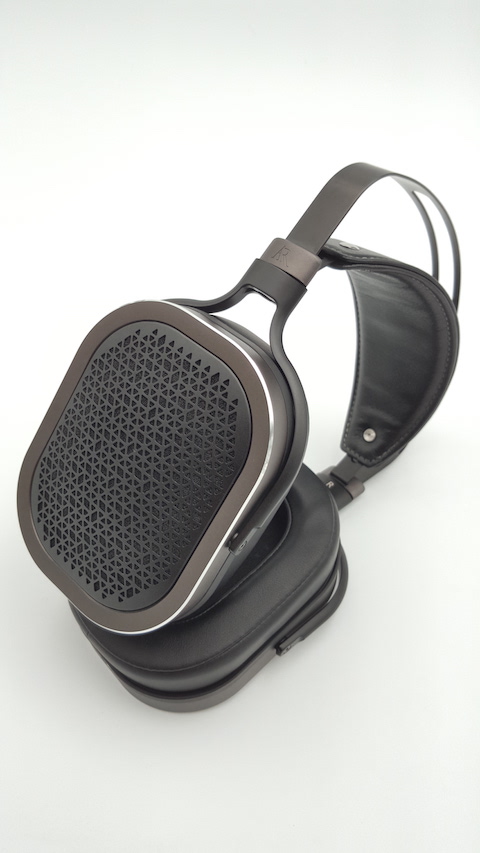 + Amazing build quality; great bright sound signature while maintaining midrange detail; works great with vocals; authoritative bass.
– Some harshness in the treble region; although soundstage is large, imaging is unclear; some people might not like the self-adjusting headband; requires some serious driving power.
Sound: 7/10
Value: 7/10

IT has been a good decade for head-fi enthusiasts as more mainstream hi-fi companies broadened their horizons and expanded their line-up to cater to the growing number of headfi-ers.

Chord, for instance, produced portable DAC/amps such as the Hugo and Mojo and the accompanying streamer, Poly. Just two years ago, Focal took a big leap and produced its first ever reference level headphones – the Utopia, and its little brother the Elear. At almost RM18,000, the Utopia is nowhere near cheap but the sales figures speak for themselves. Massdrop allowed the masses to drop the cost (pun intended) for headphones such as the Sennheiser HD650, Hifiman HE400, and AKG K712 for their cheaper versions – HD6XX, HE4XX, and K7XX.

So, it came as no surprise when Acoustic Research (AR) came up with a serious headphone contender in the US$500-1,000 price bracket. The AR-H1 is the company’s first planar magnetic headphones, able to reproduce 10Hz to 70kHz – way over the threshold of human hearing, and tuned for an extremely linear response. 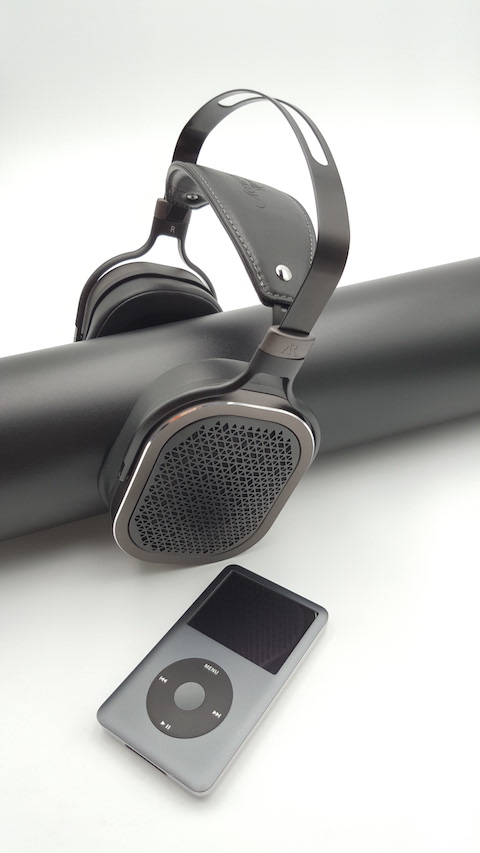 This lightweight (just under 400g), circumaural design features a leather headband, low-resilience ear cushions and detachable cable. It uses an 86mm planar driver with an NdFeB magnet array, with an impedance of 33 ohm.

Let me just say that the AR-H1 is one of the most beautiful headphones I’ve ever had the pleasure to listen to at any price point. It only comes in black, probably the only colour you need. The headphones feel robust and solid in the hand with no creaking from any joint.

Its yokes and ear cups provide a limited degree of swivel but they should be able to accommodate a variety of head shapes with no problems. The gorgeous ear-cup grilles are made of matte-painted aluminium with a tessellated crystalline pattern. Due to this open matrix design, the headphones are open-backed so keep in mind that whatever you’re listening to, your friend in the next cubicle will be listening to as well!

On my head, the AR-H1 stayed put with its firm clamping force. I’m not really a fan of the self-adjusting headband, but the whole combination somehow works and there’s a balance of force between its weight, clamping force and headband. I can shake my head gently without worrying about them falling off and I can imagine them staying on with no problems if one chooses to use them as portable headphones. 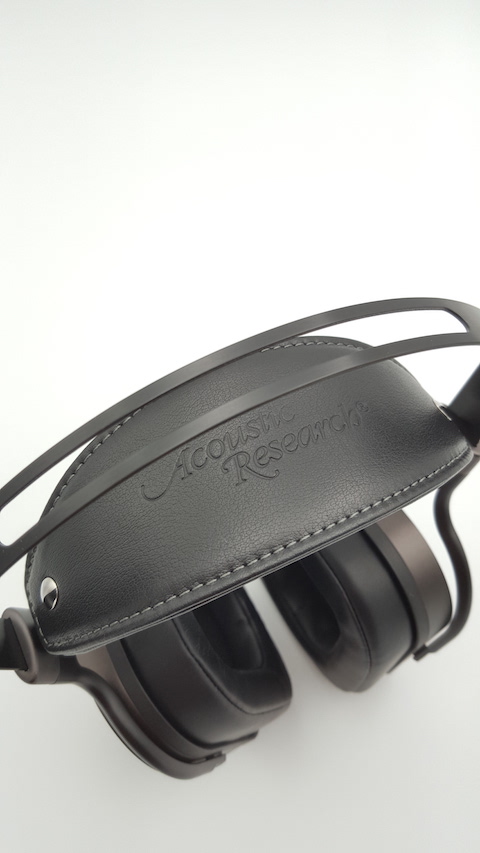 The ear pads are made of leather over memory foam and they’re soft like pillows. They aren’t as deep as some other headphones as I can feel the tip of my ears touching the drivers. It might bug some people with more sensitive or larger ears but were perfectly fine for me. The rectangular shape is symmetrical so you will need to mind where the cable’s left and right plugs go.

Which brings us to the cable. Out of the box, I immediately noticed something Acoustic Research could improve upon – colour coding the 2.5mm plug. The cable is all black rubber and the channel identifier is moulded on the 2.5mm plug housings so I had to scrutinise to differentiate between the “L” and “R” plugs. A coloured band on the right channel plug will eliminate this minor inconvenience immediately. But other than this, the cable feels robust and well made. On the business end, it is terminated with a common 3.5mm jack while a screw-on quarter-inch converter is included in the box.

LISTENING
Although on paper, the impedance is low at 33 ohms with a high 100dB/V sensitivity, the AR-H1 headphones require proper amplification to sound their best as do most mid- to hi-fi headphones. I wanted to test them through a multitude of real life applications so I took them to work for a few days.

Straight out of my 2011 13-inch Macbook Pro, they sounded bland and lifeless. The telltale sign of improper amplification showed glaringly. Treble was grainy and distorted while bass turned flabby and uncontrolled. But even in that state, the AR-H1 still sounded better than most consumer grade headphones. You still get the mids you yearn to hear when you put on a Diana Krall track. 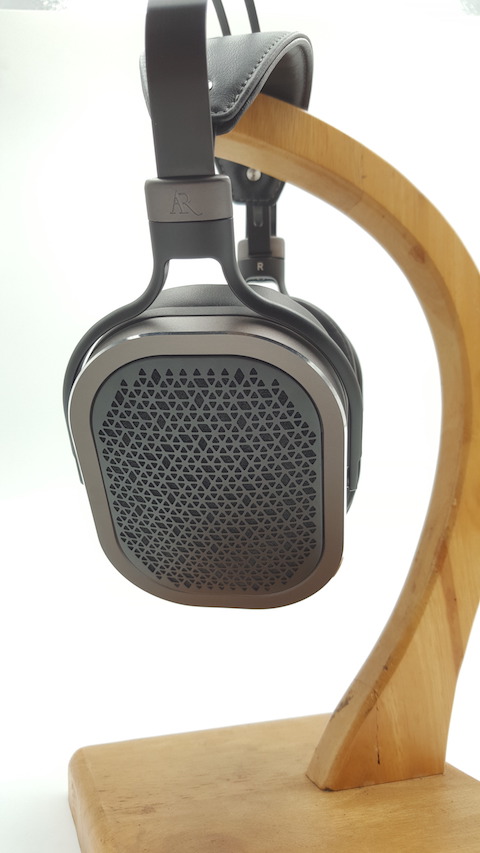 Depending on your phone, it could be a mixed bag. I never quite got to enjoy them out of my Xiaomi Redmi Note 3 but they did sound “adequate” on a friend’s iPhone 6S Plus. There’s a persistent hiss out of all laptop and handphone jacks whenever music plays, which I think can be attributed to the 100dB/V sensitivity.

Properly driven, they sounded great. They lean towards being bright because of their treble emphasis so you need careful consideration on what you’re driving them with. Being open-back, the bass is slightly light. There is sub-bass rumble when the music calls to it, and you won’t miss any double pedal notes from your Sunbather album. Mombasa, from OST Inception, is a great track to test the bass capability of headphones. The AR-H1 was able to convey the complex bass lines while still maintaining the coherency of synth notes and trumpets.

Another delight with these cans is Tchaikovsky’s 1812 Overture. Their revealing nature allows you to bask in the symphony as individual stringed instruments are presented in their appropriate layers. There’s plenty of plankton as the drivers dig into the track for the most minute micro details. As we reach the track’s climax, the AR-H1 renders the cannon shots with authority.

I have some mixed feelings about the treble on these cans. No doubt they do have a lot of treble energy, but when it comes to complex passages, some of the resolution suffers. Expect some sibilance on bright tracks like Michael Jackson’s Beat It. Sibilance is there but it is not offensive or intrusive. The accentuated “esses” might or might not be your cup of tea, but I did enjoy this track immensely with the AR-H1. It felt energetic, quick and nimble on its feet. 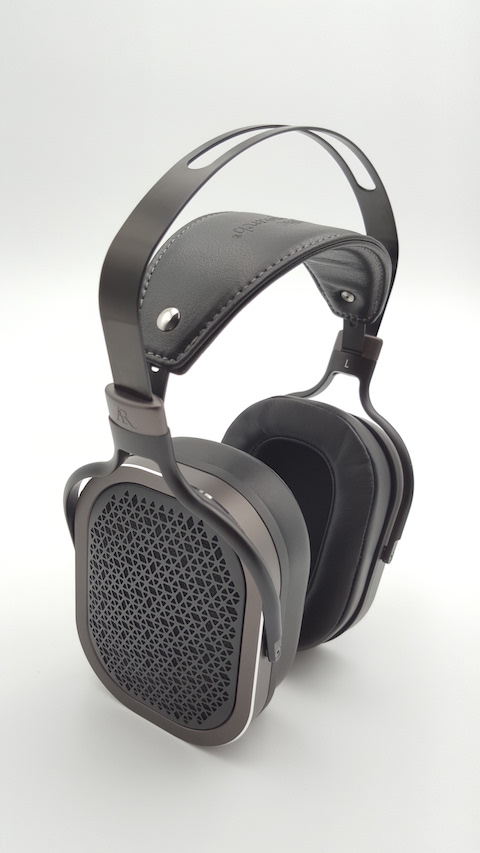 Switching from my SuSy Dynahi amp to my Matrix Mini-i tamed the treble emphasis. The Mini-i does have a warm analogue section with a slight dip in the mids so there’s a bit of a trade-off here. Based on its frequency response graph, the AR-H1 already does have a dip in the midrange region, but throughout the testing period, I found the mids were actually pretty good with the Mini-i.

Most of my listening is done through Tidal Master and I found some post-Liquid Spirit albums by Gregory Porter. I gotta tell you, Take Me To the Alley brought me enjoyment and his vocals were rendered very well.

The soundstage for this pair of headphones is quite big and stretches wider than it is deep. Vocals sounded intimate, as if the singer had been brought closer from the centre stage while the accompaniment plays all around. Imaging and instrument separation were not too precise from what I can tell. On some tracks, it was harder for me to pick out the positions of the instruments.

For the duration of testing, I was quite pleased with the AR-H1. Response from users have been somewhat polarising, with one group claiming they’re great while another saying you can do better with your budget. Regardless, reviews and impressions can only tell one side of the story so your best bet is to try them out first.

THE LAST WORD
The Acoustic Research AR-H1 is a good attempt at planar magnetic headphones by a company better known initially for its speakers and more recently, portable players. Diving into a new territory is never easy for any manufacturer, no matter how big or established. There are always some kinks and quirks that need to be ironed out for the next iteration and the AR-H1 is no exception. These headphones have articulate and controlled bass with gorgeous mids, but they could have done better in the treble region and the imaging.

That said, at the price point, I have no problem recommending them to anyone who prefers bright headphones. With the right track selection and equipment, they will sing well! Horses for courses, my man, horses for courses.

Ammar Mariti is a music lover who loves to build his own equipment. Occasionally, he can be spotted lurking around in the shadows of headphone stores and audio dealers.