+ Sonically captivating, with a detailed and solid presentation; impressive build quality; gets to the heart of the recording in the right system; very honest.
– Nothing much other than my grouse that the Bryston remote is a costly option (important if you don’t like using apps or independent units).

IT’S 2018, and yes, we’re still with the CD format. Just as there are probably trillions of LPs out there waiting/needing to be played (and hence ensuring vinyl’s continued existence despite predictions of its demise as far back as the early 1990s), music lovers and audiophiles have billions of CDs in circulation that will keep the silver disc alive for a while longer. In fact, there is a signification swathe of audiophiles who prefer the completely hassle-free nature of CD playback, shunning vinyl (for its finicky nature) and today’s trend in streamers (for the perceived complexity).

Apart from vinyl, I have music stored in computers, network-attached storage and a hard disk player, yet, a good portion of my listening is reliant on CD playback. It’s convenient and my collection has been built over three decades. While my Sony HAP-Z1ES is increasingly taking up a fair share of my time, I often use the CD player as a reference. And honestly, there’s just more physical involvement than streaming music.

Getting to the point, which is CD playback… the Bryston BCD-3 CD player. We haven’t reviewed a CD player on this website for more than three years. Vinyl and USB DACs have been getting all the attention, but I was curious about the level of progress made in CD playback in recent times. My stalwart Ayon CD-1S a few years old… and something inside was nudging me to browse and hear what today’s technology had to offer.

The BCD-3 caught my attention because, as Bryston states, “universal disc players can play back CDs but certainly won’t resolve the full dynamic range and nuance the medium is capable of; they inherently compromise CD playback to support additional formats.”

The BCD-3, Bryston emphasises, “was engineered explicitly for the purpose of making your Redbook CDs sound amazing.” As you may have guessed, it plays only Redbook CD, and has both XLR and RCA analogue outputs, along with a coaxial (S/PDIF) and AES/EBU XLR output each, should you want to link it to an outboard DAC. The Ethernet and USB-A outputs you see on the rear panel are merely for control purposes.

The Bryston remote handset, the BR2, is an expensive option (US$375), but you can use a third-party universal remote. Or hook the player up, via the Ethernet port, to your home network and you can use a smart phone app to control the CD player.

The BCD-3, which is available in black or silver faceplates (and with 2U rack-mount option), measures 432 x 85 x 293mm ((w/h/d) with its standard fascia. There’s a longer faceplate available which adds about 50mm to the width.

I took a unit back, ready to be amazed… 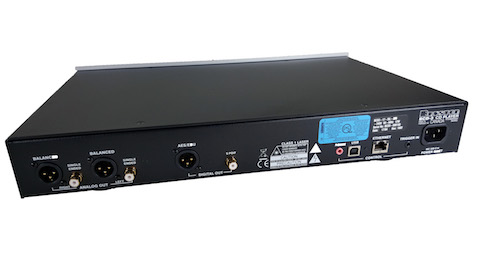 SETTING UP
CD players are simply plug-and-play, and this is no different. The decision is whether you want to use the RCA or XLR outputs. I can’t say I found any discernible difference in performance between both, but if you’re using long lengths of interconnects, it is advisable to opt for the balanced outputs.

On powering up, the BCD-3 initialises for a brief second and is ready to accept a disc. The green display is a bit retro and I found it a refreshing visual change.

The sliding tray for the transport is reinforced with slim metal bars at either side, and feels more reassuring than those on cheaper players. The display is a bit bright but can be controlled… but since I operated the player sans remote, I had to make do with the display screen at its brightest always.

LISTENING
Since this was a demo unit, it had already seen some action and didn’t require me to waste too much electricity running it in over weeks. The reference, of course, was my tube-equipped Ayon CD-1s, which has been in my system for more than half-a-dozen years. While I was not expecting to be blown away (let’s not beat around the issue, the Bryston isn’t priced in the stratospheric range, if it were, my expectations would have been sky-high), what quickly drew me to the BCD-3’s performance was its poise and control. If you think CD’s sound is dated and high-res is the way to go, well, the BCD-3 pulls off a few new tricks in the Red Book range.

There’s well defined deep bass (as much as my speakers/room will give me) and there’s the same level of definition and clarity across the reproduced audible frequency spectrum – natural and smooth, and no “warm-ish” glow in the mids or highs, unlike the Ayon. The BCD-3 is clear in its brief of delivering exactly what is on the CD – no additions or omissions, you get the details, warts and roses, ie, whatever has been laid down on the recording. 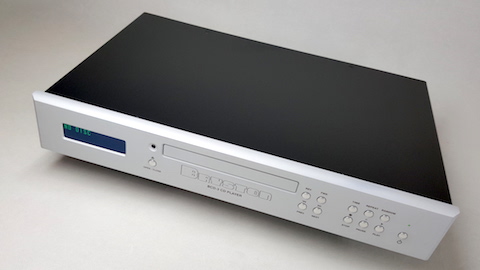 It had a superior grasp of spatial information, as in the space around each instrument and voices, than the Ayon, and no colouring of timbre or tone. Lest you think it may be leaning towards a sterile or clinical approach, this is not the case – it shows up the nature of the recordings in all its glory (or not), so you can lay the blame on the recording/mastering process if some music reproduced is cooler in energy or vibrance. If there’s a whole lot of pizzazz in the performance, the BCD-3 lets you hear it.

Among my regular reference CDs for assessing a system are Dire Straits’ eponymous debut album, Diana Krall’s Love Scenes and a test disc called Dynamic Experience containing some challenging bass, drums and blues tracks (Victor Wooten, Jim Keltner and Stevie Ray Vaughan respectively) and on these, I found the BCD-3 pulling ahead in some areas, revealing certain nuances better than the Ayon, while never fazed by hard-hitting kick drums or the biting knife’s edge tonal texture of a Fender Stratocaster electric guitar.

Some CD players can give you all these, but sound a tad too relaxed or laidback… not the BCD-3. It conveys the inherent excitement or aggression without going over the top and risk sounding in-your-face or brash. Listening to jazz recordings was sheer pleasure, the player conveying the ambience and mood with a cool and comfortable ease that made you forget you were sitting in your listening room.

While the Ayon has a more forward and bolder presentation, the BCD-3 is more balanced in the depth of its stage, drawing the listener in especially with the better recordings. It also had a wider stage, and this allowed a smoother fleshing out of detail, with the darker backdrop exposing nuances to a greater degree.

THE LAST WORD
There’s really no reason not to recommend this CD player… if you’re in the market for one at this price. Yes, I do feel Bryston has painted itself into a bit of a corner by delivering a purist player like the BCD-3… at the price, there would be expectations of a digital input – at least a USB one – to allow external media to be played, too. However, this would have meant needing DSD compatibility, at the least. My guess is that since Bryston already has other digital player/DAC options in its range, the company didn’t want to cannibalise that market by making the BCD-3 more versatile and “beyond” Red Book.

That said and done, this is a very fine CD playback machine that will ensure its owner years of fine musical enjoyment, and is an especially great investment of you have a vast collection of CDs and don’t see yourself parting with the format anytime in the near future. The only reason I didn’t put my money down on it was that my current player works just fine. If yours doesn’t and/or you’re looking to upgrade or put together an impressive high-end CD-based system, the Bryston BCD-3 is a great proposition.

OPPO Digital bows out, promises to continue technical support
Cary Audio AiOS – all in one and one for all