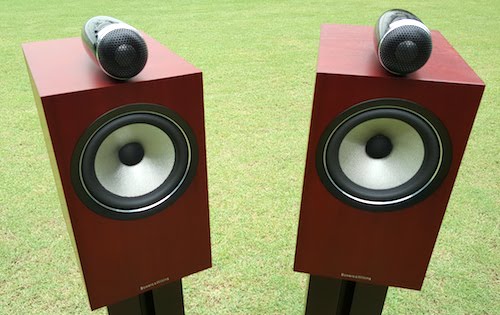 + Small footprint speakers with a big sonic heart coupled with ample bass performance; will please many who crave a lively, detailed and rhythmic sound; very good soundstage and imaging; great disappearing act.
– Looks small and many may overlook it, especially at its price level; for some, the bass may be too much, especially if the speakers are not placed sufficiently away from the rear wall.
Sound: 8.5/10
Value: 8/10

ABOUT a year ago, I reviewed the flagship stand-mount model in Bowers & Wilkins’ top line 800 series, the 805 D3. I remember the experience very well as it was a truly first-class speaker, and I lavished much praise on it. Readers can refer to my review here.

Today, I am reporting on the next level down stand-mount model, the 705 S2, which has a number of innovations trickled down from the 805 D3. The most obvious are the use of the same Continuum material for the mid-bass driver (a 165mm unit) and the decoupled torpedo-shaped 25mm tweeter unit mounted atop the cabinet. This tweeter, however, is not the very expensive diamond version found in the 805 D3 but a specially designed carbon-dome model for the 700 series.

Visually, apart from the tweeter on top, the 705 S2 looks quite different from the 805 D3. Firstly, the two-way design is ported at the back rather than the front and it is also a more traditionally rectangular box. 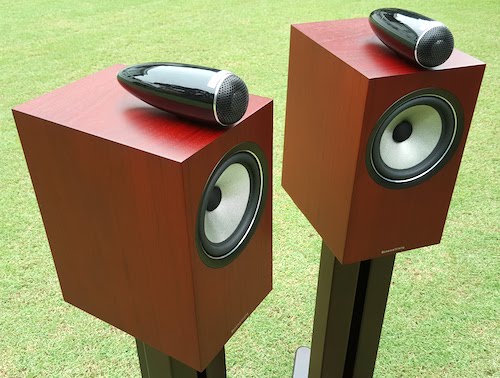 The review pair came in a most attractive rosenut finish (other options are gloss black and satin white), and overall quality is what is to be expected at this price level. Surprisingly, it was not as heavy as I expected it to be, but was assuringly inert when I knocked on the cabinet.

LISTENING
The 705 S2s were toed in such that the line of sight crossed just in front of my listening position, with about eight feet between the speakers, which were sited 10 feet from the listening position and well clear of wall perimeters. I found that the speakers were fairly easy to position as only slight changes were needed to achieve a reasonable soundstage, image definition and density. Having said that, when I initially had the speakers pointed directly at the listening position, I found them to be too boomy and slightly shouty. The final position resulted in a much more relaxed and well-balanced sound.

I started the listening with almost the same tracks I used in evaluating the 805 D3 as I wanted to hear what the compromises in drivers and cabinet design would result in (albeit based on memory). 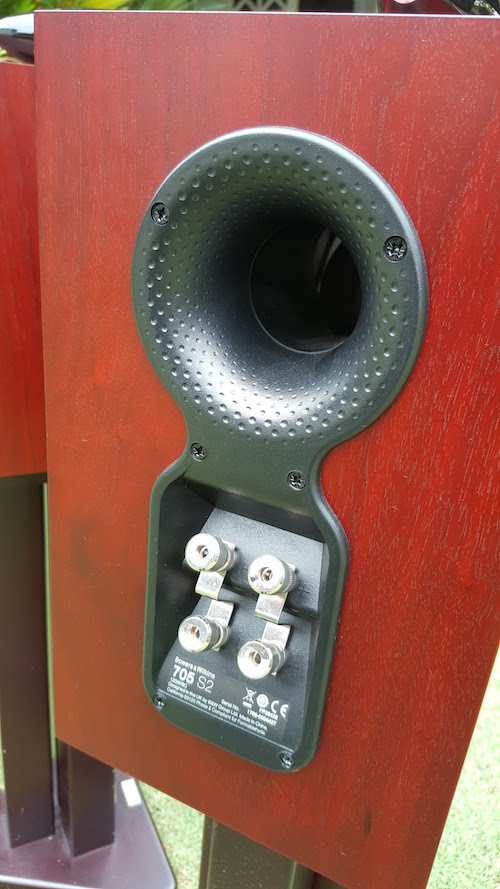 Firstly, if you were hoping that for about a third of the price, you can get the 805 D3 performance, you would be disappointed. Right from the start, it was clear that the 705 S2 does not have the finesse and poise of the pricier speaker.

The highs were less thrillingly real and the bass, while very ample, sounded less controlled and impactful. For example, Sonny Rollins’ saxophone sounded a bit rougher and less impactful than my memory served me. Also rather obvious, the double bass sounded as if it had been carried right up to the front instead of being at the back as is usual. This bass prominence was mitigated somewhat with a sharper toe-in as mentioned above but remained a key feature of the speakers. But there is no question that the sonic DNA is very much in evidence, as the sound signature is very reminiscent of what I remember of the 805 D3. 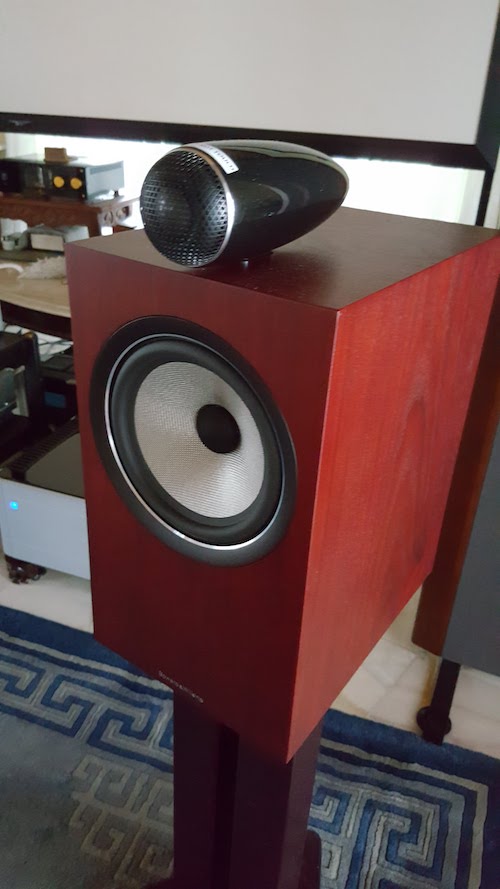 Assessed on its own, the 705 S2 is a sterling performer. Detail was excellent, and there is plenty of attack and dynamics. Driven by my 400W McIntosh, the speakers filled my very large listening room with ease. Vocal quality was very good and I enjoyed listening to many of my favourites without missing my resident reference speakers. The 705 S2, like the 805 D3, has an uncanny ability to disappear and allow the music to be hanging in the space in front as if live and breathing musicians are in the room. When playing recordings of live music, this can be quite magical as when I played Diana Krall’s Live in Paris.

The 705 S2 also displayed pinpoint stereo imaging as well as very good layering of the music. For example, each instrument in the Stan Getz album, Big Band Bossa Nova, was placed in its distinctive place. Detail came through from the farthest corner of the band well beyond the speakers’ boundaries. 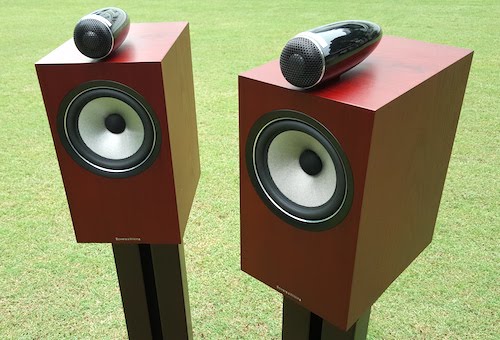 I recently cleaned my whole collection of Linda Ronstadt albums using my new ultrasonic LP cleaning machine. Her Simple Dreams album is one of my faves and I know it well. Through the 705 S2, her voice was beautifully portrayed, but on the busier passages, the 705 S2 sounded just a bit lacking in overall resolution. But then I opened my eyes and saw that all that music was just from a pair of almost diminutive speakers. That’s when I marvelled at what Bowers & Wilkins has created here!

As with the 805 D3, I was very impressed by the size and scale of the sonic images projected by these speakers. Instruments and voices were always placed in a palpable natural-sized soundscape albeit slightly shorter than that I am used to with my six-footer Magneplanar speakers. The 705 S2s were also very transparent to the quality of upstream components. Quality of recordings, on LP or digital files, were clearly distinguished through the 705 S2s although they seemed more forgiving of poorer materials than I remembered the 805 D3 to be.

THE LAST WORD
The 705 S2 is an excellent addition to the Bowers &  Wilkins range and has many of the qualities of the 805 D3. It is excellent on vocals and detail, and with careful placement, has excellent bass. Imaging qualities are first rate and the sound is much larger than the appearance would suggest.