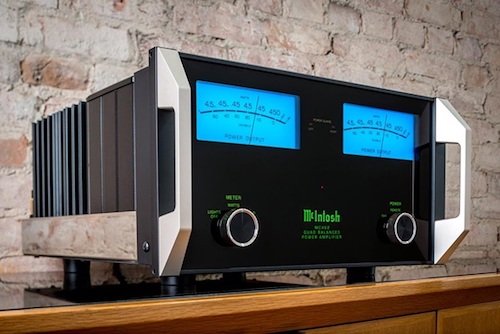 THE “400” stereo power amp from McIntosh Labs moves into its next iteration – this is the MC462, which replaces the MC452 (which, in turn, had replaced the MC402 years ago). The new MC462, like its forebears, is a quad balanced design and delivers 450 watts per channel (in 2, 4 or 8 ohms) via its proprietary McIntosh Autoformers.

So what’s new on the MC462. According to the company, “the new generation MC462 stereo amplifier has received numerous updates, the most prominent being the filter capacity’s increment by nearly 50%, which has resulted in a remarkable 66% increase in dynamic headroom from 1.8dB to 3.0dB.” 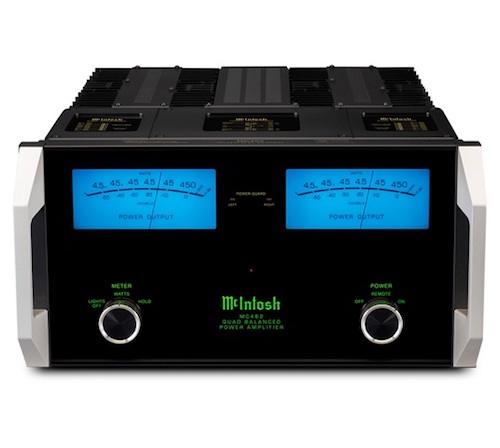 This, adds McIntosh, allows the MC462 to easily handle drastic swings in dynamics and effortlessly reproduce music with virtually no distortion. Bass performance is also improved as a result of the filter capacity increase.

“Our eco-friendly power management system, which will turn the amplifier off after a set amount of time when no input signal has been detected, has been added. Internal wiring and select circuit components have also been upgraded.” 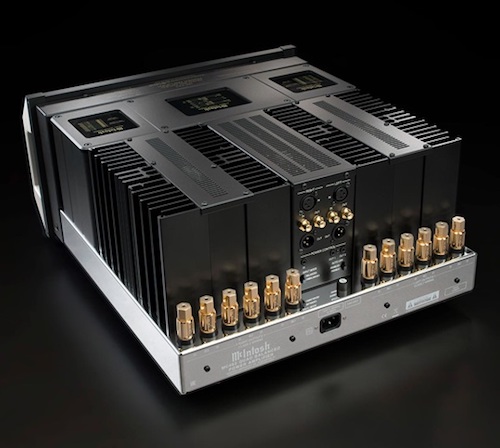 In terms of aesthetics, the MC462 retains all the hallmarks of a McIntosh amplifier, with a few key modern enhancements.

“The front panel now utilises direct LED backlighting that improves appearance and colour accuracy. The two audio Autoformers and single power transformer are housed in new enclosures topped by a single machined cover with glass inserts. The back half of the amplifier is home to four of our monogrammed heatsinks which connect to advanced high current output transistors that help eliminate thermal equilibrium lag time.”

Tempted to upgrade already? The MC462 is already shipping so contact your distributor for more information. 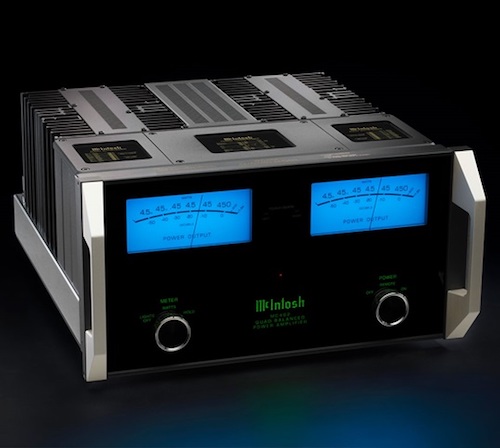