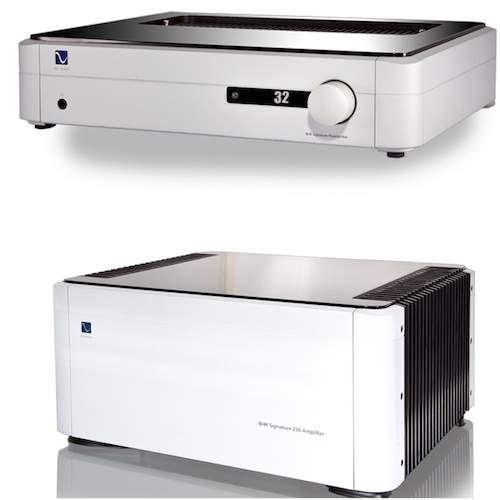 + Very realistic airy and natural sound quality; bass goes deep, fast and truthful; awesome dynamics and yet handles soft passages with delicacy and absolute finesse; very excellent headphone amplifier on preamp.
– Sonically, nothing much; volume changing does result in audible soft clicking from the preamp; only caveat is that these may be overlooked by buyers in their quest for brand recognition, much to their loss.
Sound: 9/10
Value: 9/10

PS AUDIO was founded in 1973 by audio designers Paul McGowan and Stan Warren (hence the PS) and the first product was in fact a phono preamp! Through its history, PS Audio underwent several changes in ownership with McGowan leaving the company. Finally, when the company went bankrupt in 1997, McGowan reacquired the name and re-started operations in 1998 but this time entered the then new area of AC power regeneration products for the audiophile. Today, PS Audio is still more widely known as a power conditioning equipment manufacturer although it has widened its product offerings to include amplifiers and digital playback systems and accessories.

The equipment for review here are the groundbreaking BHK Signature preamplifier and the BHK Stereo 250 power amplifier. The BHK here refers to Bascom H. King, a renowned amplifier designer who was lured out of retirement to lend his knowledge and name to these top of the line PS Audio products (there is also the BHK Signature 300 monoblocks). In the most significant departure for the company, all three BHK products use vacuum tubes in the input stage, which King insisted on as in his opinion, “vacuum tubes are simply more convincing and musically accurate than any other input configuration I have ever tried”.

Another significant feature is the volume control in the line-level Signature preamp – this is often the Achilles heel of many a preamp. King adopted a fresh and novel approach by using a combination of an input stepped attenuator built around the highest quality passive components, coupled with controlling the actual gain of the vacuum tube for fine volume steps. Apparently, this fresh approach provides the lowest possible impact on the music signal passing through! 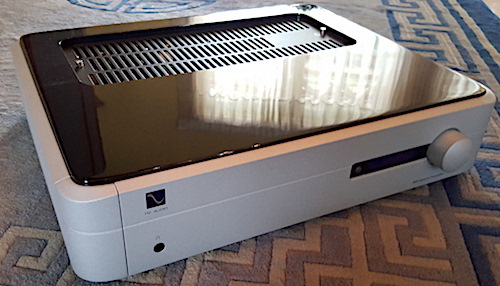 The preamp also incorporates a state-of-the-art headphone amplifier. King’s credentials in headphone amp design are impeccable – he designed the revered Audeze the King headamp, which costs US$3,995.

The BHK 250 is rated at 250 watts into eight ohms and doubles that into the four-ohm load of my Magneplanar 3.6R, whilst remaining stable down to a two-ohm load. One can safely assume that the BHK 250 will drive almost any speaker in existence! While not especially large, it weighs in at 38kg. Installation is certainly not a one-man job (a big thank you to the editor who helped to manhandle this behemoth). As mentioned, the BHK 250 also incorporates vacuum tubes in the input stage using a zero loss topology to enable the finest musical details to pass through from the preamp to eventually the output stage of the power amp. 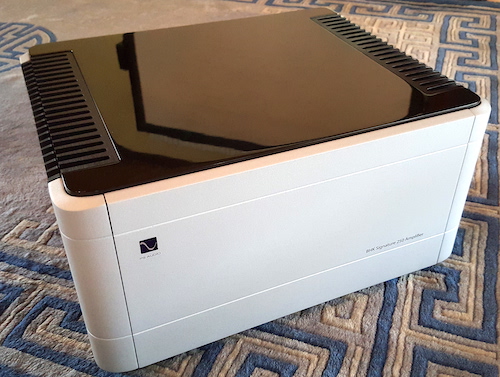 Both the pre and power amps are quite exemplary in terms of fitting and finish as can be expected at this price level, and the number of inputs is more than adequate for most systems. In fact, each RCA input and output is duplicated by a balanced input or output. Both models are fully balanced from input to output. I also quite like the neat and tidy design of the two units although some may see them as somewhat lacking personality.

For this review, most of the listening was with the two PS audio products in partnership as so designed but for comparison purposes, my reference Shindo Masseto preamp was also paired with the BHK 250. In a third configuration, I had the Signature preamp partnering my McIntosh MC402 power amp.

LISTENING
Both the units were supposedly run-in but initial listening suggested that they might have been idle for a while. I allowed for almost a week of use for a few hours daily before I took any critical notes. I did not leave the units on standby as suggested in the user manuals as my area is too prone to violent thunderstorms to risk it. So each session required a bit of warm-up, about 30 minutes, before the sound opened up.

Let’s get one thing straight first, the BHK 250 is powerful, exhibiting absolute control over the Magneplanar. At no time during the entire review process did I hear any stress or strain, no matter what music genre I played or how loud. There seems to be endless headroom and one has to restrain from using the volume control too liberally! Even at very high volumes, the sound remained lucid and sweet. Bass had authority going down deep, fast and impactful but retaining nuances and detail.

The overall sound signature of the two BHK products, in my opinion, is best described as supremely realistic with an airy, tactile and natural clarity. There seemingly are no artificial quirks to the airiness and natural flow of the music. With all genres of music, I found myself responding to the pace and rhythm of what was being played. My sore and tired arms can attest to the amount of air guitar and conducting I have been doing while the two products were in house! In addition, critical listening will also tell that the music was portrayed as one whole band or orchestra playing and not disparate instruments. So it is not like you can say I especially like the saxophone or piano but instead you have to literally hear what the entire ensemble is really doing together.

Vocals from the likes of Diana Krall, Shelby Lynn and Ella Fitzgerald truly were magical as were male voices such as Elvis Presley, Michael Buble and even Stevie Ray Vaughan sounded like he meant every word. Those who enjoy great singing will love these amps. I also played 2 Cellos’ album, Score. Backed by the London Symphony Orchestra, the Game of Thrones medley which opens the album was wonderfully atmospheric and hugely dynamic. The cellos sounded just rightly natural in being woody and sonorous when it mattered. Frank Sinatra backed by the Count Basie Band had almost touchable presence, such was the realism. 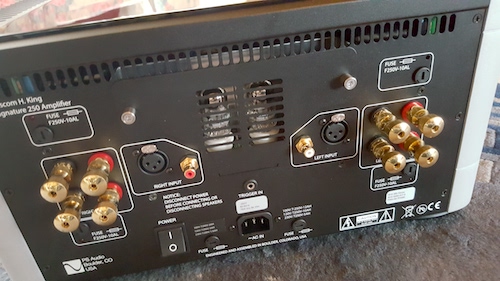 The atmosphere in the Blues Alley was almost holographically reproduced in my listening room when I played Eva Cassidy’s live album. Details emerged from the crowd at the Blues Alley that previously in my resident system were only hinted at. Yes, the Signature Pre and BHK 250 are very adept at unearthing fine little details, and placing them in the natural soundstage without drawing too much attention that it detracts from the overall musical event. The Tsuyoshi Yamamoto Trio masterpiece Misty was riveting and the piano sounded very real as if it was in my listening room.

Obviously I like very much what I was listening to but now comes the acid test. I replaced the Signature Pre with my Shindo Masseto. The sonic character obviously changed but overall I can say the Signature Pre is almost the equal in most areas and in some areas exceeds my Shindo. In terms of detail, the Shindo is perhaps slightly less, but it paints a bigger and fleshier sonic picture, giving the impression of a more human-based music-making event. But this is being extremely critical, in all honesty I probably can’t hear much difference if I am blindfolded! To its huge credit, the BHK 250 is totally transparent to the change in its upfront partner, which is everything a power amp should be.

When the Signature Pre was partnered with my McIntosh MC402, similarly the sound seems less detailed but gained a nice warm tonality that is the hallmark of McIntosh. Again this is really based on acute critical listening(which is really not fun at all!) and in normal circumstances the differences are really subjective and very much the preference of listeners.

Whilst the two Signature products include vacuum tubes in their input stages, they do not sound at all tube-like in the traditional understanding of what tubes should sound like. Indeed when my all-tube Shindo Masseto was in place, the sound was much more tube-like. This is, I believe, perhaps the most distinctive aspect of the two Signature products, that King has designed them to be unique in their sound signature so that maybe one day, audiophiles will refer to it as the PS/BHK sound! 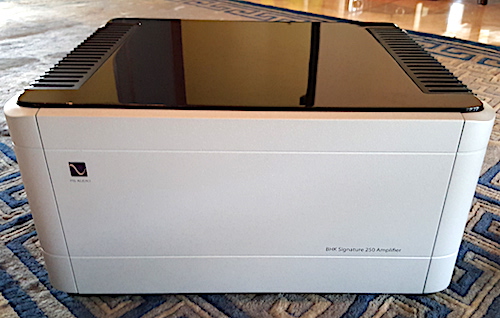 A lot of my listening was done with vinyl as the source and I can say with conviction that vinyl sounded just right with the BHK pre-power combination evoking not only the finer details but also nuances and atmosphere that somehow digital still fails to convey fully. With vinyl as the source, there emerged a more palpable sense of musical believability, with musicians seemingly transported and placed in my listening room!

Lastly, I listened to the headphone output using my Sennheiser HD600 and Oppo PM3. Unlike many others, the headphone amplifier incorporated in this preamp is definitely not an afterthought! The sound through my HD600 was highly reminiscent of the pairing with my now departed Cary CAD300SEI, being engaging and non-fatiguing with a hint of warmth. Based on my memory, I believe this bettered the sound with the Cary. With the Oppo PM3, the sound was tighter and had more impact as expected and was also highly enjoyable. This has to be the best headphone amplifier incorporated into a mainstream preamplifier that I have experienced.

As a finale, I played the Chicago Symphony Orchestra/Solti version of Beethoven’s Ninth at, I must add, concert hall volume. The intensity of the playing, singing and the sheer beauty of the strings were a real joy and the thought came to me then, that much like this symphony is Beethoven’s greatest, the PS Audio Signature products may perhaps be King’s greatest achievements, too.

THE LAST WORD
PS Audio and King have come out with two of the best amplifiers I have ever had the opportunity to listen to. The BHK Signature pre and the BHK 250 power amp have unique sonic qualities that please not only the ears and brain, but also, I dare say, touch the soul. Reproduced music in one’s home has seldom been as enjoyable as when these were in mine.

Unlike most of the upper echelon of hi-fi, the prices of these Signature products are sane and within reach of audiophiles who seek great products without worrying about brand hierarchy or prestige.