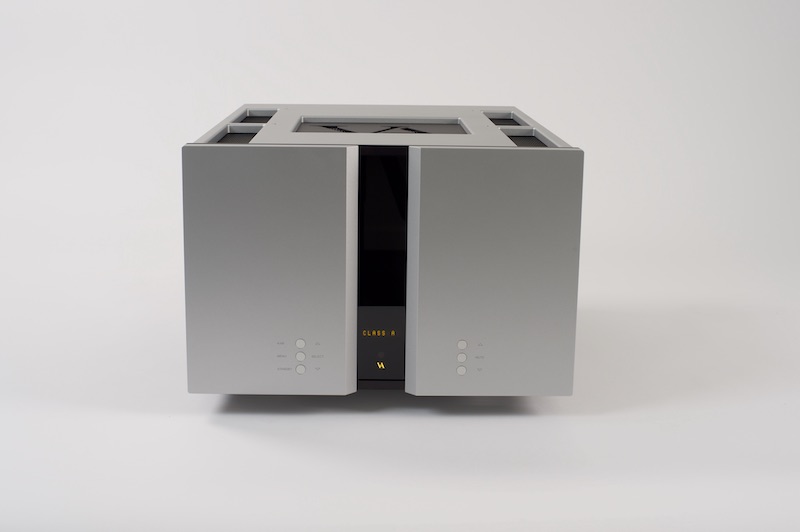 + Full bloom at low listening volume and heartily composed when max-ed out; musical weight and immediacy to crave for; ample headroom with deep reserves to handle the most demanding speakers; balanced presentation with a solid grip on the lows; amazingly quiet while extracting fine detail across the spectrum without being jarring; fatigue-free listening.
– May not appeal to the modern audiophile with a taste for lightning-fast excitement and overly granular details (but spending some time in the fatigue-free classic mode will usually swing them over).
Sound: 10/10
Value: 10/10

OFTEN, I have wondered if the brilliance in high-fidelity equipment coming out from Denmark is a result of the long dark winter keeping designers indoors, hatching ideas and perfecting them on the bench waiting for spring to bloom… or if inspiration sprouts with an ice-cold Carlsberg by Søndervig Beach, basking in 20 hours of the summer sun with ideas barbecuing over the pit. Having met Hans-Ole Vitus, CEO and founder of Vitus Audio, I will leave it to your guess as to how his wonderful products are gestated.

What I have in front of me is a beautifully-crafted 85kg behemoth – 254 x 435 x 610mm (h/w/d) – that is the SS-103 power amplifier, sitting snugly in my little room. The chassis exudes the sort of quality possible only with supervision from a person with obsessive compulsive disorder. If you are a minimalist, you will like the face-plate design with two rows of semi-recessed vertical buttons towards the bottom with a small display panel sandwiched in between. The heatsink flanks both sides of the chassis and is hidden from the front view by the face-plate, while the top plate has rectangular cut-outs, two on each side, to ventilate the heat sinks. The clearly laid out rear panel has excellent speaker terminal knobs to accommodate spades and banana plugs while the input terminals offer a choice of balanced and single-ended connectors

Technology perfected in the top-of-the-line Masterpiece series cascades down naturally. The SS-103 has an output stage that is similar to a MPS-201, input regulators taken from the MP-M201, and the Classic and Rock sound modes from the MPS-201 amplifier. It is based on a fully modularised SMD design topology much like the Masterpiece series. 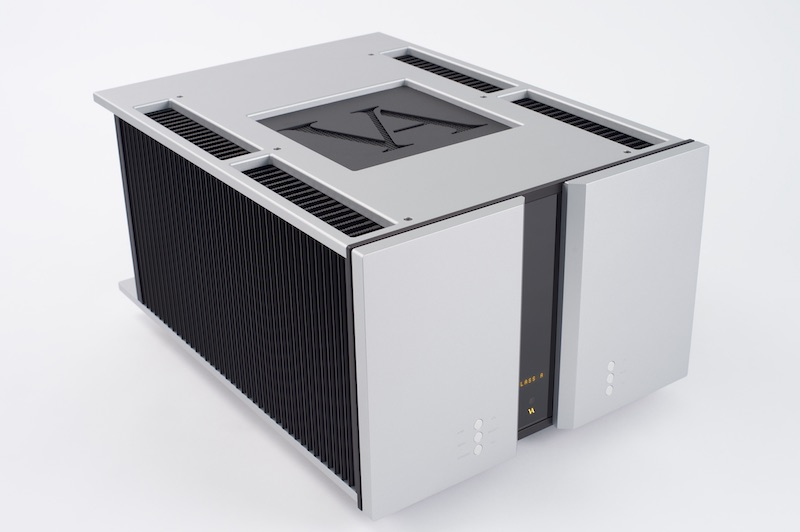 LISTENING
The SS-103 sounds like no amplifier that I have listened to before. I was literally gobsmacked when I dropped the needle on the record. This amp has the sweet highs and lyrical midrange of tubes and for a moment, if I were to do a blind test, I could be fooled into thinking that my SET 300B or 211 amplifiers was playing. But the low end is much better than my tube amplifiers, especially at low volume. Could this be the holy grail I have been yearning, for that illusive escape from endless pit of NOS tubes? The highs and midrange of tubes and the grip of a good solid-state for the lows?

Have you experienced your 10-inch woofers sounding like a three-inch driver when playing at low volume? Well, not with the SS-103, which delivers the whole spectrum at low listening volume. The bass notes have real weight and extension detail, much like how if you pump up the volume. The rumble from the bass section was felt when I played Stravinsky’s Firebird or the lively drum solo by Jack deJohnette in Nardis (Bill Evan’s Another Time: The Hilversum Concert), on which I could feel the sticks on the snares and the thumps from the kick drums, all at conversational volume. This, according to Vitus, is primarily made possible with the stable current delivery coming from the carefully designed UI transformers and output module.

There is a good sense of immediacy with the SS-103. You hear each instrument for what it is, with each of its intricate characteristics coming through musically. I experienced the surreal hollowness of John Kaizen’s flute with each breath at varied tempo from the thrust of his breath and the gutsy short blipping chuffs of Illinois Jacquets’ trumpet towards the end of Happy Birthday Blues. The tension of Charlie Hayden’s double bass was felt as it was plucked and the dying breath from the bass extension decay conveyed how plump the instrument is. There was a real sense of realism to the listening experience. Similarly, vocals are rendered with such presence, with carefully laid out diction that is full of subtleties and nuances that I am used to from my tube gear. It was simply magical. 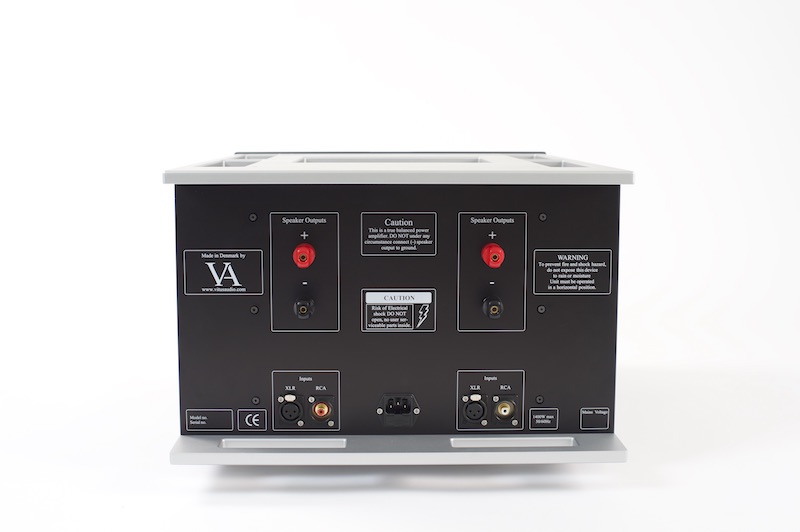 Quietness is a hallmark of Vitus components, bringing out plenty of micro detail, regardless whether I was listening to SACDs or LPs. Detail gently strokes the edge of music, caressing each passage with such musical weight that made each listening session thoroughly enjoyable, without any fatigue. Have you ever sensed the emotions from the audience as they gasp in the beginning of The Eagles’ Hotel California from Hell Freezes Over, before Don Felder strums his guitar or perhaps the woodiness of the hammer striking in Kojima’s piano when he is playing Paganini’s La Campanella or perhaps getting goosebumps listening to Julie Covington sing Don’t Cry for Me Argentina?

Can I have it all? Quietness, detail, tempo, scale, musicality and headroom from the SS-103? I dug up Mickey Hart’s Däfos, a percussion-dominated recording and played Passage on side B. Lights off and I was totally drawn in. Hart’s legendary Beast has impressive weight to the beat and feeds you with granular detail to pick out the drumming rudiments deployed. Forget about Toto’s Africa, this is the real bush land. You hear the gentle rumblings from afar against the totally silent background, with the crickets’ chorus forward of the blanketing insect field coming in before the brass brushings in the bush land… all well laid out and layered in a cool quiet summer night within the deep soundstage. The ritualistic chants from the bushmen anointing the coming-of-age echoes in the wilderness. The tempo and rhythm beautifully expressed by the SS-103 as the pace quickens. Then, the massive burst of literally everything from a complex mix of instruments, native cries and the Beast beaten to death as my Extremas attempted to draw out the reserves from the SS-103 ; yet the has a few good ounces left for the finale with remarkable headroom. 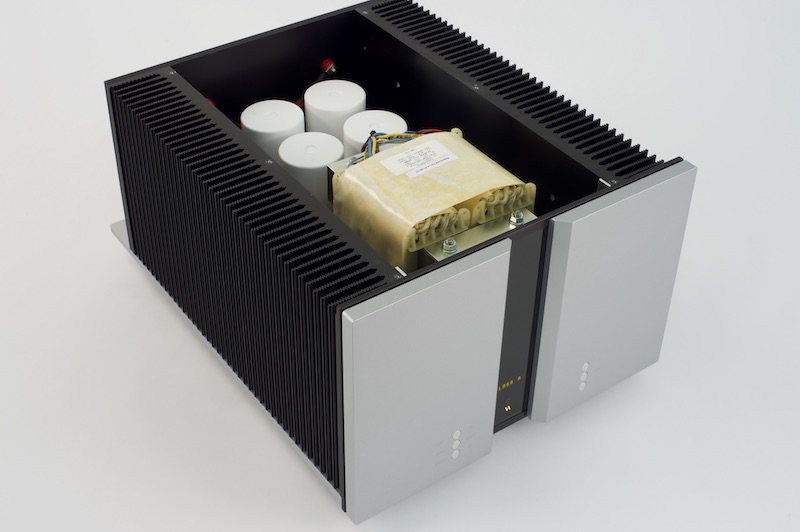 The SS-103 offers user selectable operating modes, comprising 50 watts in class A and 150W in class AB. When Class A mode is selected, you get the first 50W in full class A before it transcends into Class AB, while in Class AB mode, only the first 10W or so is in Class A. I did the bulk of my listening in Class A as it was reminiscent of my 300B tubes, mesmerising me with titillating highs and silky smooth midrange. Class AB offers a different interpretation of transient details, with less tube seasoning – it largely boils down to personal preferences and choice of music in the end.

The Rock mode offers the aggression that the modern audiophile craves – a forward presentation bursting with controlled energy and pace. I, on the other hand – the laidback old-school fella – prefer the Classic mode as it offers so much musicality for hours of fatigue-free listening. Most Vitus users will end up glued to Classic mode, according to Vitus

I did most of the listening sessions with a Simonte transformer-based passive attenuator as I wanted signal purity to get acquainted with the SS-103 when I paired it with a myriad of different source components, ranging from vintage turntables to modern SACD players and DACs. Later sessions were done with an SL-103 preamplifier, which a story for another day. 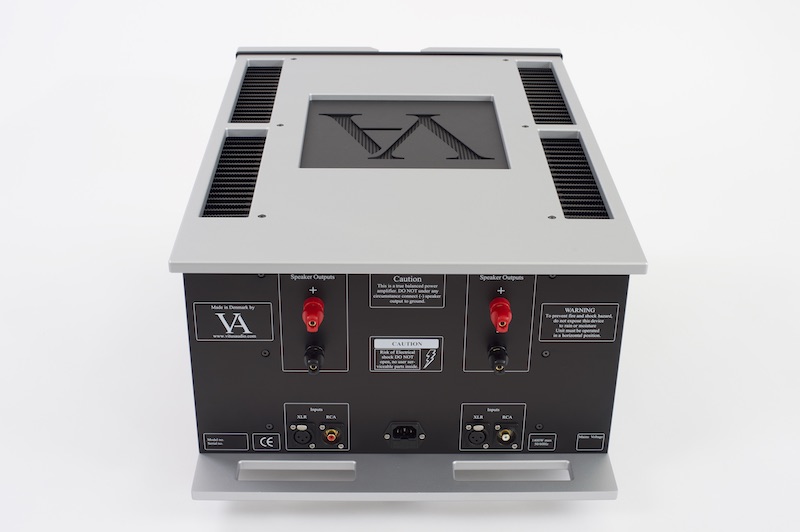 THE LAST WORD
Standing up for the SS-103 will take courage as it is not an amplifier that will strike most on first impression, with comparison often made to other high-end brands voiced to appeal on first bite to the modern audiophiles. Once the initial novelty wears off with the alternatives, you will soon realise that beauty is more than skin deep when you are making decisions that will take more than a pound of flesh from your child’s education fund. What you get in return is potentially a soulmate for a lifetime that will remain truthful to you, no matter what you throw at it and it will never return a jarring earful.

The Vitus SS-103 will rock for you when you want to rock, it will stay low in full view within earshot when you want it to be in the background and whispers to you sweetly when you are feeling romantic. This is corny, being a Trekkie, is this the final frontier? Well, it must be as the SS-103 is still with me after months of unseating my tube gear and it has brought me where no amplifier has ever brought me.