THE Ayre Acoustics EX-8 “hub” or modular amplifier, which the American company previewed early this year, is ready for your investment. The 100-watt (per channel into 8 ohms) EX-8, the first of the new entry-level “8” Series, is an all-analogue amplifier in its most basic form, but allows for a number of upgrades in stages. These include a digital base (analogue plus S/PDIF inputs) to which you can asynchronous USB and Ethernet connections.

As is the norm for all Ayre products, the EX-8 features fully balanced circuits with all discrete components and zero negative feedback.

“Unique technologies developed by Ayre that have filtered down from the award-winning (and higher priced) ‘R’ and ‘5’ series include an Equilock gain stage, Variable Gain (VGT) volume circuit and Ayre’s patent-pending asynchronous S/PDIF interface,” the press release tells us. 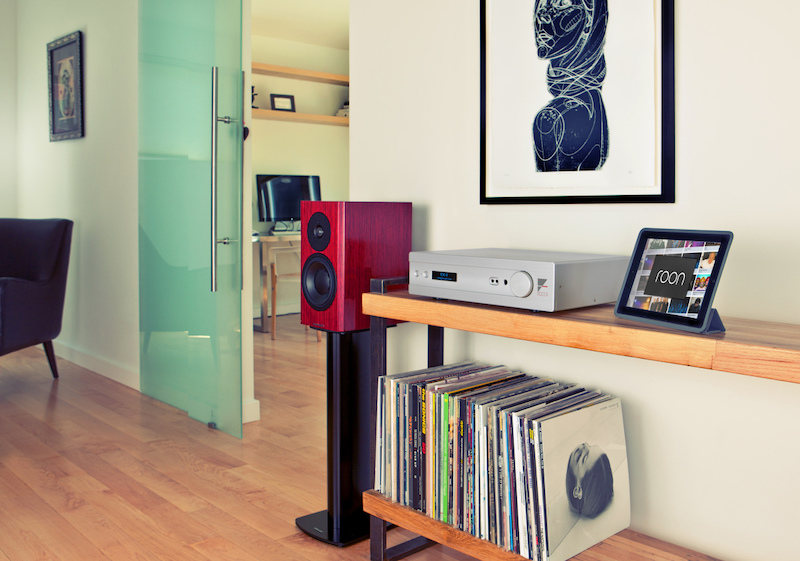 The basic model has three analogue inputs (one of them balanced), while the upgrades can accommodate up to six digital inputs (Ethernet, USB, AES/EBU, S/PDIF and two Toslink).

“With the Ethernet module installed, it is Roon-ready and pre-configured to stream Spotify, Qobuz, and Tidal. What’s more, it’s designed to be upgradeable for inevitable future technologies.” 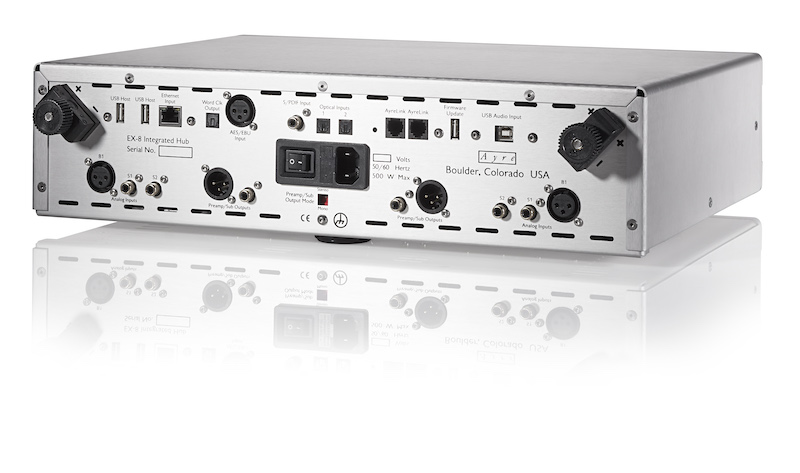 Also provided is a dedicated built-in headphone amplifier, “designed to drive even the most exacting headphones”.