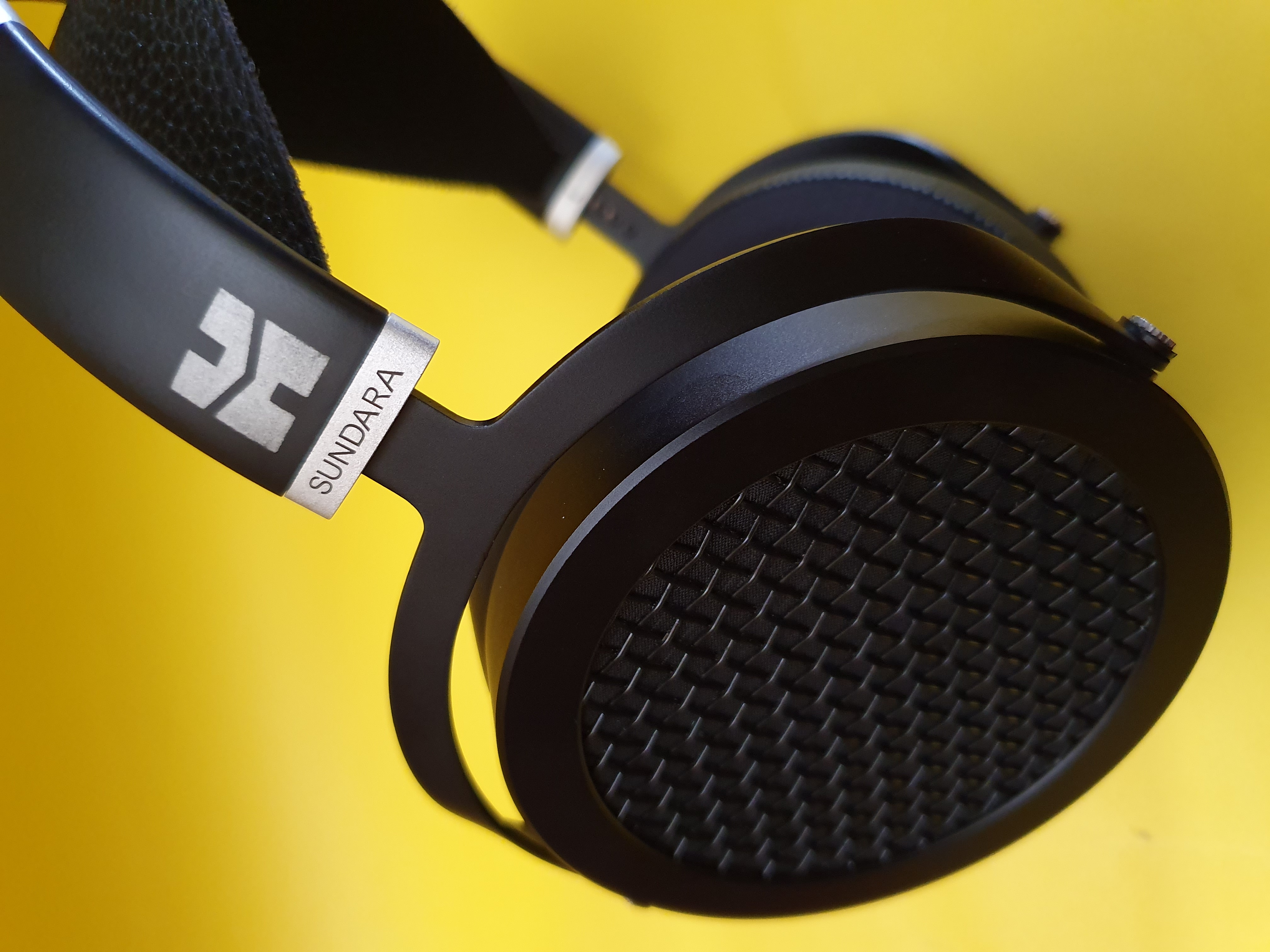 ONE of the more familiar China-based headphone brands that makes hi-fi quality units is Hifiman, which has impressive models like the US$1,500 Edition X and pricier HE1000 (US$3,000) in its line-up. Despite the impressive portfolio, some still refer to Hifiman by the somewhat disparaging moniker “Chi-fi”, for obvious reasons. Being an impartial tester, I don’t let these things get into my head.

The Hifiman Sundara is a beautiful utilitarian-looking pair of headphones. It comes in all-black with some silver trim on the headband adjustment mechanism and silver Hifiman logo. The headphones don’t clamp with too much force and the adjustment system works well, while the leather headband distributes weight evenly.

The cups are covered by a large metallic grille with a fine inner mesh to protect the planar magnetic drivers from dust and debris. You wouldn’t want anything going into the drivers and damaging them after you’ve spent your hard-earned money on the headphones.

What makes them comfortable are the very soft foam ear-pads covered in what I assume to be protein leather and velour. The pads and the medium clamping force make these headphones suitable for hours of enjoyment without causing your ears to get hot or giving you a headache. One thing to note, though, is that they are open-backed (as with almost every other Hifiman headphones) and leak a lot of sound. I’ve gotten some dagger eyes while using them in my relatively quiet office so they’ve found a home in my, er, home.

At 372g, they are quite heavy (260g in comparison with the Sennheiser HD650) but large planar-magnetic headphones come with caveats. In contrast, my dynamic driver Final Audio Pandora Hope VI weighs at 480g, a whole 108g heavier than the Sundara, so the latter’s weight was more than welcomed.

There isn’t much to note about the provided connector cable, apart from it being of obviously good quality. The cable connects to both ear cups so users will need to note the “L” and “R” channels on the cable; this could be mitigated if TRS connectors had been used to engage the correct pins. I wonder why headphones of this pedigree come with a right-angle 3.5mm cable instead of the more widely-used and relevant 6.35mm jack.

The Sundara’s low impedance (37 ohms) and high sensitivity (94dB) are quite deceptive as it doesn’t sound good “un-amped” out of any phone or computer. It requires quite a bit of grunt to make it sing.

LISTENING
I used the Sundara in a multitude of set-ups, many of which I enjoyed. At work, the headphones were driven by the Chord Hugo connected to my Vivo X21 smartphone and Acer Aspire V5 573pg laptop.

Perhaps due to the pairing with the Hugo, I experienced some extended energy in the treble and upper midrange regions. My favourite Gregory Porter album, Take Me To The Alley, sounded a lot more upbeat and energetic. The song Holding On felt faster especially because of the extra energy in the snare drums. The same could be heard even on a slower song like Makin’ Whoopee by Rachel Macfarlane in the album Hayley Sings. The song starts as it always does, and as it moves onto the second and third act, the pace picks up into a more toe-tapping mood.

This set-up eventually worked its way to my metal library and I found myself enjoying a lot of Metallica. Most prominent songs such as Enter Sandman, Master of Puppets and the like sounded a lot better than how I remembered them. The upper-mid energy on the Sundara lent the crazy guitar riffs vigour. Its large and believable soundstage, coupled with the open-backed cups, made the line, “Master! Master!” in the middle of Master of Puppets (panning between the left and right) sound tangible.

At home, I hooked the Sundara up to my Lovely Cube Premium headphone amp. In several sessions, I connected the headphones to my Telefunken S500 turntable sporting a Syrinx PU2 arm with an Audio-Technica AT51 cartridge. Modest parts at best, but carefully calibrated to extract the most from any record.

Speaking of which, my favourite record. The Godfather‘s (B0022409-01) original soundtrack, was rendered beautifully by the Sundara. Orchestral pieces on side two sounded large and the Sundara was transparent enough to reveal that the soundtrack was recorded in a different era for systems with limited audio band playback range. The bass doesn’t reach very low. There’s definitely definition and texture, but the body would not appeal bass heads.

Another excellent record that I enjoyed out of the Sundara was The Alan Parson Project’s Eye In the Sky (AL-9599) for its prog-rock vibes. I found it a nice surprise, how the Sundara’s forward upper-mids complemented the album. The first and second tracks (Sirius and Eye In the Sky, arguably considered as one long 6:33 track because they’re connected) sounded best out of these headphones. The black background and open soundstage made the opening drone synth line appear seemingly out of nowhere and did a good job carrying the transition between Sirius’ upbeat opening tempo and Eye In the Sky‘s slower pace.

With my home office set-up, I drove the Sundara with the same Lovely Cube amp fed through my laptop and the Hugo. The neutral class A amp tamed the treble from the Chord which balanced out the chain, and I got a clearer image of how the Hifiman Sundara sounds. The same Hifiman house sound was now projected clearer in front of me.

I had heard some comments about how the Sundara sounds thin, energetic in the upper mids or lower treble, forward treble – all sorts of jargon to indicate that these headphones are bright fresh out of the box. I agree with all of these observations, and through my own, I found the signature stayed the same even after more than 70 hours of usage. Their sound signature aligns with the true wireless TWS600 dynamic earphones and the rest of Hifiman’s planar magnetic headphones. So I can only conclude that it’s the Hifiman house sound.

THE LAST WORD
When I got the review sample, I passed it to my niece who loves listening to K-pop on Spotify via her iPhone 6. Seeing how the headphones came with a right-angle mini-jack, I assumed they would sound okay out of portable sources, and boy how wrong I was. She was extremely dissatisfied with how it sounded and upon passing the Sundara to me, it was evident that the headphones were never meant to be driven from underpowered or portable sources.

With that point made, the Hifiman Sundara is a fine pair of headphones that will sing when given proper source and amplification – like most hi-fi headphones. While sounding quite lean and off-center towards the upper mids/treble region, the Sundara is competent and fun. You may find the extra energy enjoyable and as I’ve said, it will certainly lend vigour and liveliness to your music playback.