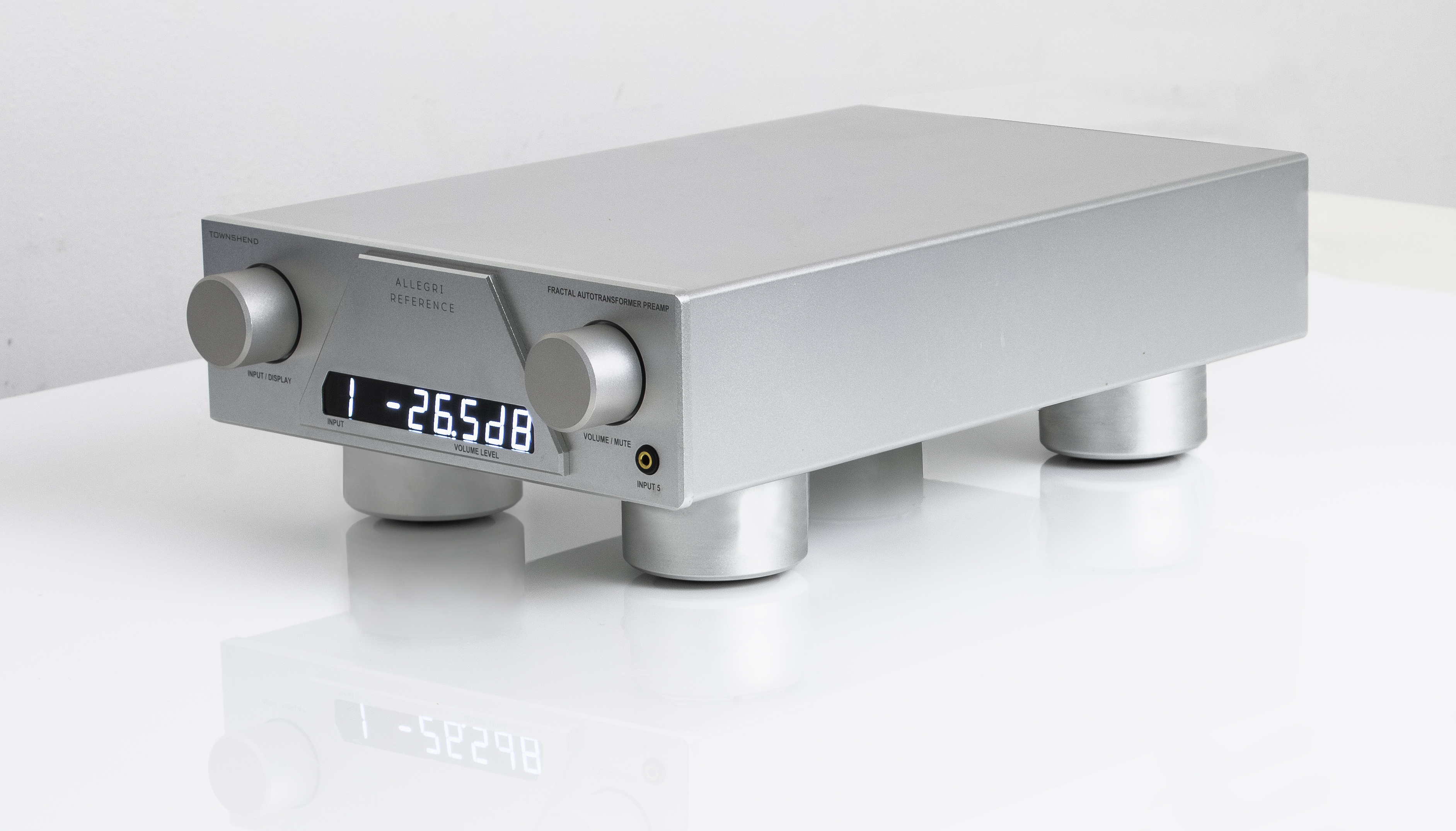 THE preamp is an essential, even crucial, component of any hi-fi system of separates. It can definably lend its sonic imprint to the overall results – and many audiophiles like it this way. Others, though, prefer the minimalist approach, which is having the preamp function merely as a volume control, with perhaps more than one input (and thus, necessitating a selector). Essentially, this would be a passive system, requiring no power to carry out its main chore.

If you’re not on a budget and are on the lookout for such a product with some bells and whistles, you may want to consider Townshend Audio’s new Allegri Reference, a microprocessor-controlled, passive, auto-transformer volume control (AVC) pre-amplifier that sports an LED display and comes with a remote control unit.

Note that the audio signal path is fully passive – the provided outboard power supply is for the electronics, ie, the LED display and the switching/remote functions.

According to the company, the Allegri Reference “which sets a new standard in volume control performance, is a 129 0.5dB-step, reed relay switched AVC.”

“The Allegri Reference is remote-controlled, wired with point-to-point Fractal-Wire throughout and suspended on the latest Seismic Isolation. Designed with the goal of absolute signal purity, it is the optimum solution for the heart of your system. It is the ultimate, timeless, state-of-the-art, purely analogue, passive, stereo audio volume control.”

Townshend claims that this new model, replacing the earlier Allegri+, “delivers another level of sound quality… whilst unveiling previously hidden fine detail, the Allegri Reference is uniquely able to transform the entire sound-stage into a holographic-like experience… instruments, singers and the original acoustics of the venue, morph from between the speakers into a ‘real’, exciting, enjoyable performance.”

Additionally, “although the signal path is totally passive, the electronics and the display require 12V DC. A linear power supply (not switch-mode), is supplied as standard, with the appropriate plug to suit your country’s mains supply. Power and the music signal are always separate. There is no direct connection between the power supply and the signal conductors or ground.”

The case and isolating feet are made of anodised aluminium and are available in either a natural silver or black finish.

And what will such a powerhouse volume control component cost you? A mere £6,667 (plus VAT for UK residents).