Aethos… a ‘new’ look for a new Rega amp 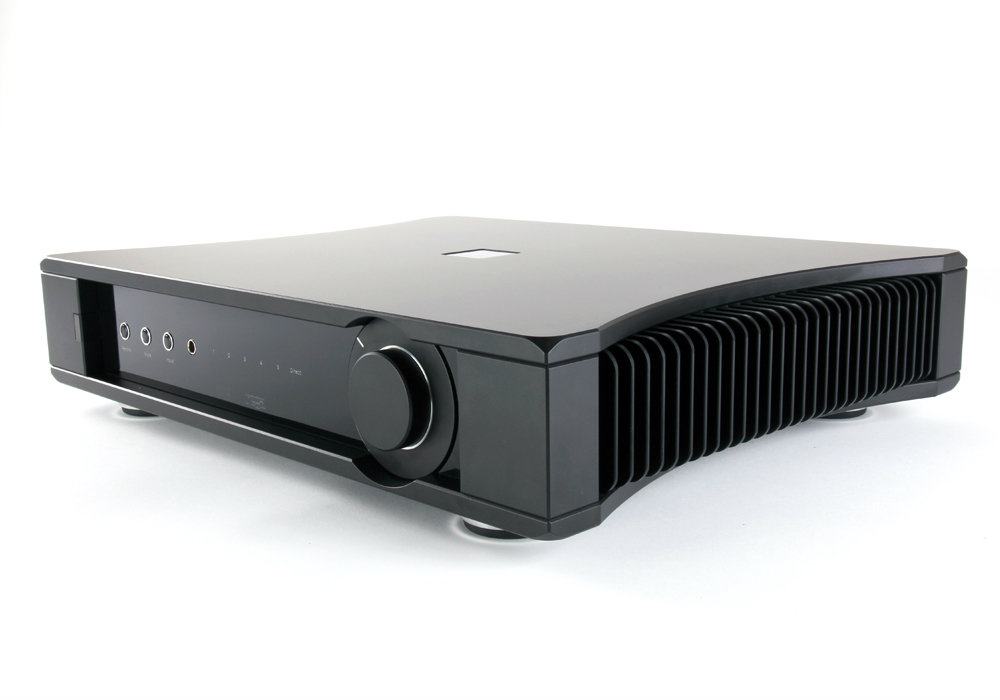 REGA tells us that its latest stereo integrated amplifier, the Aethos, comes in a “brand new custom-designed case”. The “house” design cues, however, are discernible, which isn’t a bad thing – the all-black and glossy-faced Aethos certainly looks impressive.

Inside, this dual-mono design employs a custom-wound transformer and regulated supplies for the sensitive amplification and driver stages. The Aethos is rated to deliver 156 watts per channel into a six-ohm load, and 125 watts into eight ohms. You’re warned, though, not to drive it too hard over long periods.

As per the company literature, “as part of the design, we have included useful features such as the switchable direct input and preamplifier output, to enable the Aethos to be used in a wide combination of systems. The headphone socket has been integrated such that the speaker switching is performed by the output mute relay so as not to obstruct the signal path and degrade the sound quality.”

“The Aethos uses a high performance combined feedback and passive volume control plus line amplifier, which was originally developed for the Elex-R. Improvements have been made to the volume control and line amplifier stages in the Aethos with the discrete FET input operational amplifiers using the Linear Systems LSK389 FET and the well-respected RK27 ‘Blue Velvet’ potentiometer.

Stay tune for a review in future.