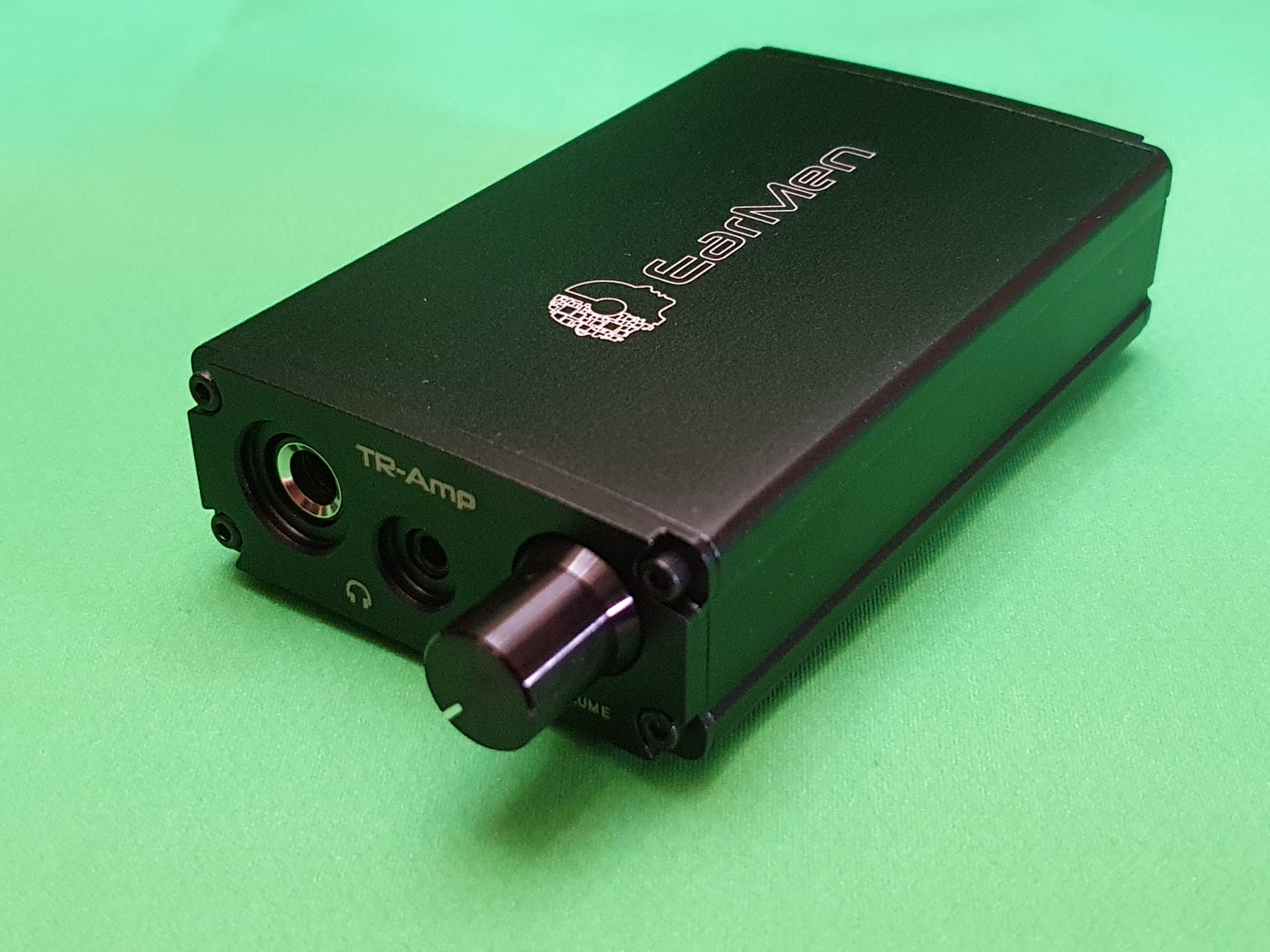 PICTURE this – you’re buried nose-deep in work at the office, what’s left of your time to breathe needs to be rationed, and you’re trying to convince your teammates that this meeting could have just been an email, when you received a text from your editor. The difference between this text and the other dozen work ones is this – you’re receiving a headphone DAC/amp called the Tramp, and a DAC called the Donald Duck!

Well, okay, they’re not Tramp and Donald Duck per se but homonyms. These are the TR-Amp headphone amp and the Donald DAC (which will be covered in a different article), and they were sent in from EarMen. And to be truthfully honest, the brand EarMen escaped me.

Opinion pieces and mentions are sparse, and although EarMen is an American company, they are quite proud to mention that their products are made in Europe. Seeing how they’re designed and engineered by the founder of Auris Audio, located in Serbia, they’re probably made there.

As with most portable DAC/amps out there, the TR-Amp is a simple piece of gear. In front, there’s a mini and quarter-inch audio output jack, an LED indicator, and a volume knob that doubles as an on/off switch. At the back, there are two USB-C connectors (one for power only and another for data only), an RCA output, and a toggle to switch between line-out or variable out or the RCA.

The TR-Amp comes in either red, silver, or black, like this unit that they sent in for review. I’m not sure whether this is a retail package but our unit came with a Remax USB cable, carrying bag, and a silicone band to tie it with your mobile player.

For some reason, I felt the build quality of my unit was questionable. There were no scratches or damage of any kind on the outside, but the amp rattled inside the chassis. That made plugging and unplugging a little worrying, and the volume knob scratched at the faceplate.

Inside, TR-Amp uses the ES9038Q2M Sabre DAC chip and a Texas Instruments TPA6120 audio amplifier chip. This combination essentially means you can play any file format under the sun – from 32-bit/384kHz PCM and MQA, all the way up to DoP DSD256 and native DSD128. Technical specifications are quite impressive with SNR of +128dB, THD of -112,5dB, and 400mW into 16 ohms. It is an MQA renderer DAC like most MQA-supported DACs out there instead of an MQA hardware decoder like the Mytek Brooklyn, so don’t bypass the MQA unfolding from your app settings.

The whole package and performance on paper is rather lovely, so understandably, I was quite excited to give it a try.

LISTENING
Because the amp rattled, I didn’t bring it out and about as a portable set-up. Most of the time, it sat on my office table and when the restricted movement order (RMO) due to the corona virus was enacted, it sat mostly on my home office desk.

The initial impression was quite disappointing. On both my Final Audio Pandora Hope VI and JVC HA-S500, the volume knob was very noisy. This impression was then compounded by the channel imbalance at lower volumes. On the Shure SE846, I simply could not reach the volume where the channels balance out.

The TR-Amp also has the same unorthodox volume curve like the previously reviewed Stoner Acoustics UD130 (or Pico Slim, too), but the curve with the UD130 is because of its digital volume control that matches both channels perfectly all the way down to inaudible levels. Perhaps a good improvement to mitigate the channel imbalance would be a simple gain switch – for all the sensitive drivers, which I’m convinced would help with the volume curve, too.

Another caveat I would like to address would be the slight noise floor on sensitive IEMs like the SE846. It’s worth mentioning here because the noise with the SE846, although commendable, is louder compared with my 2014 Acer laptop. During playback, naturally, there’s no way you could detect it, and anything less sensitive than these IEMs will be perfectly fine.

I decided to test this out with the MQA version of the upcoming James Bond’s OST, No Time To Die by Billie Eilish. While the mixing and mastering quality leaves a lot to be desired, it does expose the TR-Amp for what it truly is. The mix has a pronounced bite towards the trailing end of some “esses”, harsher than the usual sibilance perhaps from Eilish’s relaxed whispering vocals.

On the Final Audio, the whole track is rendered almost unbearably harsh, while my Sennheiser HD525 tried smoothing them out but fell a little short. With the Shure, things took a turn for the better as it smoothed out the harsh peaks and showed the promising soundstage and imaging the TR-Amp is capable of. The glaring issue with the channel imbalance, however, couldn’t be overlooked, I kept questioning myself whether the song was mixed like this or not.

The TR-Amp is lean and bright sounding, so it tends to give more energy and sibilance than the music requires. However, it still has the grunt in the low end which provides body. With Gregory Porter’s Liquid Spirit, the TR-Amp sounds plenty transparent. There was never a moment where instruments collapsed into each other or get muddied. Piano, bass notes, percussion claps – all these can be picked out individually with tremendous resolution.

Sting’s An Englishman In New York sounded toe-tappingly good, albeit a little more upbeat than I am used to. The crashing cymbals followed by the stern solo drum prior to the last verse took the limelight in this track. I would appreciate a little less sibilance from the TR-Amp but it simply isn’t tuned that way.

For a change of pace, I put on Beat Hotel by Allan Taylor. I love this track so much due to its imaging and instrument layering, sometimes leaving me sitting with a stupid grin on my face. The TR-Amp could have projected one of the best imaging I’ve heard, except everything is shifted a few degrees to the left. The Shure gave the best imaging on the amp out of everything I had but its sensitivity is the TR-Amp’s downfall.

I dug through Andrea Bocelli’s Romanza (20th Anniversary Edition / Deluxe) album for something much more emotive and landed on the tried and true Con Te Partirò. The music flowing from the TR-Amp was faithful and true to the source, carrying the human side of the song. All the emotions are laid bare through his vocals, and that is saying something about the TR-Amp. The mids are tonally correct, though it sounds to me a smidge better with female vocals as opposed to male.

THE LAST WORD
I tried very hard to like the TR-Amp but it didn’t seem to grow on me. Perhaps it just wasn’t tuned to my liking, or maybe I just don’t have the synergistic headphones or IEMs for it. Overlooking the subjective sound signature, I cannot discount the issues it has when it comes to build quality and sound.

This is a good attempt by EarMen and the TR-Amp is certainly putting the name on the map. Seeing how its sister company Auris Audio is more experienced in making tube amps, much can be done to improve the solid state TR-Amp. This is certainly not the final iteration of the TR-Amp so I am eager to see the better version of this.