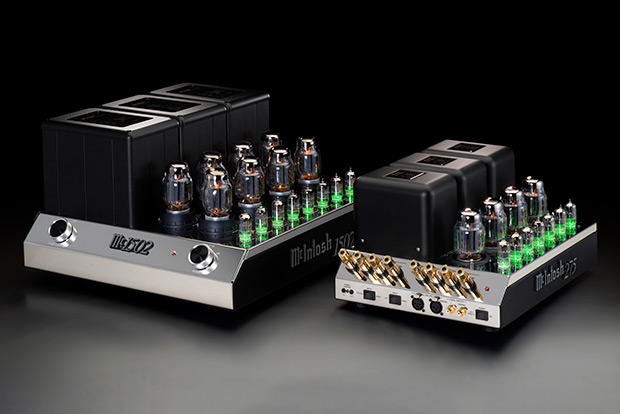 IF you’ve always lusted after a more powerful all-tube amplifier from McIntosh Labs, well, here it comes – the MC1502, essentially a supersized version of the legendary MC275. This new power amp also has a companion in guise of the C22 Mk V tube preamp.

According to McIntosh, the MC1502 is the direct replacement for its award-winning MC2152 Limited Edition amplifier that commemorated the company’s 70th anniversary in 2019.

“The new MC1502 has identical audio specifications and sound reproduction performance of the heralded MC2152 but in a more customary McIntosh design.

Eight KT88 output vacuum tubes power the MC1502, with four assigned to each stereo channel. There are also eight small signal tubes, consisting of four 12AX7A and four 12AT7 vacuum tubes – two of each of these vacuum tubes are dedicated to each audio channel.

As for the C22 Mk V… it is “the direct replacement to our highly regarded C70 Limited Edition 70th Anniversary preamplifier. The C22 Mk V is the latest McIntosh vacuum tube preamplifier to carry the cherished C22 model number. It has all the performance of the acclaimed C70 but with the hallowed C22 moniker and its signature glass and aluminium front panel design.”

The C22 Mk V has two balanced inputs, three unbalanced inputs, one MC and one MM phono inputs, for a total of seven inputs. There are two pairs each of balanced and unbalanced output connections; the two outputs allow sending signals to two separate power amplifiers.

Both the MC1502 and C22 Mk V can be ordered now in the USA and Canada… that is, if your budget runs to US$11,000 and US$6,000 respectively. International availability will follow shortly.