Apple AirPods Max – a driver for change in the headfi realm? 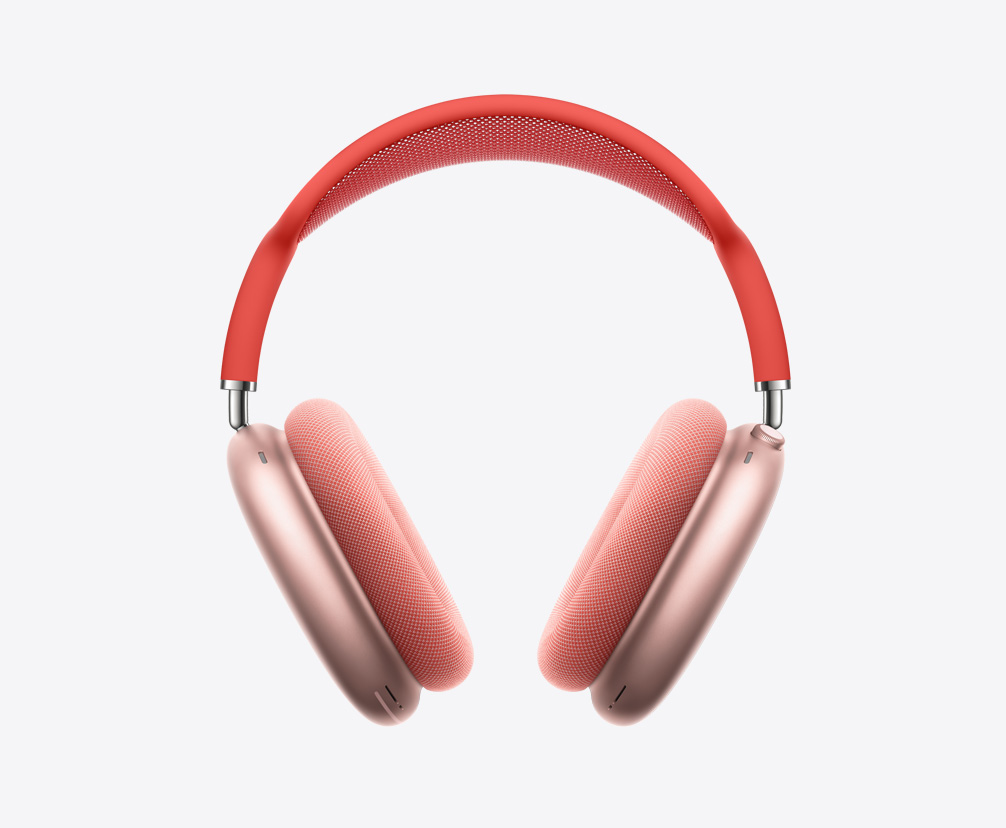 ON Dec 8, Apple unveiled its newest wireless headphones – the AirPods Max. The name is nothing imaginative, something you could have drafted out in a minute considering Apple’s fairly consistent naming convention. It isn’t hard to add an “X”, an “S” or a “Max” as these have been Apple’s staple suffixes since the iPhone 3GS.

No matter how new or exciting an Apple product may be, it pales in comparison to the collective groan tech enthusiasts and communities let out out when Apple – being Apple – uses words like “magical” and “amazing” throughout the keynote speech. And I am happy to report the collective groan was not skipped with the release of the AirPods Max.

Like other Apple products, the AirPods Max headphones are made from premium materials. Anodised aluminium earcups house Apple’s custom-built drivers with an array of nine microphones enabling various features such as adaptive noise-cancelling and EQ, noise-cancelling calls, and transparency mode. The headband is made from stainless steel that flexes to suit a wide range of head sizes and shapes. A mesh canopy ensures head comfort when worn.

Looking at the build description alone does not warrant a comparison with other consumer brand headphones because, unless you’re getting something like a Carbon Edition Bowers & Wilkins PX7, the only thing you’re getting here is plastic, plastic, and more plastic.

Of course, if we touch on the niche audiophile headphones, there’s plenty of exotic materials to choose from. Focal has been using real carbon fibre in the construction of its headphones for years now. Audeze has used wood ever since it debuted the LCD2. The Sony MDR-Z1R and AudioQuest Nighthawk even used created custom semi-closed back covers by way of managing internal pressure and ambient attenuation even though the meshes are porous.

But none of these companies are providing a complete package for everyday consumers that addresses their usability concerns when it comes to actually using the headphones as a daily driver. For starters, most high-end headphones require amplification as a prerequisite. Although the Sennheiser HD660 and the Beyerdynamic T1 Gen 3 come with 3.5mm headphone jacks (the common mini-jack implies they sound good with anything), I would be hard pressed to see a layperson use them on their mobile phones without a portable amp jerry-rigged with a silicone band.

Every prerequisite, every “minimum requirements” that come with a headphone would just drive normal consumers away. In the case of the AirPods Max, the only prerequisite for them to work as intended is just other Apple products. You can use them with any other phone or computer via Bluetooth, but you would lose out on Siri and “Spatial Audio” (which we will get to in a minute). You can also still use them wired but the proprietary 3.5mm to Lightning cable would cost you US$35 – that’s just Apple being Apple.

On the subject of Spatial Audio, the idea and concept of a head-tracking system that immerses you with audio directionality is not new. Audeze had already experimented with this on the Mobius way back in 2018. The HyperX Cloud Orbit S also gives the same spatial audio feature, but HyperX is a gaming brand and only gamers know them. If you’re okay with a more janky solution, you can get the Nx Head Tracker device that clips onto your headphone’s headband. All these, however, require you to install other proprietary softwares which will only work with their proprietary devices.

The AirPods Max and Pro, on the other hand, do this natively as long as you use either an iPhone or an iPad on movies, TV, and video in supported apps. And just like the rest of Apple products, it just works. For the tinkerers and technically inclined people, some of you wouldn’t mind spending the extra time needed to get an advanced feature to work, but for the rest of consumers, this is not a tradition worth carrying into next generation devices.

Another point worth noting is where the AirPods Max fit in the Apple ecosystem, and how it fits into the general consumer’s idea of wireless headphones.

For starters, to pair the headphones, you simply place them near your device and tap Connect. Once connected, when your other iOS and iPadOS devices are signed in with the same Apple ID, your AirPods seamlessly connect to whichever device you’re listening to. To switch between devices, you only need to use the Control Center on any of your devices.

Apple has a whole suite of interaction designers, user experience designers and usability engineers researching, developing and testing ways for us to use their products with as little friction as possible. Being a UI/UX designer, I always found how janky and disjointed devices are to pair and switch between other devices. During the early days of true wireless earphones (TWS), it was compounded when you had to perform rituals in order to use them mono.

Adding on the user experience out of the box, Apple also emphasises on the accessibility aspect of its products. Features like Live Listen audio, headphone levels, and Headphone Accommodations are designed into the product to be as inclusive as possible for their consumers who are differently abled.

All of this leads up to products that just work without requiring you to screw around with additional software, settings, prerequisites, and usability limitations. Just as you expect a wrench will work out of the box, so do the AirPods Max. Much like their keynote speeches, it is amazing. Cue the groans.

Compared to the other articles on this site, this one seems to be at a tangent. Apple is not and will never be an audiophile brand, nor will it ever come out with an audiophile product. The company’s earphones, network speakers, and computer speakers sound ‘”okay” at best, but their tuning has always been safe and generally accepted by the masses to be good.

What I am more interested in with the release of the AirPods Max is the trickle-down technology that will drive the evolution of our next generation audio devices, and the exposure of high-end audio to the masses.

We’ve all seen how companies raced to make their own TWS earphones after the debut of the AirPods; with even Xiaomi blatantly ripping off the design. With that came the removal of a crucial connector on phones – the audio jack. It was laughed at and made fun of but sure enough, other companies started removing them, too. The iPhone X debuted with a notch on the screen, and again, the companies that laughed at them started to put notches, teardrops, and hole punches on their screen to maximise that sweet, sweet display real estate.

If we isolate these into their individual parts, these changes are not as notable as they would have been. Apple was in no way the first company to make TWS earphones, it was Onkyo. Essential’s PH-1 phone was the first to put a notch on their screen, not the iPhone X. The headphone jack, however, was first removed on the iPhone 7 (in the context of smartphones). So I’ll give Apple that.

The reason why such changes gained traction is because Apple is a company with formidable presence. So as we advance into next generation devices, companies even as large as Sony and Samsung still depend on Apple to build/grow the adoption rate as we abandon old conventions and adopt new ones.

Raymond Loewy, the father of industrial design, describes a sweet spot between too weird and too boring when a product is created; this applies to everything, whether a phone, chair, or in our case, headphones. He coined the term MAYA which stands for “Most Advanced Yet Acceptable”, and the AirPods Max, like all other Apple products, hit that sweet spot.

And with Apple releasing them at such a price, normal consumers are conditioned into thinking such prices are no longer “exorbitant”. With that, the boundary that is stopping normal people from buying US$300-$400 headphones from such brands mentioned above will be gradually diminished.

So maybe, with the AirPods Max available to the general public – and seeing the myriad of functionalities it possesses in a premium build quality – I am hoping to see some changes in the next two to five years. I hope more niche brands will adopt premium materials for their mid-to-top tier headphones (for longevity’s sake), better connectivity systems between wireless headphones/speakers and sources, and less demanding prerequisite to make headphones sound good out of the box.

And maybe the usability aspect can also be extended to other audio devices like network streamers or digital audio players (DAPs). Currently, we could be paying up to US$1,000 for high-end DAPs running on old versions of Android that in some cases are buggy and laggy.

This article is not intended to cover the release of the AirPods Max (although it has indirectly), but rather to explore the impact of it in the landscape of headfi in general. The best-case scenario would be my hopes turn into predictions and the changes will benefit everyone. If not? It’s fine, we can buy the AirPods Max and get those features. That choice begets the following question; how do they sound?