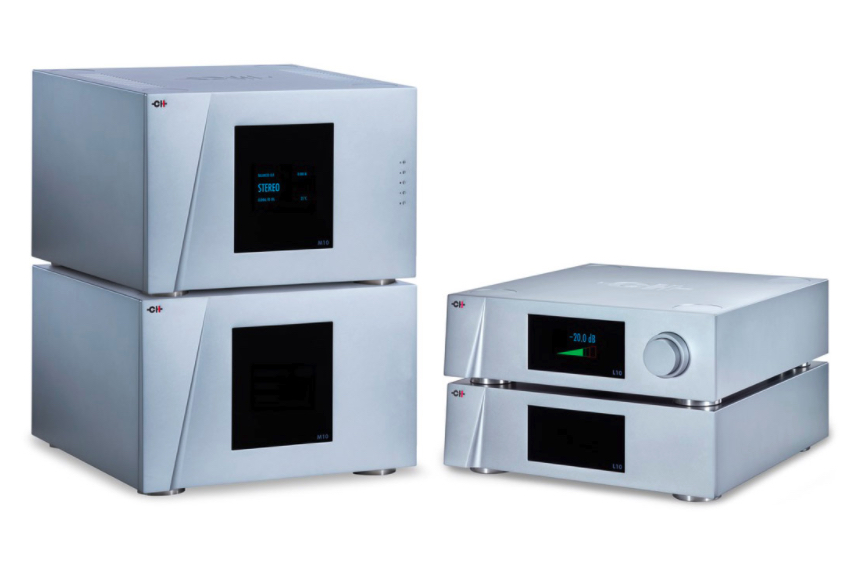 SOME 18 months ago, at the Munich High End Show, CH Precision announced its new flagship 10 Series – the L10 line preamplifier and M10 power amp. Those products are finally being let loose after, we’re told, some re-working based on early market feedback.

“When CH announced the 10 Series in Munich 2019, it was both signalling their intent but also gauging a response from their distributors and dealers. The really big change was that the double-depth power amplifier box was felt to be unwieldy and difficult to accommodate. That led to the decision to make the two-box amplifier design you see now. Given that the amplifier box weighs nearly 60kg and the power supply nearly 90kg, with the benefit of hindsight, it was definitely the correct decision!” according to a missive from the company’s marketing department.

“Of course, with such a large rated output and the huge power supply required to support it with sufficient headroom, actually managing the supply of current between the two boxes efficiently and safely was a significant challenge. But the power supply potential is also a key design factor in both the L10 and M10, with both products featuring much larger and significantly re-engineered power supplies compared to the 1 Series.

“The challenges presented have been large, but the musical benefits are even greater. Combined with the refined circuitry, revised arrangements for optimising feedback topologies, uprated components and a host of other lessons learnt over the last 10 years, we feel that the 10 Series sets a completely new performance benchmark.

“Musical performance has exceeded our most optimistic expectations and as soon as the situation allows, we hope to give audiophiles and music lovers the opportunity to experience them too, at a series of international launch events – although details and dates for those will obviously have to wait until the Covid-19 situation improves.”

The first run of the 10 Series products are now being delivered to the early adopters, and the order books are open but delivery for new ones will be around March 2021.

To recap, the 10 series comprises the L10 preamplifier and M10 power amp – both are twin-chassis units that are user configurable. The L10 comes in stereo or dual mono configuration, while the M10 can be had either as a stereo amp or bridged for mono mode with bi-amp and high-current mono options.

All finishes or combination of finishes cost the same. Special trade-in deals are available for existing 1 Series owners.