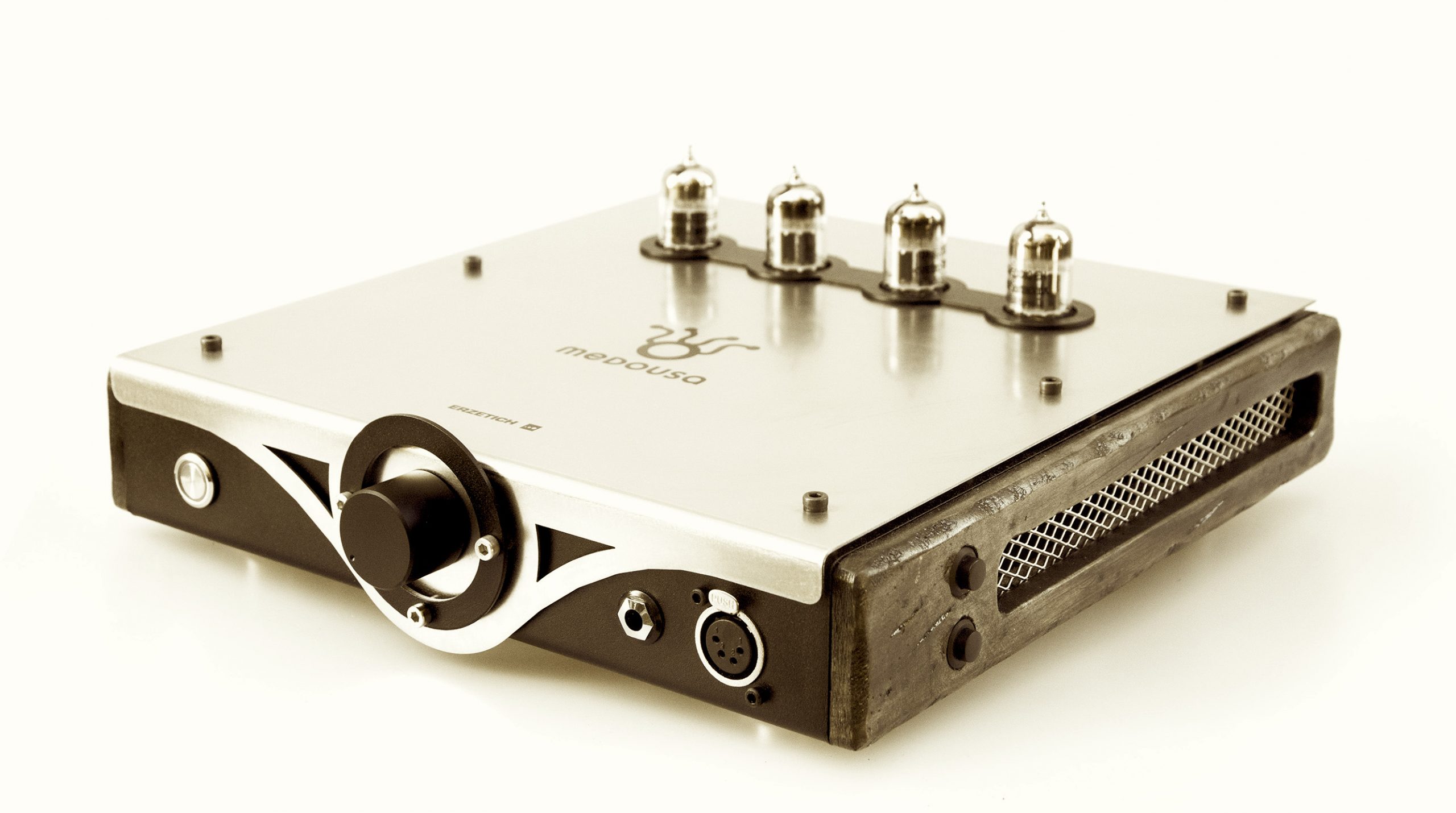 BOUTIQUE headfi brand Erzetich Audio has announced a fully-balanced tube-driven headphone amplifier – the Medousa, which is slated for production early next year. It certainly is an eye-catcher, built on a stainless steel chassis with aged wooden cheeks.

According to Erzetich, the Medousa has a gain stage that features high-quality double triodes, which can be upgraded by tube-rolling users.

“The gain stage is followed with a solid-state current buffer. The four mono-block modules optimise the symmetry between the four channels. Medousa is sophisticated enough to work with the variable load, regardless of whether high or low-impedance headphones are in use, with the power remaining the same.

“The system’s linearity expands way over the hearing range of the listener, ensuring music boasts more depth and vibrancy. Optimal performance can be generated when the amplifier is in fully-balanced mode. However, you can use an unbalanced input and/or output if you prefer.”