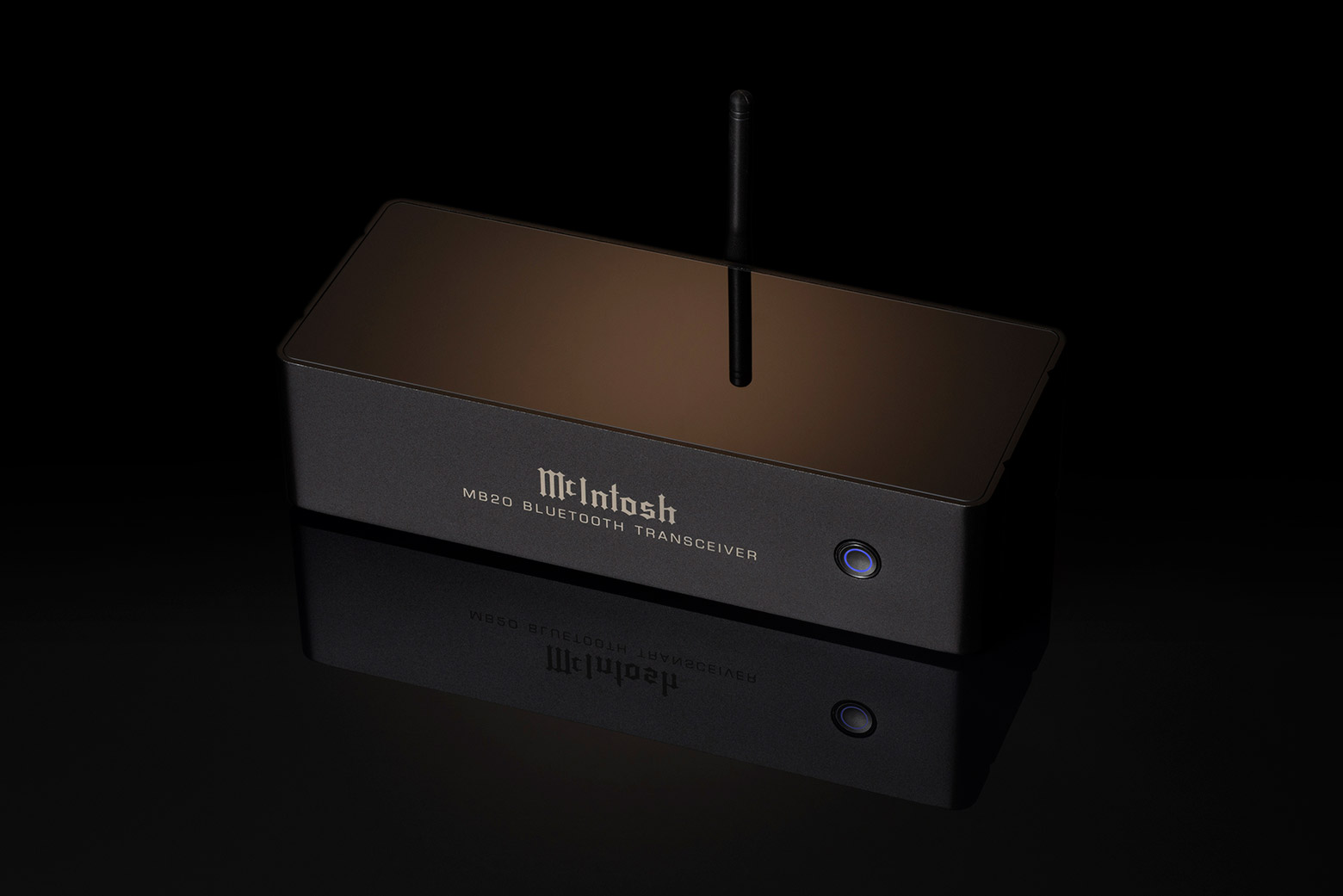 IF you’re one of those for whom only one-brand systems will do, you might want to look at the offerings from McIntosh Labs, which has almost every bit of hardware a music lover could want in its stables. Now, adding to this extensive line is the MB20 Bluetooth transceiver, which brings streaming facilities to McIntosh systems from any era.

The MB20, which features Bluetooth 5.0, can be used either as a transmitter or receiver (although not both simultaneously). It also has a variety of analogue and digital I/Os, including balanced connections.

“As a transmitter/receiver, the MB20 has been designed to provide a superior Bluetooth connection to audio equipment that lacks Bluetooth connectivity. As such, it has been engineered as a Class 1 Bluetooth device. Class 1 devices can typically operate at a range of up to 150 feet (45.7 meters) in ideal conditions with limited obstructions,” the company press release tell us.

“As a receiver, the MB20 employs an extremely sensitive receiver for better reception, even from Class 2 devices, with the maximum range determined by the capabilities of both actively-paired devices. An external antenna helps maximise its range for better performance. As a transmitter, it has a range 10 times greater than that of a typical Class 2 Bluetooth device.”

The connectivity options should please even the most demanding user.

“The MB20 comes with a variety of analogue and digital inputs and outputs to connect it to your home audio system – most notably amongst them being balanced inputs and outputs, making it one of the only Bluetooth transmitter-receivers to offer these superior audio connections that help deliver top-quality audio performance.

“When used as receiver, the MB20 uses a high-performance 32-bit DAC with 192kHz internal processing for optimum sound quality; in combination with a separate outboard DAC, the MB20’s digital output is fixed at 96kHz to be compatible with most third-party DACs in order to maximise performance and maintain audio signal integrity.

“When in transmitter mode, it uses an equally capable high-performance ADC with 110dB signal-to-noise ratio.”

A switch on the rear lets the user choose receiver or transmitter mode. The MB20 comes in a black aluminium chassis that has a black glass top, and yes, it will also work with any system. A wall-wart power supply with adaptors caters to global needs.