HiFiMAN HE400se headphones – as clear as the best 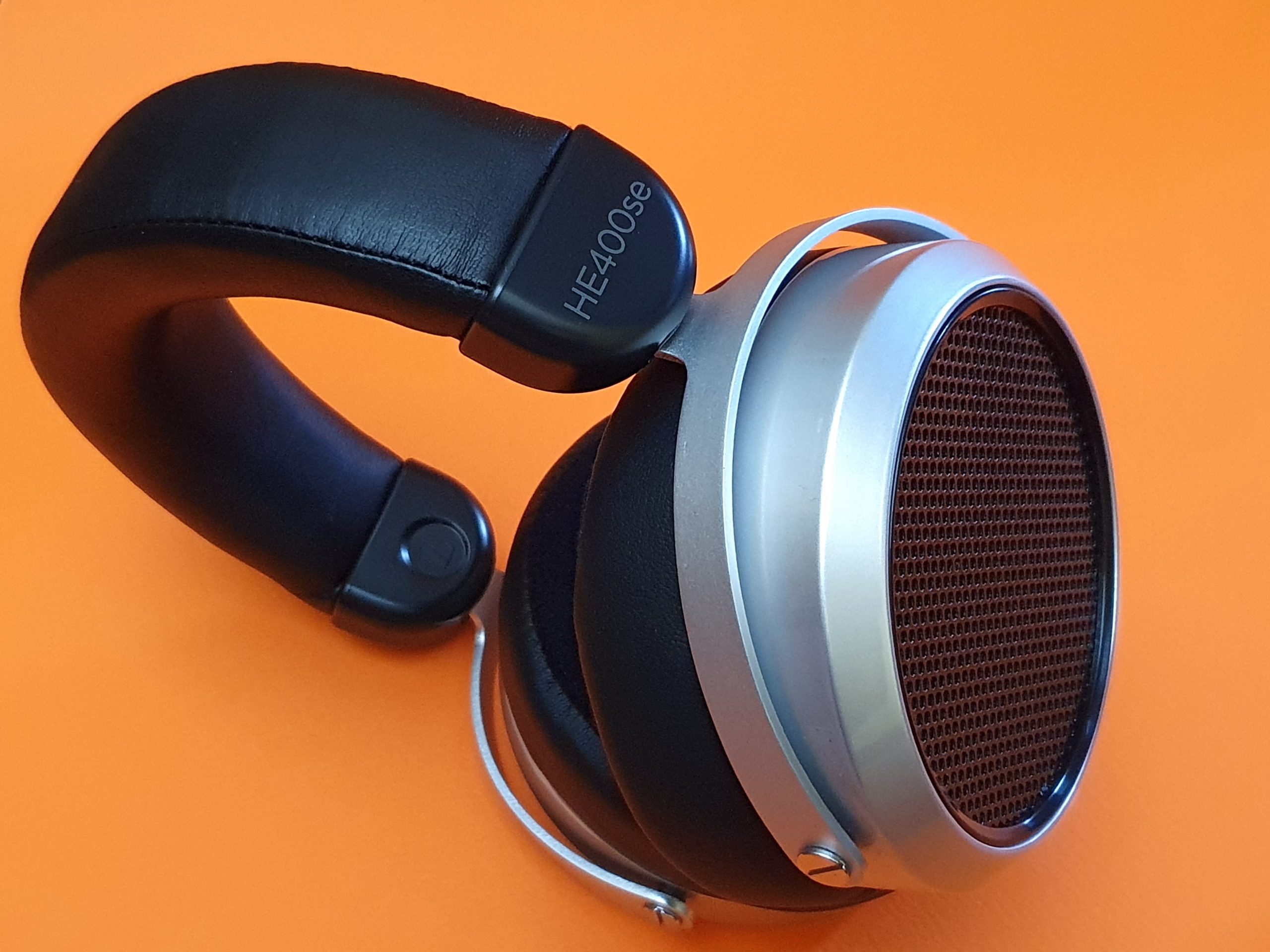 + Excellent clarity, easily besting stalwarts like the Fostex T50RP and Sennheiser HD650 in this respect; neutral frequency balance; decently wide soundstage; excellent value for money.
– Can be bright; some sub-bass roll-off (< 25 Hz); somewhat inefficient, roughly equal to the HD650.
Performance: 7/10
Value:10/10
A guide to the ratings

HiFiMAN, at a relatively young age of 16 years, is already one of the most established names in headfi. It is a name that is synonymous with cutting-edge planar headphone technology, and also some of the best value headphones to be found in the market. The HE400 series is the vanguard of HiFiMAN’s budget headphone line-up, but how does it measure against viciously unfair competition like the HD6XX, Alessandro MS-Pro, Fostex T50RP and the Stax Omega 2?

Note: I would love to compare the HE400SE to other budget headphones or its predecessors, but due to current externalities, I only have my own headphones to work with.

NON-LISTENING
The headband feels alright, and the stock suede pads are comfortable and not particularly sweat-inducing. The cable feels like a DIY product, and they are by far the most microphonic cables I’ve ever experienced. As a whole, the build and ancillaries feel adequate for a RM650 pair of headphones, but I’d replace the cables if I owned these.

LISTENING
Summary:
• Electrostatic-like sound – excellent clarity
• Superior to the old T50RP from the midrange and up
• Largely neutral frequency response, some brightness and sub-bass roll-off (<25Hz)

The good: My first impression was “damn, this isn’t bad”. There is a very attractive clarity to these headphones; in this respect, it shames my T50RP (Smeggy Thunderpants) and HD6XX. Everything feels well separated, and the soundstage has enough space that it never feels claustrophobic. The frequency response is exactly the way I like it – balanced with decent extension on both ends. The all-important midrange is open and surprisingly sweet; it evokes the feeling of limau ice kurang manis (iced lime juice, less sugar) – refreshing with just a hint of sweetness.

The neutral: The bass is good but not amazing – it extends to 25Hz and is well-defined, but I expected a little more, quantity-wise, from a planar magnetic. This may improve to an extent with better sealing pads, as I found that a pair of Stax Omega 2 pads increased sub-bass impact (but wasn’t necessarily better in other areas). It has been noted that the soundstage is a little weird as the centre image is pushed forward, but it is not an obtrusive issue for me. Some listeners may even prefer this presentation, as it precludes “inside the head” imaging.

The potential issues: These headphones can be a bit bright. On sibilant tracks (e.g., Cowboy Junkies – Misguided Angel), I’d rate my pain a 6 out of 10 (0 = HD6XX/Stax O2, 10 = stock Alessandro MS-Pro with bowl pads). This can be reduced with EQ, of course. You’ll also want to use something that isn’t a laptop headphone jack for these headphones. Despite its low impedance (25Ω), it is rated at a mere 91 dB/mW, which makes its sensitivity roughly equal to that of the 300Ω-100 dB/mW HD650.

HD6XX (around RM900, new): The HE400SE has a much more neutral frequency response than the HD6XX, and it also stomps the HD6XX in terms of clarity with its electrostatic-like sound signature. However, the HD6XX has a warmer midrange and also a more visceral mid-bass response, which gives more body to its sound. The HD6XX also improves more than the HE400SE does with better amplification, but then again, very few headphones scale like the HD6XX does.

Modded T50RP (Smeggy Thunderpants, about RM1,200 if you can find one): The HE400SE absolutely stomps the T50RP from the midrange and up – it shows how much planar magnetic technology has improved in this respect. No matter how much I tinker with the damping, the T50RP always sounds slightly gritty in the midrange, whereas the HE400SE sounds positively sweet. In the bass though, the T50RP makes the HE400SE sound like polite bookshelf speakers, especially in rumble-heavy tracks like Find Me Out by Hollywood Principle or 2049 from the Blade Runner 2049 OST.

Alessandro MS-Pro (modded with taped bowl pads, ~RM2800 new): The MS-Pro is a much more intimate headphone than the HE400SE that subjectively, sounds more fun with guitars and string quartets. However, it hurts quite a lot more on sibilant passages even with the tape mod. Objectively speaking, there are no reasons to take the MS-Pro over the HE400SE (the distortion measurements are probably 10x worse), but this is a subjective hobby after all, and the MS-Pro is sometimes my favourite headphone after it burns in my ears/brain.

Stax Omega 2 MK1 (~RM6,000 on the used market): Unfortunately, this is where the HE400SE’s streak comes to an end. The O2 sweeps the HE400SE in everything it tries to do well, and adds sub-bass capable of rivalling the T50RP on top of that. The O2’s “dark neutral” sound signature may be boring for some, though.

CONCLUSION
The HE400SE trades blows with significantly more expensive competition (except for the most expensive competitor), and thus represents excellent value. If you don’t mind the amplification requirements (a Schiit Magni 3 reportedly does well) and some brightness, it is an excellent recommendation for anyone looking to build a complete headphone set-up for under RM1,500.

Chuah Wooi Yee is a headfi addict and has owned many electrostatic headphones (including, he says, probably 60% of Stax’s electrostatic headphone catalogue up to 1990), and also a few classics like the Sennheiser HD650 (6XX), Fostex T50RP and Alessandro MS-Pro. His current interest is boutique headphones in the under-US$1,000 range. He prefers a neutral sound signature, but make exceptions every now and then. As for his musical diet – 40% classical (a fair amount of Yo-Yo Ma), 40% anime OST (older anime like Cowboy Bebop) and 20% random (acoustic covers, lo-fi hiphop and some electronic music).