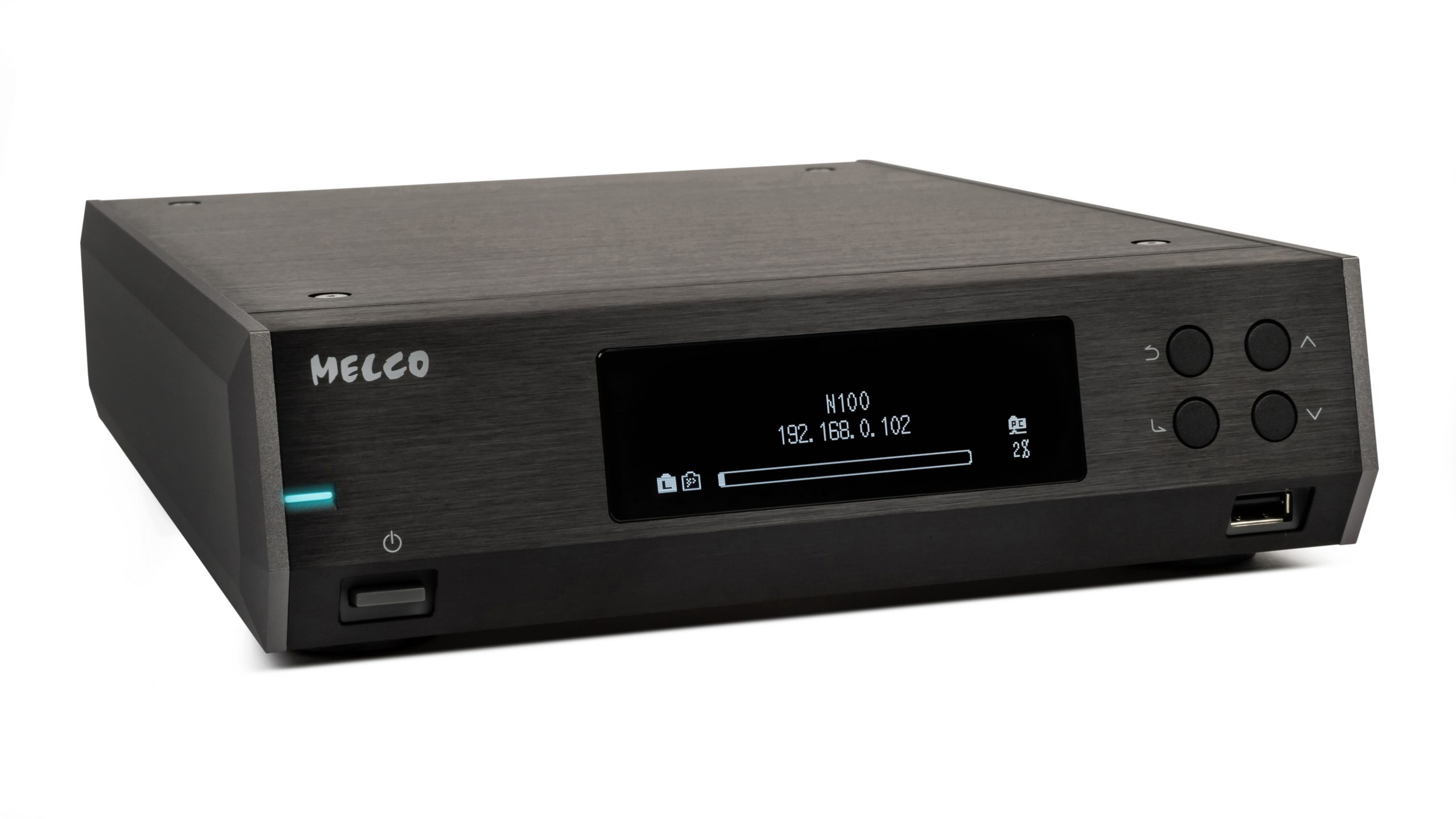 MELCO has bumped up the storage on its entry-level N100 compact digital music library by a whopping 150%, with a new version, the N100-H50. This model has a 5TB HDD of space on board!

According to the press released, “the upgraded 5TB HDD is no ordinary drive, it is the same audio-specific model featured in its upmarket sibling, the £7,499 N10 45th anniversary limited edition digital music library.

“The dedicated drives are hand-picked by the factory to provide exceptional audio performance. The new N100-H50 directly benefits from trickle-down drive technology, making it Melco’s best ever entry-level music library.”

The half-width, compact chassis N100-H50 builds on the class-leading N1Z series and brings Melco’s sound quality, versatility and ease of use to an entry-level price.

“The N100-H50 is based on an easy-to-place 215mm-wide chassis, which is half the width of most full-size hi-fi products. It uses the same extreme-low-noise, high-precision digital music data flow in the existing Melco series and, crucially, is designed from the ground-up as an audio-specific device.”

Melco is known to eschew standard IT components or PC parts for its hi-fi products.

The N100-H50 can also be used as a self-contained local high-resolution digital music player when connected via a USB DAC, supporting data rates of up to 32-bit/384 kHz and Octo DSD resolution, along with gapless and Melco marker-less DSD.

Control is via the Melco Music HD app, from the front panel, or from approved third-party RF remote handsets. The N100 will operate with both USB DACs and also Ethernet-connected players even without connection to a data network in standalone Isolated Mode. When connected to a network, popular UPnP control point apps can be used for control. The N100-H50 is also Roon Ready following a recent firmware upgrade.

CD importing is a breeze with either the Melco D100 external CD loader or an IT-grade optical drive. And music back-up is as easy as plugging in a USB HDD and pressing a button. Direct downloads from HighresAudio.com and other vendors (with more to follow in 2021) are supported for error-free downloading.