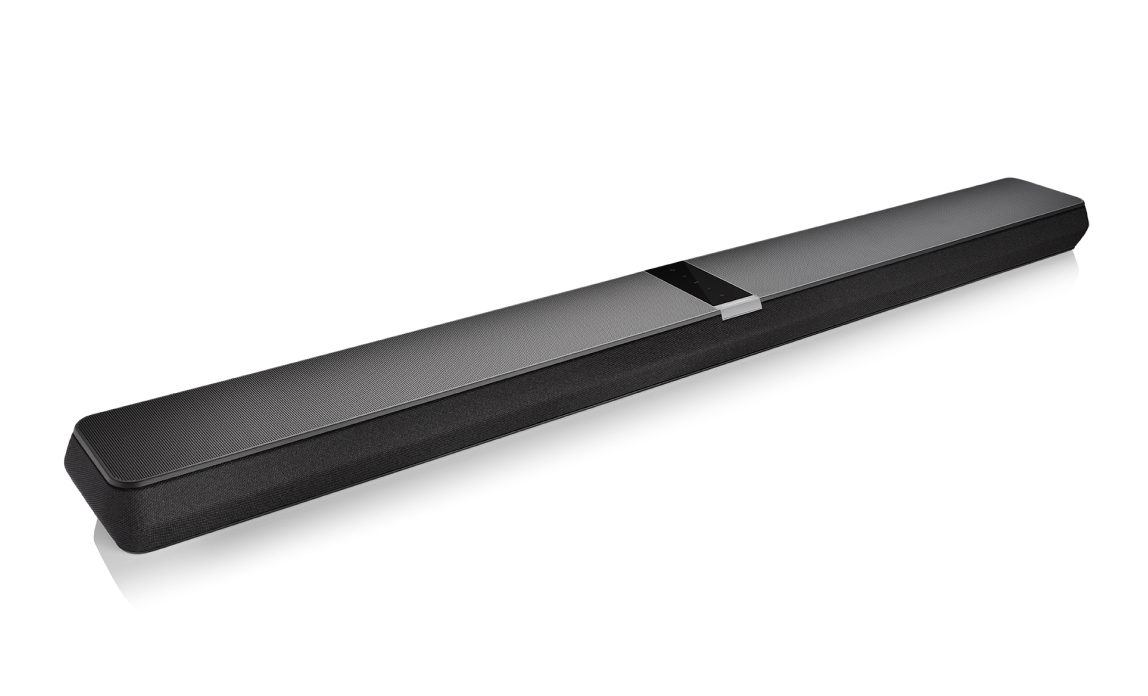 SOUNDBARS are the thing for convenience, aren’t they? And they’re getting better, with veteran brands bringing their technology to the game. Like the Panorama 3 from Bowers & Wilkins, which is touted as delivering the “ultimate one-box immersive audio experience.”

Although in its third generation, this is the first soundbar from Bowers & Wilkins to feature true Dolby Atmos upwards-firing drive units to create the immersive sonics.

“Specifically engineered by Bowers & Wilkins to excel with spatial audio soundtracks and carefully angled on the top of the soundbar enclosure to deliver optimal immersion, these 50mm drive units are accompanied by a sophisticated Dolby Atmos decoder and processor to deliver great sound from spatial audio soundtracks on TV, film, game and music streams. The same decoder will also handle Dolby Digital and Dolby TrueHD audio streams, where present,” the company tells us.

“The twin Atmos upwards-firing drive units complement the Panorama 3’s forward-firing array of drive units, which is arranged in a classic left, centre, right (LCR) configuration, each with twin 50mm midrange drivers partnered by fully decoupled 19mm titanium-dome tweeters. Finally, there are twin 100mm subwoofers mounted in a substantial acoustic volume that forms the majority portion of the enclosure, ensuring deep, extended bass with no need for an external subwoofer.”

The low profile makes installation and set-up a breeze – you can place it on furniture in front of the TV without obstructing the bottom of the screen, or use a metal wall bracket, included in the box, to mount it on the wall. The ARC/eARC HDMI connection lets you link the Panorama 3 to your TV and share the sound from any other sources like a set-top box or games console. Once connected via HDMI, you can use your TV or satellite/cable box remote to control the Panorama 3’s volume and power functions. An optical digital input is also provided for older TVs; connected in this way, Panorama 3 can learn key TV remote control commands to ensure a seamless user experience.

The Panoramic 3 keeps music lovers in mind as well. It includes both AirPlay 2 and aptX Adaptive Bluetooth, so both iOS and Android users can easily stream their favourite music to it from their mobile devices. Spotify Connect is on board, while the Bowers & Wilkins Music App allows quick access to a host of streaming services including Deezer, Qobuz, Soundcloud, Tidal and TuneIn.

“Panorama 3 also includes simple capacitive-touch ‘hidden until lit’ buttons on its top surface for instant control should you not have your phone immediately to hand – and it also features built-in Alexa, giving effortless voice control over your listening.

“Like its iconic Zeppelin stablemate, Panorama 3 has been engineered to last. Its powerful digital ‘brain’ can be upgraded over time, with multi-room capability planned for introduction soon. That will make it compatible with other Panoramas or Zeppelins in a multi-room environment or multi-room system based on Bowers & Wilkins Formation products.”

The Panorama 3 is available now, retailing at RM5,800 in Malaysia.