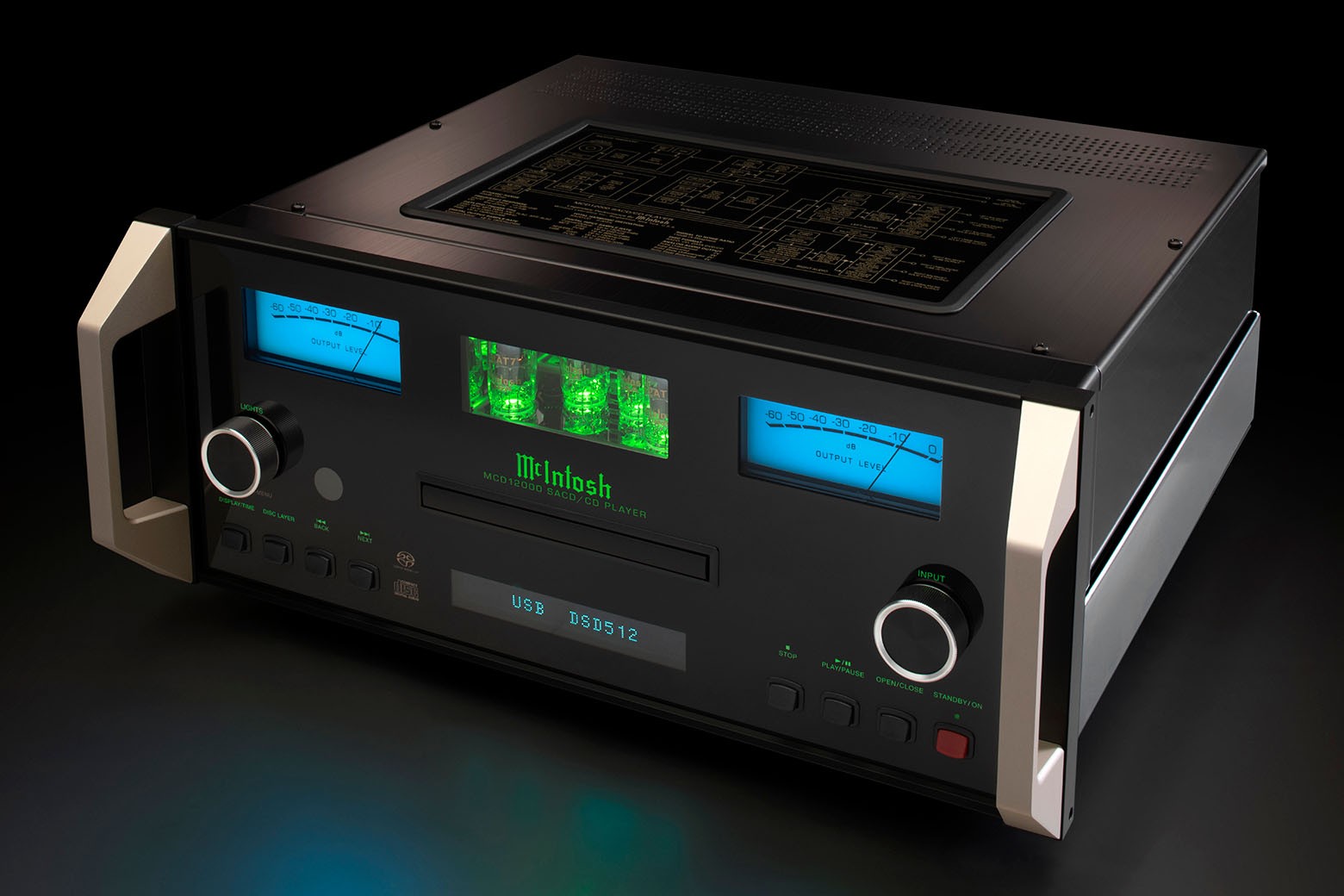 DIGITAL hub components are nothing new, but McIntosh seeks to go that extra mile with its MCD12000 SACD/CD player. The company describes the new component in its range as a “two-in-one: a reference-level DAC and a reference-level CD player.” And yes, SACD is still in the game!

The player/DAC has seven digital inputs – two coaxial, two optical, one USB (Type B) for computer-based audio, one AES/EBU, and one MCT input for use with any of McIntosh’s existing MCT SACD/CD transports. The coaxial and optical inputs support up to 24-bit/192kHz, while the USB input supports up to 32-bit/384kHz, as well as DSD512 and DXD384kHz.

The MCD12000’s balanced and unbalanced fixed analogue outputs come in both solid-state and vacuum tube configurations.

Two ESS Sabre PRO ES9038PRO 32-bit/8-channel DACs form the heart of MCD12000, each driving one channel. They used ESS’ patented HyperStream II architecture and Time Domain Jitter Eliminator to “deliver an unprecedented performance level that will satisfy the needs of the most demanding digital audio applications.”

We’re told that “each ES9038PRO is configured in octal-balanced mono mode where the DAC’s eight outputs are used to drive the analogue audio, resulting in outstanding sound quality.”

“The DAC in the MCD12000 has received Roon Tested designation from Roon Labs, which can be especially useful if you have an extensive library of digital music.”

In addition to SACDs and CDs, the MCD12000 can also play music from user-generated CDs or DVD data discs. Numerous file formats are accommodated, including AAC, AIFF, ALAC, DSD (up to DSD128), FLAC, MP3, WAV, and WMA.

The MCD12000 comes in the classic McIntosh styling, complete with those legendary blue meters. It has a retail price of US$12,000; shipping to the United States and Canada begins this month and to the rest of the world shortly thereafter.