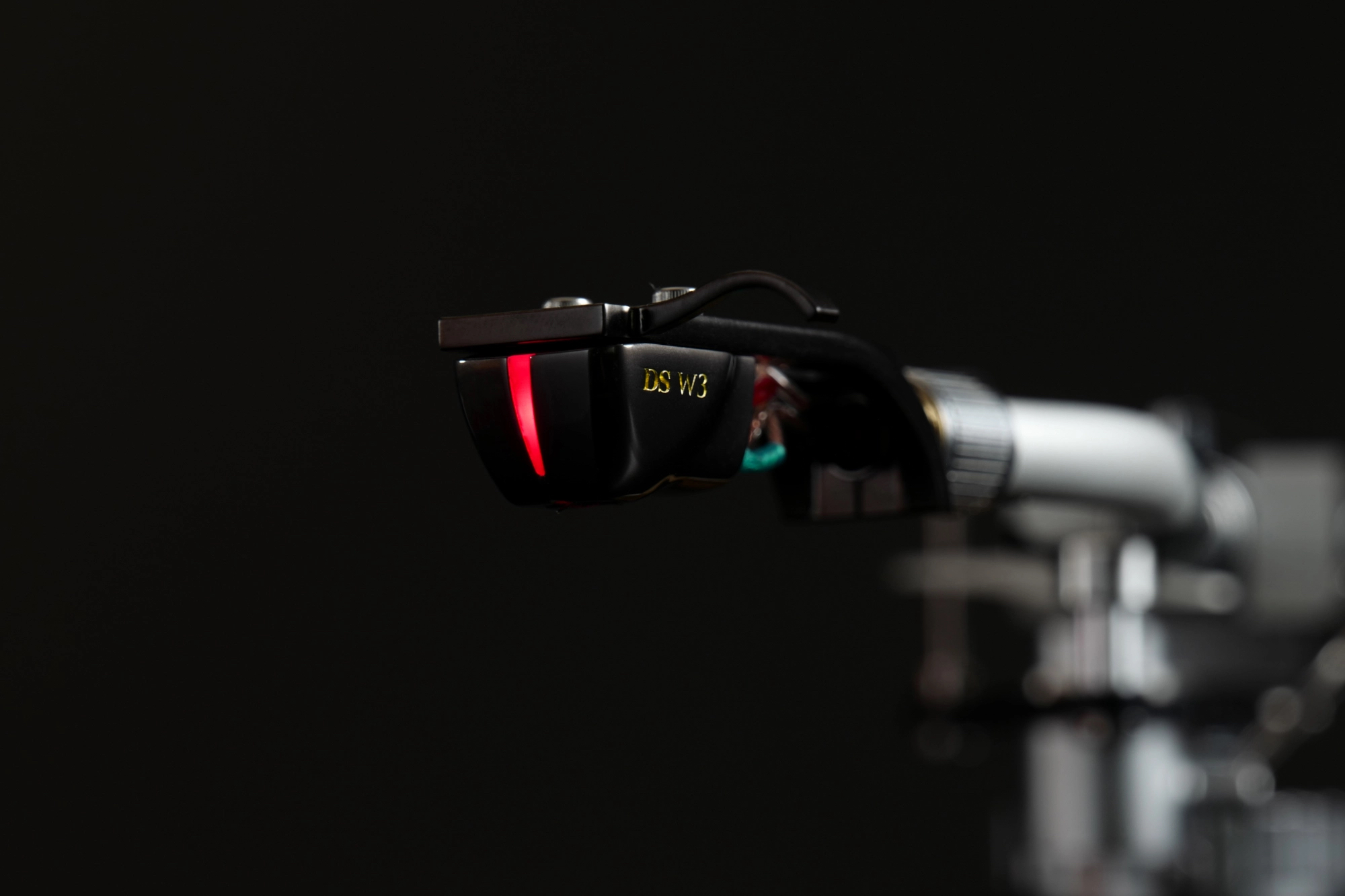 SEVEN years ago, Japan’s DS Audio launched the DS-W1 optical cartridge which, unlike conventional MM/MC units, used LEDs and photo cells to capture stylus movement. The lack of magnetic resistance in the system cut down on vibrations, allowing the stylus smoother passage through the record’s groove. The DS-W1’s moving mass was also very low. Of course, these translated to better analogue performance.

DS Audio went on to release the higher spec’d Master 1, then trickled it down to the DS-W2. A third-generation Grand Master came out in 2020, and that technology has now trickled down the the DS-W3, in which the optical system has been comprehensively re-engineered from its previous iteration to deliver a number of benefits.

“Independent LEDs and photo-detectors for the left and right channels deliver a significantly increased output voltage, now 70mV compared to the previous 40mV. This new independent design has also made it possible to eliminate crosstalk, greatly improving left and right channel separation. At the same time, the S/N ratio is much improved, resulting in an even lower noise floor,” the press release informs us.

“This new design also enables a smaller shading plate, which is reduced in both size and weight, from 1.56mg to 0.74mg, thanks to the use of 99.9% pure beryllium rather than the previous aluminium.

“The DS-W3 combines a boron cantilever with a line contact stylus. The cartridge’s body is constructed from aluminium with a structure crafted for maximum rigidity, while the internal wiring is 1.6 times thicker than that of the earlier second generation model, thus reducing impedance.”

As in all DS Audio optical cartridges, the DS-W3 requires its own equaliser/phono stage, which is also now in “third-generation” stage.

“All internal components are optimised for third generation cartridge technology – the thickness of the circuit board has increased from 1.6mm to 2.0mm, and the thickness of the copper tracks have been doubled from 35µm to 70µm. The equaliser offers both unbalanced and balanced outputs with a choice of four different low-frequency roll-off points ensuring that the DS-W3 will partner seamlessly with any high-end hi-fi system”

If you’ve already bought into the DS Audio ecosystem and would rather mix and match, all the cartridges are fully compatible with any of the company’s accompanying phono stages/equalisers.