McIntosh McAire – made for the ‘i’

HAVE you been dreaming of an all-McIntosh system but were intimidated by the potential cost and amount of rack space needed? Well, here’s what we assume to be a relatively affordable solution in a compact package – the McAire integrated audio system, which the company says delivers the iconic look and sound of the brand, and is specially made for Apple devices like the iPad, iPhone and iTouch.

Features on the McAire include AirPlay, which lets the user stream music via a Wi-Fi network from an iTunes library (on a variety of iDevices, as well as PC and Mac). Some older models of the iPod (Classic and Nano) can also be hooked up via a USB cable. 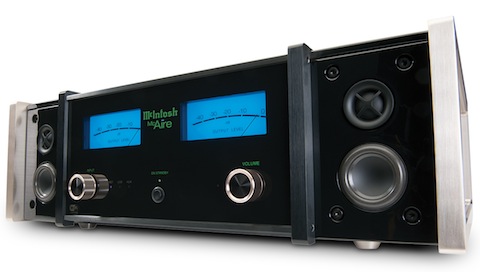 Voicing the audio system are two four-inch woofers, two two-inch midrange drivers and two three-quarter-inch tweeters, covering the 60Hz to 45kHz frequency spectrum. The speakers grilles can be removed for optimal sonic performance or if you prefer the “nude” look.

The USB dock charges compatible Apple devices hooked to it, while tracks and volume can be accessed via a provided remote control unit. The McAire allows wired connection to other external sources, like a TV, etc. A player app can also be downloaded on your iPhone.

The McAire is finished in high-gloss black, with knit cloth for the grilles, which are attached magnetically. Each unit measures 492 x 203 x 432mm (w/h/d) and weighs a solid 14kg.

Will owners of iPods, iTouches, etc, bite? Well, if you’re a wealthy audiophile, nothing says it like a McIntosh. Even a small one … 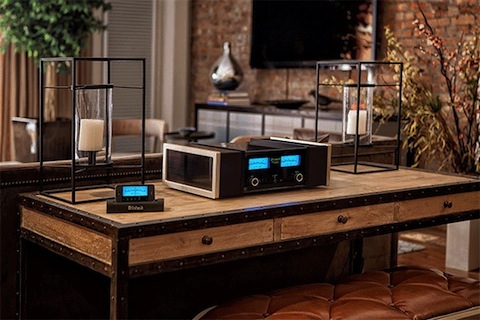