NOT everyone who uses a mobile device to listen to music wants to be plugged into a pair of cans all the time. Sometimes, it’s nice to air one’s ears and put in a bit more space between source and auditory canal. Making it easier are the NuForce S3-BT wireless speakers, which promise “clear, full-bodied and distortion-free audio streamed via Bluetooth.”

“With Bluetooth-enabled devices becoming the most common way to carry and listen to audio files, we at NuForce decided to create a speaker that would satisfy even our most discerning customers.

“By implementing the latest technology and focusing on custom design, we’ve successfully created speakers that deliver the most advanced audio performance from a Bluetooth bookshelf speaker today,” said NuForce CEO Jason Lim in a statement.

NuForce Inc, a leading California-based digital audio specialist, first gained acclaim with its patented Class-D power amplifiers and has expanded its range considerably to include DACs, headphones, speakers and cables. 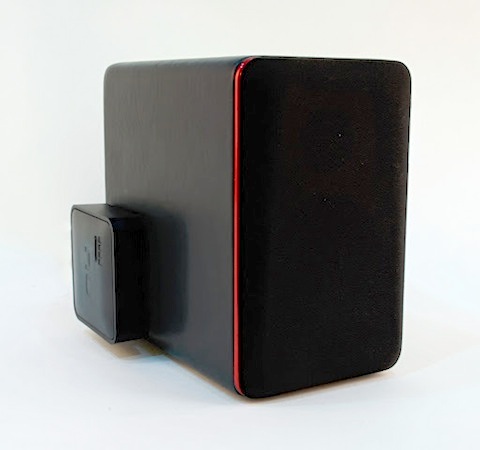 The S3-BT is an active loudspeaker featuring the latest aptX® and ACC technology for exceptional Bluetooth performance – you can wirelessly hook up a selected range of Apple and Android devices to them. A pair of analogue inputs allows wired connection to other audio sources.

NuForce’s Air DAC wireless system can be also be connected to the S3-BT for improved wireless audio streaming. NuForce points out that the Air DAC was designed for a 16-bit performance level that is superior to the Bluetooth standard, and thus recommends it to be coupled with the S3-BT.

A custom-designed, one-inch soft-dome tweeter and proprietary 3.5-inch paper cone woofer are used to voice the onboard 18-watt-per-channel Class D amplifier. The speaker cabinet is wrapped in soft white or black leatherette – the compact unit weighs about 2.5kg.

The S3-BT is shipping now, at US$299, and available at the Nuforce Amazon Online Store, Nuforce eStore and Nuforce dealers. Give your ears a rest from the cans, then …