THE previous installment of this article looked at common myths and truths about Magneplanar speakers, based on my own experiences over the past two decades. Also, my trusty MG1.6 made way for its replacement, the MG1.7, about 18 months ago. The story continues ….

The Magneplanar MG1.7 does away with the planar magnetic drivers Magnepan has used for decades in the bass and lower midrange spectrum; instead, the newer model has a quasi-ribbon right through, which supposedly improves coherence and delivers a seamless sonic presentation. There’s also a quasi-ribbon super tweeter, the upper range of the 1.7 being enhanced by 2kHz to 24kHz.

I must admit here that despite all the advancements through the decades, pure ribbon panels still have the edge. Two years ago, I had a pair of Apogee Centaur Minor hybrids running alongside the 1.6 – the bass from the cone woofer was horrible, but the purity of the ribbon section left the Maggies in the shade. But back to the 1.7 …

The lower 40kHz extreme remains, so the specs are essentially identical between the 1.6 and 1.7. One major change, apart from the ribbons – the older model could be bi-wired, its replacement does away with this. To some, this is a retrograde move, to others, one headache less in the quest for better sonic performance.

The 1.7 looks about the same as its predecessor, except for the wraparound aluminium trim at the sides – the standard all-black finish, on the positive side, won’t reveal any stain or discolouration over the years. However, punters can still specify different wood trim and fabric, as offered on the website. Since both pairs of MG1.6 panels I owned in the past sported oak trim and cream sock, I was quite happy to settle for all-black.

My room was already set up to extract the best possible results from the 1.6, so it was a small matter of shifting the older panels out (they’ve since been sold) and moving the 1.7 in place. These were new units, but some of the characteristics were familiar to me from the start … I did note that the bass, initially at least, seemed to have less impact than its predecessor. 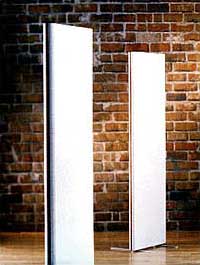 A couple of points to note for Maggies – and I would think this applies to all models. What’s on the side walls doesn’t matter, but place the panels out at least three feet from the rear wall, and keep this wall free of embellishments, especially if it is a hard wall (mine, like many Asian homes, is brick and cement).

If you want the Maggies further in, some bass damping material on the wall may help. I once had the 1.6 firing across the width of my room and used Auralex bass foam on the lower rear wall. This gave me tight bass, despite the speakers being less than two feet from the wall behind them, although there was less air in the presentation.

The other thing is to keep some space between the sweet spot and the wall behind you. I wasted much time trying to figure why I was hearing a slight boomy effect (my listening position was right up against the wall) with the 1.6 … one day I pushed the sofa out a couple of feet and lo!, boom gone!

So, having already established the optimum position with the 1.6, it was mere a matter of swapping them for the 1.7 at the same spot.

Before I proceed, here’s one more thing about the Maggies – those metal brackets that serve as feet certainly are not rock steady, and it’s no wonder many Maggie users through the ages have rebuilt them, along with the MDF panel that forms the support structure for the ribbons. This, however, is a complex and expensive process, and I found another way to skin the cat, with some significant returns in sound quality.

There’s a Taiwanese company called Elite Acoustic making a support device called the MSI (Magnetic Shock Isolator), available for different weight loads. My experiments with them go back a few years, and I ended up with four placed under the metal feet of each MG1.6 panel. It’s a delicate process, and not recommended if you have kids or pets running around your house since the isolators decouple the panels from the floor and make them free-standing and vulnerable to moving objects! However, they do add another level of clarity overall and tighten up the bass.

My immediate impression, right out of the box, was how significantly more seamless the newer speakers sounded, with a better extended top. However, at this point, I felt the older 1.6’s bass had more impact, thanks to the tweaks I had conducted. I wasn’t put off, however, allowing the new panels more play time over the months.

Oh, yes – sometime during the final months I had the 1.6, one square segment of the MDF frame on which the metal bracket was screwed in started tearing off. This necessitated repairs, like using glue to put the damaged part back in place. While at it, I also asked the technician to carry out a mod – ie, finding a longer screw, drilling right through the frame panel and securing the front end of the screw with an aluminium strip glued to the front. This meant, instead of the MDF frame alone securing the brackets, they were actually two metal piece supporting the panel. This worked a bit more magic to the bass! 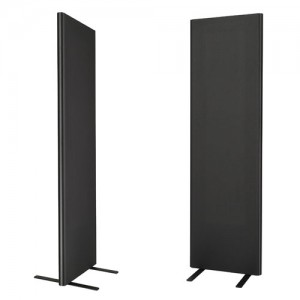 Anyway, back to the 1.7, which I let run in for a few months before placing them on the isolators – they brought about the same effect as they did with the 1.6.

Even without the isolators, I found the 1.7 to be airier on top, with a more generous soundstage and smoother mid-bass integration than the older panels. The impact of the mid-bass and further down left me with a silly grin on my face, while the sheer life-sized nature of the stage and its spaciousness – so typical of large panels – had me hearing deeper into the mix than I thought possible. Ambient details in the recording, even the recording environment, were revealed, and sometimes, with certain tracks, I got the feeling of “being there” …

Do they rock? A liberal dose of AC/DC and ZZ Top showed me how the Maggies have been so misunderstood merely because they’ve not been matched with the right ancillaries and room. They can sound as ballsy and steroid-laden as the bands intended their mixes to be, and at the same time, delicate and subtle with more laidback recordings.

I noted, especially, improvements in the higher registers, compared with the older model – perhaps an increased headroom, and a tinge of sweetness (although this would depend on partnering equipment). Then again, this is testimony to how revealing the MG1.7 is, whatever the nature of the equipment or recording.

To truly appreciate just how intriguing and captivating the MG1.7s are, you’ll need to listen to them under optimal conditions for a few months, shift them out and put a pair of dynamic designs – at the same price bracket – in their place. The cabinets might have deeper bass and move you gut more, but for sheer impact, realism and expansiveness in staging, these panels can’t be bettered.

As a hi-fi distributor (no, he doesn’t do Maggies) told me the other day, when he was trying to sell me a new pair of speakers and I told him what I was using – “Oh, you’ll have to spend five times that on a normal speaker to be happy then!”

Perhaps an exaggeration, and certainly bound to offend detractors of these panels. We’ll not get into a debate on this. I’ve been asked about the right amps to drive Maggies … coming up next.

Sujesh Pavithran has three rules about Magneplanar speakers – no subs, no pets and no kids in the same room.