First impressions: While the packaging that the Rega Carbon cartridge comes in is by no means overtly glamorous, it certainly beats the proverbial pants off any of its price-range competitors I can think of, including that of OEM supplier Audio Technica’s own classic AT-91, on which the Carbon is based.

Opening the plastic box (the top cover also acts as a magnifier), you are greeted by a dead-ringer for the said AT-91, save that Rega’s nomenclature is printed on the stylus mount – it was very much like encountering an old friend after a long interval, but seeing him dressed a lot more suavely than I could ever recall.

It is gratifying to see that Rega did not cheap out on the Carbon’s mounting peripherals, and included their familiar solid nuts and screws, with the necessary Allen key also, all coming as part of the overall package. 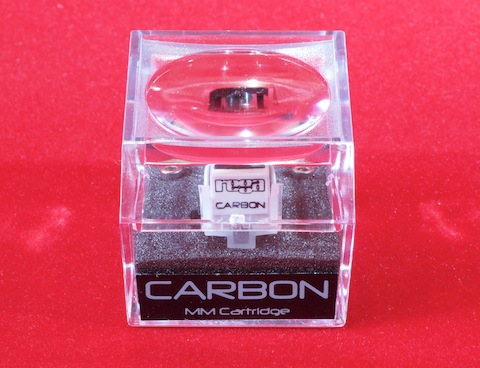 The familiar easy-to-fit-and-release plastic stylus guard certainly reduces the anxiety caused by the possibility of accidentally damaging the Carbon’s business bits in the course of its mounting and alignment. Certainly, I have handled much, much more expensive MC cartridges where protecting the cantilever and stylus assembly from accidental damage didn’t figure anywhere in the thought, or even after-thought, process of the manufacturer.

Specs: The specs provided by Rega for the Carbon are an output of 2.5mV at 1kHz, user-replaceable stylus (although there is no indication Rega will market the stylus assembly separately on its own), standard half-inch mount with two screws  and carbon cantilever.

The square right-angled front part of the body made it easy to line the Carbon up with the mounting protractor’s lines, even if the dark-coloured cantilever and stylus didn’t make it at all easy to view whether the tip had landed accurately in the middle of its cross-hairs.

The only customisation of the basic AT-91 that Rega has apparently required from Audio Technica is that the cantilever of the cartridge be of carbon material … hence, the product’s name.

Now, I’m familiar enough with the  AT-91 that I had simply thought all AT-91s came with carbon cantilevers as a matter of course, so I didn’t get what the big deal was. However, a quick check of the available images on the Internet revealed this is not necessarily the case – there are AT-91s which sport dark-coloured cantilevers, as well as those with more metal-like appearance, so perhaps the OEM manufacturer has more than one version of cantilever which can be specified for the same model. 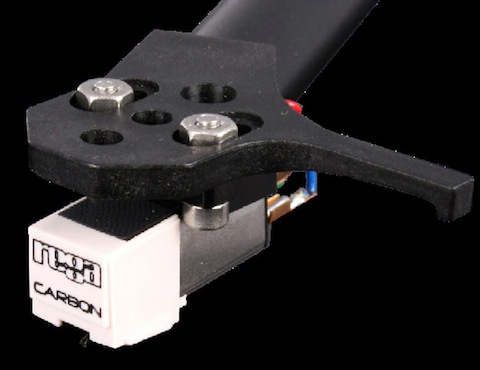 Performance: Setting the tracking weight at 2.3 or so grams, or 23 or so Nms of tracking force, if you prefer, I was all set to let the Carbon sing. The good thing about the conical stylus of the Carbon is that it is much more forgiving of imprecise set up than your average fastidious expensive modern moving coil cartridge.

Three different turntables were used in the listening, but the Carbon spent the most time mounted under the headshell of a vintage Pioneer PL-1200. After only a brief running-in period, the Carbon opened up and showed itself clearly able to make good sense of the music, keeping a tight reign on the musical essentials. The musical perspective was quite full-bodied with a more upfront presentation than, say, a quality budget MC cartridge like the Dynavector 10×5.

There was a fair sized acoustic re-created but not as large and airy as with more capable designs, the space occupied by the L’Orchestre de la Suisse Romande in Ansermet’s Falla: The Three Cornered Hat perceivably shrinking when compared to said Dynavector. Soundstaging was also good with well-defined images within it.

Bass was confidence-inspiringly solid, having enough power and extension to satisfy, while being abetted by a strong rhythmic performance with good timing, this latter aspect good enough to embarrass some more expensive rivals, by my reckoning. 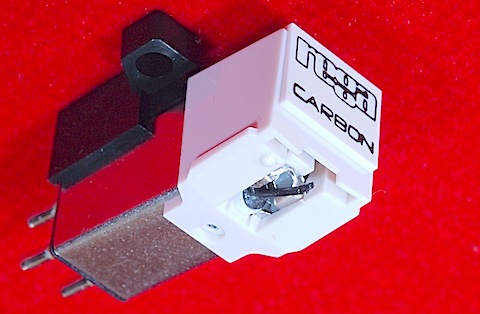 Treble could get just a touch abrasive at times, and there was no pretending the Carbon would be able to go toe-to-toe with a good budget MC cartridge in producing the air and translucence present in finer quality recordings before hitting its upper limits of extension and ability to stay on the right side of coarseness.

What was impressive ultimately was that even when “stepping down” from having just listened to a good turntable combination with a mid-priced moving coil cartridge in tow, the sonic penalties of switching to the Carbon was rather less discomforting than expected – one could still very much pay attention and stay focused on the music being played without being distracted by the quality drop. That’s a trick even some more expensive cartridges can’t readily pull off.

The good: The AT91 is already a classic in its own right, a cheerful cheapie which doesn’t let the buyer down and offers so much in terms of sheer listenability for the price, so much so that Rega couldn’t really go wrong in basing their Carbon version on it.

Based on the samples I had, the Carbon did seem to sound slightly breezier and less “hot” than the standard AT-91, but it could well have been due to sample variation and minor differences in setting-up that caused this. Certainly, I wouldn’t dare say I could walk in a room unsighted and be able to immediately tell which variant was playing. 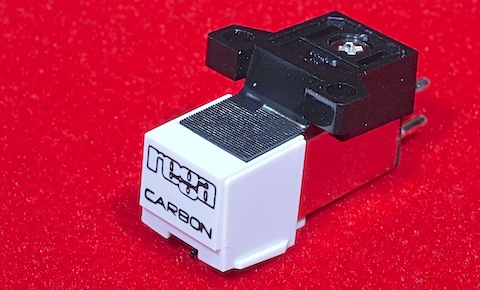 The ungood: One will have to scrape the barrel to come up with a legitimate complaint against the Carbon, so here’s my shot at it – it’s a standard half-inch mount cartridge which doesn’t benefit from Rega’s super simple three-screw mounting and alignment regime, when used with Rega arms. We’ll still need to squint our eyes to ensure the cartridge is properly lined up in the protractor. At this price, I doubt there’s enough margin for your retailer to find it worth his while to mount this cartridge for you!

Final verdict: The Carbon is a top-notch audiophile bargain! Rega has somehow managed to price and package it rather better than the original OEM manufacturer has. The Audio Technica AT-91 had been one of the most reliable and best sounding “go to” cartridges for vinyl punters on a tight budget for decades, but of late, the retail price in some markets has skyrocketed, caused apparently by lack of proper official distribution.

Given the price, even if one were to conclude that the Carbon didn’t do anything to improve on the bog standard AT-91, the fact that the Carbon comes substantially better packed and with better mounting hardware would easily sway the potential buyer’s decision in its favour.

I’m convinced that whatever I say about the Carbon, Rega is still going to sell tons of ’em. Every home should have one.

Lim Juan got into hi-fi for the same reason a good many (but not all) of us did – the love of music. He grew up on gear his dad had. His mother used to work in a record shop where dad bought his LPs, so the seeds of addiction were set before he was even born! A lot of guitar-driven rock stuff shaped his tastes, and which he today still remains partial to, even though his palette has always been eclectic. He is now somewhat past the stage where high-end audio’s big brand names and fancy casework cause him to drool (though not completely out of it!). He has two children, one plays the cello, the other the violin, and he attends MPO concerts at the Dewan Philharmonic ‘somewhat regularly’.