First impressions: The Rogue Audio Triton phono preamp was in transit at my place before delivery to another reviewer and before handing it over, I couldn’t resist giving it a spin in my system. During the brief time with it initially, I was impressed by how “out of the way” it sounded.

Another quick listen prior to letting it go to the reviewer (Lim Juan) revealed some hum from the unit which irritated me… although I got to the root of this later. No cause for worry.

So how did I end up reviewing the Triton instead? Read on…

Specs: The US audio electronics manufacturer describes the Triton as a “high performance low noise outboard MM/MC photo section suitable for almost any phono cartridge”. Just how flexible it is can be gauged by unscrewing a little latch on top and peering into the board inside, where an array of dip switches greets the user. 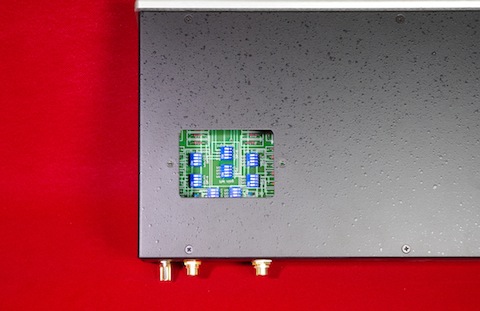 Four gain settings are included – 40dB, 55dB, 60dB and 65dB. There’s a toggle switch at the back to avoid ground loops – it there’s a hum, just toggle off and all is quiet.

The Triton measures 431 x 229 x 90 mm (w/d/h) and has a shipping weight of around 8kg. It is designed and built in the USA, and has a three-year limited warranty. 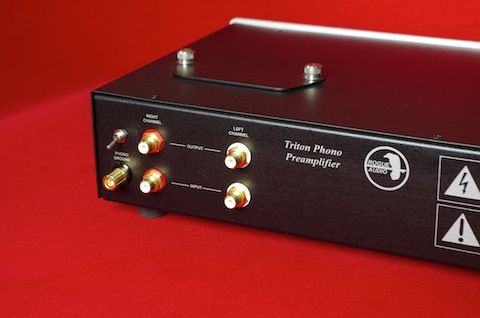 Performance: My Odyssey Tempest preamp’s phono stage is quite possibly the best onboard unit I’ve had the pleasure to own. I’ve also been using a made-in-Malaysia Frank Acoustics Pipit 22L phono stage for a couple of years, a significant step up from the one on the Tempest. The Pipit simply sounds more open, detailed and transparent, with a grip on the music that is confident and precise, but without truncating any of the recording’s ambience.

When the Pipit was swapped for the Triton during the brief initial session, I was immediately impressed with how it melded into the system, without imposing itself. A quick mental note was made at the juncture – a potential buy?

However, in a twist of events, the unit was returned to me after a few weeks because Lim Juan just couldn’t seem to extract what I had heard from the Triton – his experience was contrary to mine. He did finally get to the bottom of what wasn’t right – read his report appended at the bottom of the page.

So it was round two for me and I wasted little time pulling out my usual LP suspects  – Dire Straits’ eponymous debut album, David Grisman Quintet’s Svingin’ With Svend and Dave Grusin’s Mountain Dance, apart from a couple of test records containing a variety of material.

Pitted first against the Tempest, the Triton delivered a wider stage and airier sound, conveying a sense of superior resolution of the detail in the tracks. Bass was tight and tuneful – by comparison, the Tempest’s phono seemed to have a looser grip, along with less clarity in the lower mids.

The shootout between the Triton and Pipit was more enlightening, after I ensured similar load and gain settings were set on both units. It had initially slipped my mind to match both units’ settings and the first A/B session indicated that the Pipit seemed less detailed in the lows, while the Triton was cleaner and leaner, with a bit of an edge to the sound.

However, when I realised this, I quick rectified the matter by dialling in settings to match to cartridge’s specifications.

This time around, it was more difficult to pick out the differences – both had similarly impressive grunt in the bass, with mids that were clear and clean, with vocals and instruments alike. The Triton nosed ahead slightly in the treble region, throwing in more detail into the overall mix. By comparison, the Pipit seemed a bit recessed at the top.

A few more sessions had me concluding that the separating factor was in the overall texture – the Triton was cleaner and a tad cooler in its presentation, the Pipit had a tinge of warmth across the spectrum. Nothing, however, that detracted from either unit – I found the Triton to be as gripping in the way it conveyed musical emotion and presented a complete organic soundscape as I did the resident Pipit. 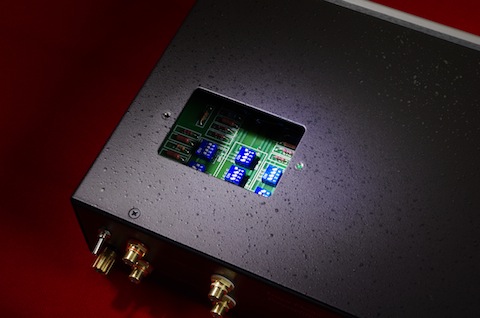 The good: Classy build and brilliant design – I refer to the easily accessed dip switches, thanks to the latch cover. Sonically, a wholly satisfying experience, especially if you’re stepping up from an onboard unit. Priced right … in fact, almost under-priced, because you can pay more for less.

The ungood: Nothing really, unless I want to nitpick and tell you that the Triton looks really boring from the front… and rear. Initially, I thought hum would be an issue, but that went away at the flick of a switch on the unit.

Final verdict: It took careful consideration but I decided not to buy the unit because it was a close race with my resident phono. However, I would highly recommend the Rogue Audio Triton to anyone looking to enhance their vinyl experience beyond the entry-level.

You may think your onboard phono stage or those tiny phono matchboxes from some of the Brit makers to be good enough, but let me assure you, the Triton gets you across the threshold of the big league and will survive a number of upgrades in your vinyl rig.

For me, the Rogue Triton phono stage has literally been a game of two halves. I was rather excited to be given the assignment to review it as Sujesh, in the short period he had had the unit before passing it on to me, made some rather enthusiastic remarks about its performance when plonked in his set-up for initial testing.

Work commitments got in the way and I was only able to fire up the Rogue on the weekend after receiving it. I could tell immediately something was amiss after I had substituted the unit for my usual Parasound JC3 phono stage.

Fitted into a system consisting of a Garrard 401-RB300-Rega Exact, with a Euphonic Research ATT-600 passive controller and Mesa Boogie Baron providing the amplification and Sonus Faber Guarneri Homage loudspeakers converting the electrical signal into soundwaves, the intro bass line from Jethro Tull’s Teacher sounded like it had been subjected to a prolonged starvation diet. Olivia Newton John’s Physical sounded anything but.

The following days and weeks saw me substituting phono interconnects, power cords, trying various settings on the DIP switches from the left-open “hatch” on the roof of the Triton’s chassis and changing supports on which the Triton sat. Then came the turntable and cartridge substitutes, where a Pioneer PL1200-Audio Technica AT91, Roksan Xerxes-RB1000-Linn K18II, Rega P1-Ortofon OM5E were all tried.

Thinking it could be a problem affecting only MM cartridges, I tried a Benz Micro Ace S red-bodied cartridge into the Rogue’s 100ohm setting, and while there was some apparent improvement (which I felt could well have been my imagination due to my utter hope that this would solve the problem), it remained underwhelming. Fearing that this was because the negative thoughts had taken root in my mind, which caused each bar of music to sound worse than the previous one, I knew I had to try something different.

In desperation, I drove over to a friend’s place to try it in his system. The Rogue took the place of his Dynavector P75 Mk II and was fed by a VPI Classic 1 turntable, JMW Classic 1 tonearm and Dynavector 17D3 combo being amplified by a BAT VK-300xSE integrated amp into PMC Fact 8 loudspeakers.

Now, while the P75 Mk II is some bit cheaper than the Rogue, it is a performer par excellence at its price point, and I have preferred it over some more expensive rivals. The Rogue, however, proceeded to give a performance which easily bettered that of the P75 Mk II. And the bass! Talk about impressive definition, weight and extension, which the likes of the transmission line Fact 8s delivered with unrestrained gusto. Into the third LP, my friend had the “I think I want to buy this” look on his face which he didn’t hide too well.

This is a brilliant performer for the money. I can’t explain the out-of-sorts results with my own system, but I could only surmise the low 600-Ohm impedance of my passive controller-pre was simply not to the Rogue’s liking.

Amplifiers, Reviews
Audience’s The ONE is shipping
The Krell KSA-50 returns!