(depending on your inclinations and music)

First impressions: These distinctive earphones from Final Audio Design bring audio eclecticism to heady highs. Listening to them requires a rewiring of your synapses and the way you listen, but brings with it even more dire provisos… they’re not for everyone and are, in my mind, one of the most polarising earphones around. You’ll either love them or hate them.

There’s a certain diabolical zen genius to the VIII. Take the simple yet contrarian design – there’s a clear organic wholesomeness in the way these voluptuous lines were penned. It begs to reason, therefore, that these are perhaps one of the most comfortable earphones I’ve listened to.

The very features that one would imagine to be depletive actually add to the whole listening experience. Take the heft of the metal body; decidedly unwieldy in hand but it makes perfect sense when inserted in the ear. The VIIIs lay cradled in my ear like an extension of my body. Once properly inserted, the VIIIs sit securely and are pretty difficult to dislodge.

Then there’s the matter of the cold metal body. Clearly, inserting a cold metal object into one’s ear canal isn’t a natural act but after the brass body takes on the warmth of its user, there’s a very comfortable nature to it… organic, even.

Specs: Inspired by horn loudspeakers, Final Audio Design’s Piano Forte range covers a quad of earphones denoted by the Roman numerals II, VIII, IX, and X. The IIs are housed in a plastic shell but the other models share the same all-metal body design format and are differentiated by the type of metals employed – the IX in stainless steel, the X in chrome copper and the subject of this piece, the VIII, in brass.

Unlike most earphones and in-ear-monitors, the VIIIs are designed sans silicone buds, which the company claims can stifle the soundstage, distort the sound, and provide little, if any, in the way of an acoustic seal or isolation. 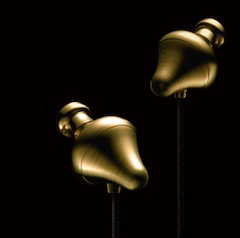 These are clearly not the noise-cancelling in-flight earphones one would reach for but suffice to say that FAD’s overriding design objective for the PF range of earphones was to deliver an immersive live hall listening experience.

Inside the handsomely made and finished 38gm (yes, you read that right) brass housing lies a 16mm neodymium driver that is much larger than the drivers found in most earphone designs.

A proprietary pressure ring in front of the diaphragm works in conjunction with vents in the outer housing to optimise the pressure differences around the driver to reduce distortion. With a maximum sound pressure level capacity of 108dB, some degree of prudence in twiddling with the volume knob is advisable.

If packaging matters to you, you’ll be sorely disappointed. The VIIIs are extremely well made and finished with excellent laser-etched detailing and tight nylon mesh sheathed cabling but aside from the simple box and nylon carry case, there’s little else. Clearly, what you see is what you get.

Performance: What you will get is a supremely fine listening device with the ability to dig deep into the essence of the music. Where other earphones bring you detail, the FADs presents you with the gestalt, the emotion and reasons why lying within.

The VIII’s ability to decipher and present the human voice and musical instruments within a tangible space can sometimes be startling. After the noticeably long break-in period (upwards of 100 hours), I found myself exploring my musical library once over and listening to many pieces as if it were for the first time.

There was however a clear pattern to the music I ended up listening to. Invariably, it would be high-quality cleanly recorded minimal selections, with a predominance for solo voice and sparse instrumentation. For the life of me, I can’t recall how many times I’ve listened to Now the Green Blade Riseth – The Stockholm Cathedral Choir (Propius) over and over on the VIIIs. And to listen in contemplative awe of bow drawn on cello, in all its fervency and delicacy, was truly amazing. 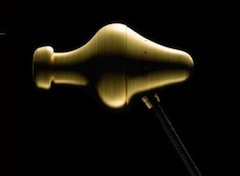 It is perhaps this very quality that may prove to be the VIII’s Achilles heel. Extension, both on the upper and lower registers, was decidedly reticent but more telling was its unforgiving nature to all material that was not as gently produced… which unfortunately covers most contemporary music, save for material with the highest recording values.  This was a consistent trait even with different amplification configurations.

There’s little ambiguity here, put on the right music and you’ll be transported to an acoustic space resplendent in nuance, textural detail, colour and depth, with an emotive presence that’s near palpable… the same honeyed traits reminiscent of horn loudspeakers and especially driven by single-ended triode amplification. Put on anything less than worthy and you’ll be pulling the VIIIs out as if they were on fire.

The good: Involving, emotive, nuanced earphones with the ability to transport the listener into the recorded music.

Final verdict: Therein lies the rub – the FAD VIII’s are exemplary on several counts but in every way that they excel, they unequivocally exclude a good part of the music I own and listen to. For all that they do, and for all that they don’t – save for the asking price – I want a pair for myself.

MK Chong, a rehabilitated ex-investment banker, still doesn’t get out nor see the light of day much. When he does, he has a passion for the finer things in life; family, single malt whiskies, food, cars, music and cool gear. He believes there’s more than one way to nirvana and that just because everyone says so, doesn’t make it so. Currently, he’s relishing planars, tubes and cans.