HRT Streamers – simple as they come

First impressions: These diminutive units are single-trick ponies for sure – you only ever use them to connect to your computer or iDevice (iPods/iPhones/iPads), so there can be no mistaking their purpose for being.

This, however, puts their design brief firmly into focus, the results being impressive in their own right as no-frills tool for utilising the computer as a credible audio source.

In musical terms, the Music Streamer II+ (MSII+) and iStreamer (iS) score big marks with consistent, fuss-free performances across a wide range of genres.

There are no knobs to fiddle with, no buttons to push – these are truly fit-and-forget things you simply hook up to your gear, then sit back and listen to – the implementation also provides viable options for building satellite/secondary systems or as part of a quality last-mile multi-room/multi-zone implementation. 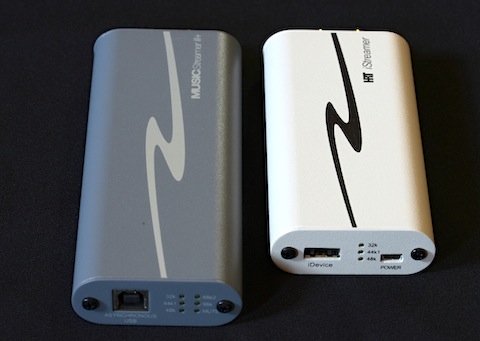 Specs: Both the MSII+ and iS carry the same form factor – understated slabs about the size of your typical smartphone. Finished in powder-coated grey and white  respectively, they give the impression of well-constructed solid-state components.

The rounded edges bring the design smack bang into the present, making the trapezoid shape of the earlier MSII incarnation I purchased in 2009 look positively dated. Nothing else has changed on paper, specs-wise – the MSII+ keeps its USP of a USB-only input and single-ended RCA output based on some pretty nifty circuitry work separating the data conversion and transfer stage from the requisite power supplies to make things work.

The iS is new to me. Manufacturer High Resolution Technologies’ (HRT) website mentions ultra-high performance circuitry approved by Apple itself. I presume the iStreamer operates the same way: it takes the job of the computer’s audio processing off-board to the unit for better timing and jitter attenuation, amongst other things. Again, there’s only a single set of RCA outputs to be connected to an amplifier’s line-level inputs.

Nothing much else, apart from a set of LEDs indicating the source sampling rate, up to 96kHz in the MSII+ and 48kHz on the iS. In the case of the MSII+, an additional LED indicating the unit’s mute status is also available to give owners an at-a-glance view of the system’s operating mode. 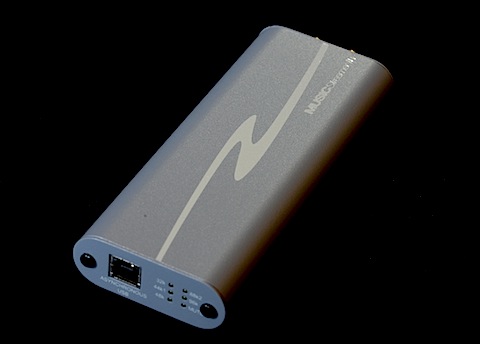 Performance: I was particularly keen to hear how the MSII+ compared with my older MSII and what differences there were, if at all. Off the bat, I was surprised that the differences were not as marginal as I was expecting.

Gains were everywhere – a more expressive midband (which was about my only real beef with the original MSII) especially stood out. The slightly recessed sound of the original MSII opened up here, allowing vocals to breathe with more authority. Going through the spec sheet, I couldn’t really detect material changes to the hardware itself, but a lot of the work was focused under the hood – better signal-to-noise ratios, a lower noise floor and total harmonic distortion. All these translate to the MSII+ showing the MSII a clean pair of heels and turning in a more organic performance.

Both the MSII+ and iS scored high marks in my books when it came to openness. Their ability to conjure a wide playing canvas belied their physical dimensions. This quality came to its own with multi-layered tracks, where the MSII+, especially, imaged spatial cues of musicians in their respective positions quite comfortably. I was equally surprised with what both were capable of – they certainly punched above their weight in this department. 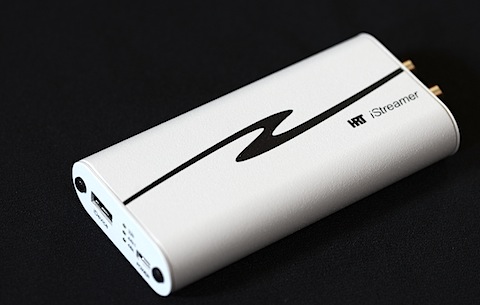 I felt the tonal balance to be an expertly judged affair between warmth and attack. The MSII+ and iS sounded a little sweeter than my old MSII, which might not necessarily be too bad a thing.

Not-so-well ripped music tracks can have a tendency to sound a little strident, so the added warmth, in my opinion, tempered this but not to the extent of dulling the sound of musical dynamics.

Also of notable mention is an appreciable weightiness to the bottom end, which while still as resolute as before, did not suffer from overhang normally associated with poorly-judged implementation to boost bottom end at the expense of bloom.

For a good period through the review, I was also subconsciously making comparisons between the two HRT devices and the ESS-based Sabre DAC on board my Audiolab 8200CD. I would be splitting hairs, but the performance on offer, especially with the MSII+, was within a whisker of the Audiolab.

The good: This is simplicity personified. Have computer (Windows or Mac), have music, plug in DAC and play. If you’re set on a DAC that does nothing else but converts music files on your computer to play on your hi-fi, they don’t come much simpler.

The user experience was also good – I had no problems whatsoever with using the units, they hooked up and played straight away. Add a respectable spec sheet, and it is hard to ignore them as a logical conclusion for beginners to computer-based audio, or even those who just want to get on with the business of having good-sounding music.

The ungood: The iStreamer comes with a separate power supply, requiring connection to AC sockets, and this could be a deal-breaker for some. The ease of use and promised portability, plug-in-and-play premise falls a bit short, compared with its non-i brethren. I suspect this has to do with the fact that the iStreamer also charges the iDevice while in play, hence the requirement for a higher than the 2.25volt output that the MSII+ produces.

For those big on bragging rights and into numbers, the low-ish sampling rate capability of the iStreamer could also be seen to be insufficient for “high-fidelity” playback. Some might argue that as a transit platform for iDevices, the iS may not be seen as a “serious” hi-fi device but this still doesn’t compare as favourably to what the MSII+ brings to the table.

As for the MSII+. I honestly have difficulties in finding chinks in its armor. I’m still finding it difficult to get over the price/performance ratio this unit offers. If I had to nitpick, I can say that as 24/192 is becoming pretty mainstream, perhaps it’s time HRT considered upgrading the MSII+ (and indeed most of its other products) to allow for native 192kHz sampling rates. 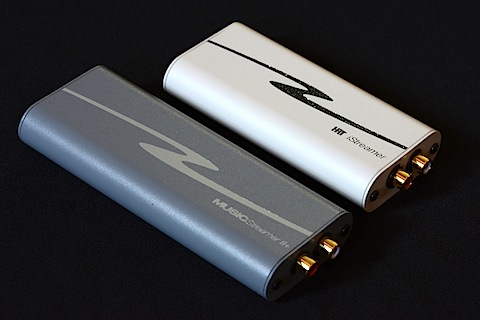 Final verdict: Call it a sign of the times if you will, but once the premise of ease-of-use starts making sense and begins to enter traditional hi-fi hierarchies, you know you’re in for a pretty big state-of-mind shift. One such that has grown into me is the use of computers (and their derivatives) as a key source in the replay chain and the impact it has had on my listening experience. It becomes especially more compelling when one factors the kind of performance that the HRT duo brings to the fore.

Odds are if these don’t convince you of the merits of computer-based audio, then you won’t be. But for those where the jury is still up on anything computer-based and are still testing the waters, the MSII+ and iS are a relatively painless, non-committal entry into the whole scene. Give it a go, who knows, this could well be the paradigm shift you’ve been awaiting.