First impressions: This is a lot of metal for the money, I thought to myself as I struggled alone to install the Burmester 082 integrated amplifier on my rack. The sharp edges of the heat fins surrounding the casing further exacerbated my discomfort and chipped one of the rack’s plinths – I need to remember in future that I’m not as strong and nimble as I used to be two decades ago.

Installation done, it was smooth sailing as I hooked up my resident CD player and speakers to the 082. Initially, though, I was a little nervous – the last time I had a Burmester amp (the now discontinued entry-level Rondo line) at home was in the 1990s and it shut down after 30 minutes of driving a pair of Magneplanar MG1.6 panels.

However, I can assure potential punters that the 082 is as robust electrically as it is physically. Its power reserves and high current capacity ensured hours of listening on my newer Maggies, with the amp showing no sign of losing steam.

Sonically, the first session with the 082 put a smile on my face. The literature promised a “warm and full-bodied” sound and this seemed to hold true … there was also a sense of tightly controlled power to the playback that impressed me, and the solidity in the bass region was reassuring. 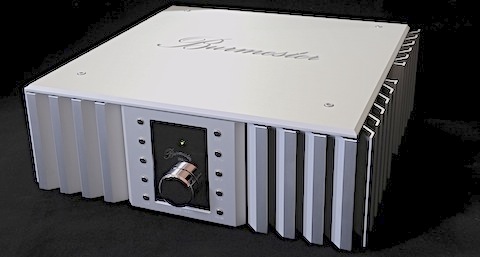 Specs: The 082, which has been in production for a few years, sits in the middle of Burmester’s integrated amp line-up – there’s the bigger and beefier 032 above and the slimmer, soon-to-be-available 101 below.

The amp uses a circuit design that is based on symmetrical DC-coupled amplifier paths. A massive power supply with an 82.000 μF filter capacity and a 450 VA toroidal transformer allow the 082 to deliver high current continuously, no matter how difficult the load; a high damping factor means better control over a wide range of frequencies, especially the bass. Burmester rates the 082 at 100 watts per channel into 8 ohms, 150 watts into 4 ohms.

The 082 features four balanced and two unbalanced inputs, three preamp outputs (one balanced, two unbalanced), a pair of loudspeaker outputs and a headphones output jack located, oddly, at the rear. Obviously, you’re going to get optimum performance if your source is also a balanced design. A full-feature remote handset is also provided which can be used to control other components in the stable. 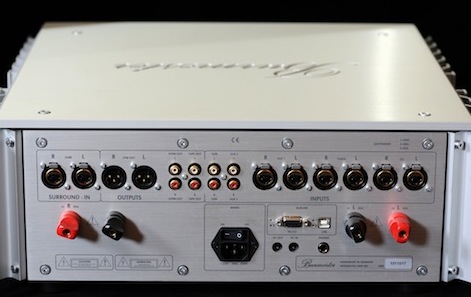 The 082 is indeed well specified – balance, bass and treble controls that can be bypassed, a programmable start-up volume level, trim settings of +/-9dB for all inputs, a home theatre through mode, display on/off (in three steps), and of course, the capability to drive a second power amp simultaneously.

Performance: There’s a perception about German products that they’re precise and efficient, but perhaps less inclined to evoke a passionate response in the user than say, their Italian counterparts. I must admit I fell in with this belief … until I attended a two-day test drive in Germany for the Porsche Cayenne and Panamera a couple of years ago.

Burmester, by a coincidence, also provides the in-car sound system for those models and the 911, but I must admit I paid more attention to the car than the music. Can you blame me, with all those horses at my disposal on the autobahn? Still, something did register about the sound system.

Which isn’t to say I was fully prepared for what the 082 offered sonically. My first few rounds were to punish it with the Maggies and later, the KEF LS50 reviewed here recently – the 082 proved to be as sturdy electrically as Burmester promises. It didn’t bat an eyelid pushed hard … although, sonically, I detected some congestion after a certain level that lessened the degree of articulation in the music. 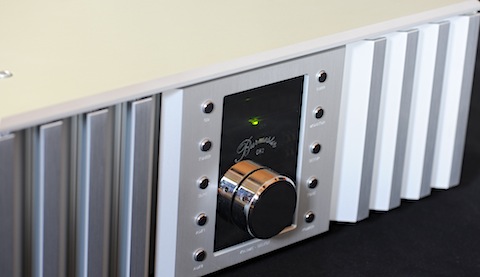 This apart, the 082 proved to be a smooth customer across the frequencies – the tinge of warmth wasn’t intrusive nor did it tonally overwhelm the overall result. Instead, it did make the 082 a tad more forgiving than some amps I’ve heard. There was a rounded nature about the bass, a completeness that made it seem more palpable than my own amps; in fact, if this sort of bass seduces you, then the 082 has the edge in this area over my resident Odyssey amps.

The flip side is that while the 082 has considerable weight and authority in its delivery, along with an admirable lightness in step, the slam factor rated a notch below the Khartago monos; if rock music isn’t a main feature of your musical diet, this is not likely to be an issue.

Many listeners prefer poise, control and the ability to communicate effortlessly above all else, along with accuracy to source signal. The 082 doesn’t let down in these areas. An A/B comparison between my resident Ayon CD player and Burmester’s balanced 069 disc spinner showed the amp to be very revealing of the differences. In the end, the 069, via its balanced connection, proved to be the more neutral performer, even as it was empathic to the amp’s nature. 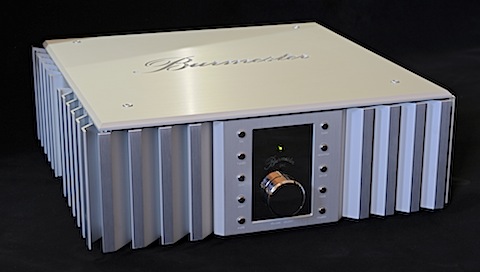 The good: A substantial amp, physically and electronically, with performance to match. The range of features is impressive, while the build quality is impeccable. Placed in the right system, it is a feast for the eye and ear.

The ungood: Heavy, and thus not easy to move around. Pushed too hard with a low-sensitivity speaker, it can muddy up. Best with other balanced gear, when it sounds quieter and looks even cooler.

Final verdict: A fine amp for both audio and lifestyle enthusiasts, the Burmester 082 is the sort of component you’ll stick into the system and forget about. Partnered with the right ancillaries – and I’m thinking it won’t be as fussy as some – it delivers an overall sonic performance can rightly be described as alluring.

If you’re looking at a high-end amp in a single-box and you’re heavy on the jazz, classical and acoustic recordings, the 082 should be high on your shopping list. It’s as German as they come, and with a heart-warming presentation. 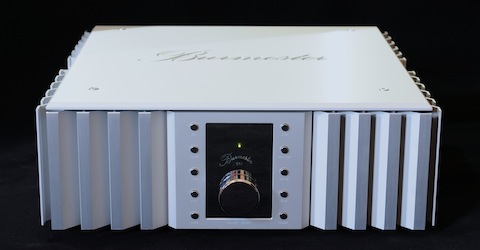