THERE will come a time – if it isn’t already here – that purist audiophiles won’t even need a CD player in their system. Especially with products like the new Cyrus Audio Stream Xa mushrooming all over the hi-fi realm.

If the goal is to enjoy music from various sources and without fuss, this pure streamer with analogue outputs will fit the bill – plug it into your Internet router via the Stream Xa’s Ethernet port and it’s ready to please. 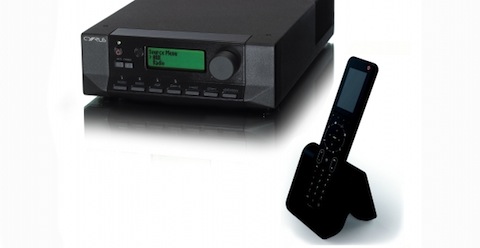 The Stream Xa also has a DAC on board and six digital inputs (including one USB), apart from its ability to access thousands of radio stations across the bottomless Internet universe via the TuneIn Radio feature that all Cyrus streamers have.

The Stream Xa uses components similar to Cyrus’ high-end Stream X2, and is engineered to optimise playback of high-resolution 24-bit/192kHz audio files. It comes with the n-remote but can also be controlled by Cyrus’ proprietary Cadence app for iOS.

The Streamer Xa is compatible with most UPnP media servers and formats. So if you’re looking for a shoebox-sized component to bring Internet radio and other digital goodies to your hi-fi system, this is a candidate.