First impressions: DACs are the hottest products in audio these days, and separating the wheat from the chaff can be a difficult task. Given the plethora of options available to the consumer, it takes a lot for a DAC to rise above the crowd and distinguish itself. Judging by the performance of the Exposure 2010S2 DAC, it should stand out.

What is surprising is the scant amount of information about the product available online – the manual included with the unit is merely a quick-start guide and hardly comprehensive.

At a glance, one wouldn’t expect much from the 2010S2 – but then again, this is one product that is to be enjoyed, not over-analysed.

Specs: The 2010S2 is a minimalistic design – just a simple metal chassis measuring 90 x 440 x 310mm (h/w/d), with an aluminium front panel equipped with a LED display and six function buttons below it, and an on/off power button. The chassis is essentially made from sheet metal and isn’t particularly hefty – fairly lightweight at 5kg, actually.

Connections on the back panel are a deviation from the norm. There are digital inputs a-plenty; two optical inputs, one USB input, and three coaxial inputs. All three coaxial inputs, however, are of the BNC variety. These do give a better connection than the usual RCA type, but you’ll need an adapter to use your existing digital interconnect (fortunately, I had a length of BNC-terminated digital cable at hand).

A pair of analogue stereo outputs provide signals to the amplifier, and there are also two digital outputs – optical and coaxial (BNC) – provided, as well as a headphone output and an IEC power cord socket. 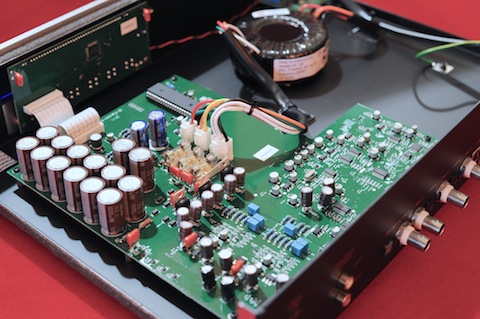 As for technical specs, this DAC will accept digital signals up to 24-bit/192kHz resolution, but only via its coaxial inputs. The USB input, which typically allows the unit to be hooked up to a computer, is limited to 24/96 only. This, for me, is the biggest drawback of the 2010S2 – 24/96 is still plenty and a definite improvement over CD’s 16/44.1, but it is not enough when there are higher resolutions out there.

The digital section also has five filter options. Personally, I found little to distinguish between them, and did not fiddle with them for most of the review.

One interesting feature of the 2010S2 is its ability to drive a power amplifier directly, without going through a preamp. While there were noticeable sonic gains in doing so, the inconvenience of limiting the system to only one source overshadowed the benefits.

Performance: Quite simply, the 2010S2 is a capable performer. What struck me first was how it got the fundamentals right. While it may not be the ultimate reference in each area, it brought out enough to make listening very enjoyable – sweet highs, solid lows, a wide and deep soundstage and a seductive midrange.

It always seemed to strike a nice balance, and did not highlight any particular trait over the other. It didn’t matter what kind of music I played through it – rock, classical, jazz, instrumentals – they all were conveyed convincingly.

If I had to nit-pick, I could say I got more treble extension and deeper, harder-hitting bass with my resident DAC – but you can’t quantify listening pleasure by these absolutes, can you? What the 2010S2 gives you is a more engaging musical experience.

Once you get past some minor operational quirks, it just draws you into the music. There’s a certain fluidity and smoothness to its sound that keeps the foot tapping and fingers snapping. There’s less analysing – at its price range, I would say it is one of the most un-digital-like digital products available.

However, the 2010S2 is not the most user-friendly component available. Setting up the unit to one’s needs requires going through its menu system, and this can only be accessed via the buttons on the front panel. The remote control unit works with other Exposure gear – but with the 2010S2, only the input selection, volume control and display brightness could be controlled.

I also found the variable output function a bit quirky. Switching between fixed and variable output modes didn’t seem to work on-the-fly, and I had to power the unit off and then on again before it kicked in.

The volume control also works in headphone mode, and the amplifier section drives full-sized headphones well. The output for the headphones is of the 3.5mm mini-jack variety, but seeing that most headphones fit a 1/4-inch adapter over the mini-jack, this appears like a well-thought-out choice. 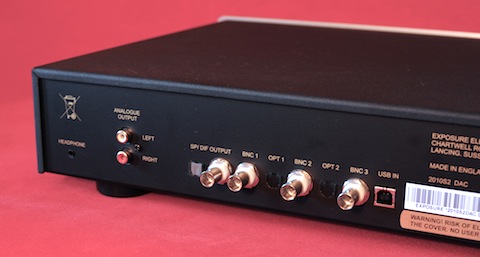 The good: Great bang-for-the-buck, excellent-sounding, highly musical and smooth sonics. Would be a worthwhile upgrade for a beginner to mid-level CD player, and computer audio-compatible too. One of the most engaging digital products you’ll find at the price – and perhaps beyond.

The ungood: System menu cannot be accessed and operated via remote control. USB input limited to 24/96 only. I also had some trouble connecting to PC in WASAPI (which supposedly gives bit-perfect output with Windows 7) mode, and had to use the not-so-desirable direct sound mode instead. There a minor operational quirks but this will only bother listeners at the beginning of each listening session.

Final verdict: The 2010S2 is not the most analytical or detailed DAC you will find, but it makes up for that in spades when it comes to musicality. Those looking for typical hi-fi traits won’t be awed with this, but the Exposure will find favour with listeners who place music first. If I had not purchased a DAC not too long ago, this would be high on my shopping list.