Burmester 061 – an abundance of class

Yet, the classy looks, top-loading design and sturdy construction tempted me – I wanted to hear it in action. There was no doubting the build quality. I had to take home a Burmester amp (the 082) as well, to derive optimum performance via the balanced route.

Initially played via the resident system, using the 061’s single-ended connectors, I sensed a breaking of the mould … nay, make that preconception. German hi-fi gear should sound precise, controlled … and clinical. Or so I had grown to believe. The 082 amp reviewed here recently proved this was not always the case. And so it was with the 061. I’ve come across more detached performances – the 061 is better involved in the proceedings.

Specs: Burmester describes the 061 as “a top loader with a direct-drive turntable.” Note the analogue analogy! The model, which has enjoyed an extended run, slots into what the company called its “Classic Line”.

The drawer lid, operated manually, is a slick piece of work – underneath is a small puck to clamp the CD. The case is made of milled aluminium.

Two coaxial and one digital inputs each are offered, so the 061 can double up as a “hub” if you have other digital sources to route through the player. As for outputs, you get a set of XLRs and two pairs of RCAs in the analogue section. Also provided are a coaxial and optical digital output each – just in case you have in a possession a DAC of much higher grade. 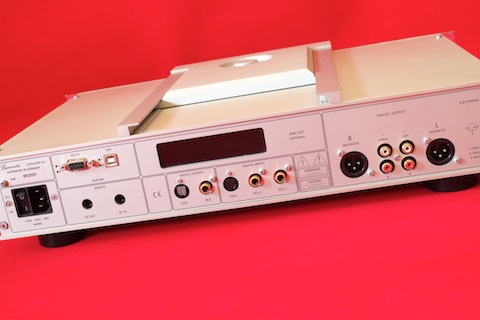 Burmester doesn’t say what DACs are used in the 061 but upsampling to 24-bit/96kHz is provided, which is switchable to 24/192. The output voltage for the analogue outputs are 4V (balanced) and 2V (single-ended). The “BurrLink” output allows for integration with other Burmester gear.

Each unit measures 482 x 112 x 340mm (w/h/d) and weighs 10kg. Typical of many German products, the 061 is sturdily built, with clean lines and no fancy curves. Almost like a Krell of yore, but in a different colour and with more refined looks.

Performance: The initial listening sessions were conducted via the resident amplification, all single-ended. Against my Ayon player, I thought the 061 sounded more laid-back, and less forceful, especially when it came to dynamics.

However, it was not typically “CD-like” in the worst sense of the description … like the 082 integrated amp, there was a pleasantness about the overall texture… almost forgiving and with a tinge of silky warmth.

Having run the Ayon with the Burmester amp, I then proceeded to set up the 061 in the same environment. The single-ended mode didn’t change my initial impressions of a competent and involving disc spinner. When I opted for the XLR outputs – the 082 is also a balanced designed – and sat back in expectation of some minor changes, I was surprised. This time, it was as if I had stripped a layer of almost colour-free tint from a glass window, leave it pristine and bare.

The 061 presented its best sonic performance in this mode – a deeper insight into the mix, superior handling of dynamics and a cleaner balance across the frequencies. However, one would never accuse it of being clinical – there was still a great sense of involvement, and enough rhythmic flair to keep the foot tapping.

I found it to have a better grasp of acoustically-dominant recordings, where the backdrop was darker than the Ayon, allowing for a more contrasted presentation of detail. There was more air to the instruments and a tighter hold on the bass. Fed with rock and electronic music, the 061 still delivered capably although I preferred the Ayon’s level of slam and grunt with this type of material.

Of course, the 061 could also be unforgiving of poor recordings, although not to the extent some high-end components are – again, that little suggestion of warmth, without sacrificing detail, served the overall presentation well. 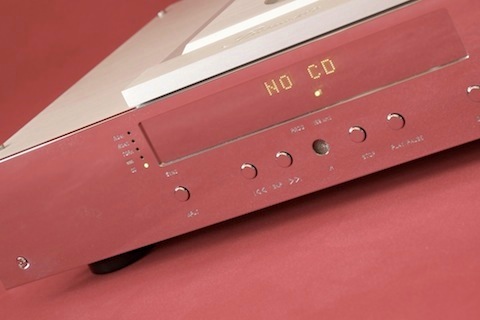 The good: A definite case to keep buying CDs with good quality recordings. Operation through balanced mode reveals the 061 to have truly high-end aspirations and meeting most of them without compromise. It’s not a master of analysis, but what it reveals is significant.

The ungood: Balanced mode operation is required to elicit its best and I suspect within the Burmester range is where it will perform optimally. If you’re going to use it with some other balanced amp, do check the orientation of the XLR pins – the German and US modes for the “hot” and neutral pins are switched.

There’s also much competition across a wide price band.

Final verdict: Despite the price, and despite the fact that it takes the balanced mode to bring out its best, I found the Burmester 061 to be a highly enjoyable CD player. It won’t harm the eye – the WAF is high – and will please the ears and other senses.