THE growing clamour around DSD (Direct-Stream Digital), the technology behind SACD that’s moving into other realms, gets another boost with Antelope Audio’s Zodiac Platinum 256x DSD digital-to-analogue converter, which the company is launching this week along with its Rubicon Atomic AD/DA preamp.

The latter is “the first audiophile preamp with an integrated atomic clock”, according to the Denver, Colorado-based digital proponent.

Antelope says the Zodiac Platinum DAC “brings audio appreciation to a higher level, offering the audiophile community the widest DSD support, including the unique 256 DSD mode and a PCM sample rate of 768kHz via a custom-built USB chip”. 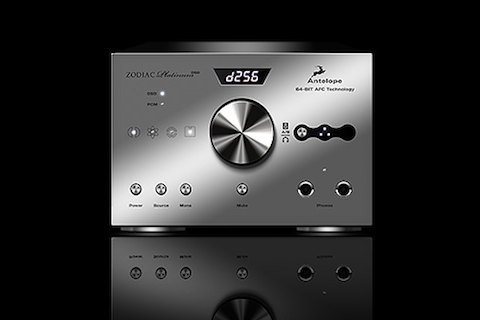 “The extreme DSD256 greatly extends the accuracy and transparency of the audio reproduction as well as the overall system performance. The custom-designed Antelope USB chip compliments high fidelity by reducing clock jitter and pushing the envelope of the USB streaming with sample rates four times higher than those offered by similar devices,” the company adds.

Unlike the plethora of high-end DACs that upsample via the PCM route, the Zodiac Platinum is the first device to offer a DSD upsampler. This allows DSD64 to be upsampled to DSD256, pushing DSD noise into higher frequencies, thus enhancing the quality of conversion. The Zodiac Platinum bypasses internal digital filters built into the DAC chip by implementing a custom upsampler with carefully designed high-precision linear phase filters. 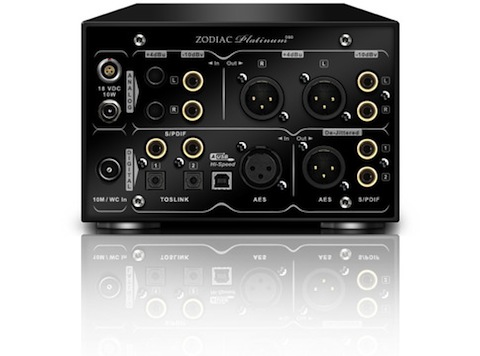 The Zodiac Platinum will be sold in a bundle with the second generation of Antelope’s Voltikus audiophile power supply, which has a separate power line filter onboard, improved transformer shielding and a better connector.

The Rubicon, meanwhile, incorporates the Rubidium and offers the unique 256 real DSD upsampler, for what the company claims is the “most accurate audio representation and detailed soundstage of both analogue and digital recordings.”

This 384Hz converter/phono preamp/headphone amp with integrated atomic clock is a world first, says Antelope. Onboard are six analogue inputs (including one for phono), eight digital inputs (including Ethernet, Word Clock and USB), balanced and single-ended analogue outputs and three digital outputs.

The Rubicon is available now while the Zodiac Platinum is expected to ship soon.