LET it go on record that I hate listening to music via anything that fits over, around or into my ears. I prefer the devices to be placed a few feet away, like, yes, proper speakers. Despite the occasional flirtation with over-the-head headphones in the late 1980s (I once had half a dozen of them around the house because… well, it seemed like a good idea then), I’ve seldom felt the need to go hunting for them whenever there was surplus cash.

The only time I use them nowadays is when I’m dabbling in a recording project. My iDevices are routed via a dock or cable to my hi-fi, AV or in-car system. I have, however, inadvertently, collect a number of in-ear ‘phones, thanks to the fact that each time one buys an iPod, iTouch, iPad or iPhone (or anything else, it seems), one gets a free pair.

I’ve found most of these to be unsatisfactory for long-term listening. They’re intrusive, sound brash and bright, hurt the inner ear after a bit… and have bits and pieces falling off them in a few months. I once tried a pair of Monster Beats (I don’t recall which), but unplugged quickly. Thus, when offered a pair of Velodyne vPulse in-ear units, I was a bit hesitant to take them in… plus, they’ve been in the market for a while. The multiple-sized ear-tips, though, made me change my mind. 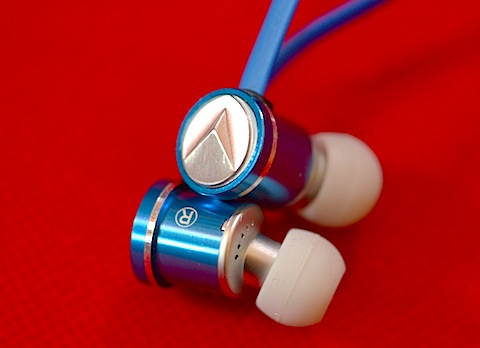 BITS AND PARTS: The Velodyne literature describes the vPulse as having “precise, low-distortion audio quality” with an “advanced design” that allows for hours of comfort. Plus, there are in-line controls for volume, music playback and mobile phone calls. These controls are compatible only with third generation and newer iPods, iPads, and iPhone 3Gs, 4, 4s and 5. A high-quality microphone is provided on the tiny control box.

Velodyne claims the 10mm drivers, along with a noise-reducing design and use of quality materials, delivers massive and tight bass, while the flat cable cuts down on messy tangles.

These ear-buds (as I like to call them) come is black, electric blue and hot pink options… sonics apart, they’re also ostensibly for people who want to move out of the “white” zone! A cable clip and shoestring pouch come with the package.

Quoted specs are a frequency response of 20Hz to 20kHz, 16-ohm impedance and 92dB sensitivity.

IN CONCERT: I’ve found most headphones – in-ear or otherwise – to have inherent bass control of a physical nature. Press them closer to your ear and the bass response increases significantly. It’s the same with the vPulse. The difference is, the vPulse will stay in place due to the tips that are pliant and snuggle into your ear canal cosily, unlike other types that will move back into their natural position once you take your hands away.

The other good thing about the vPulse is that it doesn’t sound bright; The treble, however, is never overwhelmed by the bass even when the tips are pushed in further… tonally, the vPulse sounds balanced generally, while the bass is big without being bloated and the midrange sports a smooth quality you won’t find in packaged ‘phones.

These apart, I found a fair bit of detail emerging from the music, which I have quite a bit of in MP3 and WAV formats. The ability to convey subtleties sets the vPulse apart from your run-of-mill units, while the handling of dynamics was well controlled. The usual warning about playing too loud at the risk of damaging your eardrums holds here as well.

I forced myself into longer than usual hours of listening and while the feeling of a foreign object in my ear was still disconcerting, I never experienced any fatigue, thanks to the refined upper ranges. 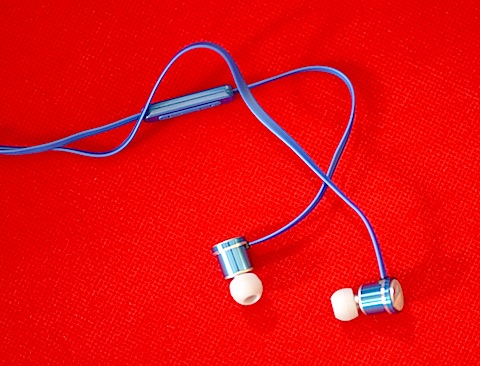 APPLAUSE: A well-designed pair of in-earphones often costs quite a bit, but Velodyne shows how it can be done while keeping the price under US$100. I like the bass quality and the overall smoothness of delivery.

BUT…: Sonically, some may prefer the excitement (and potential for eardrum damage) other big names in this field offer. And I’m still uncomfortable with those tips during longer sessions.

FINALE: If you do a lot of listening via in-ear headphones, the Velodyne vPulse will prove to be a significant upgrade, whatever the sort of music you like. It’s got a lot of heart and soul for a little fella. And, of course, there’s the very tempting price.